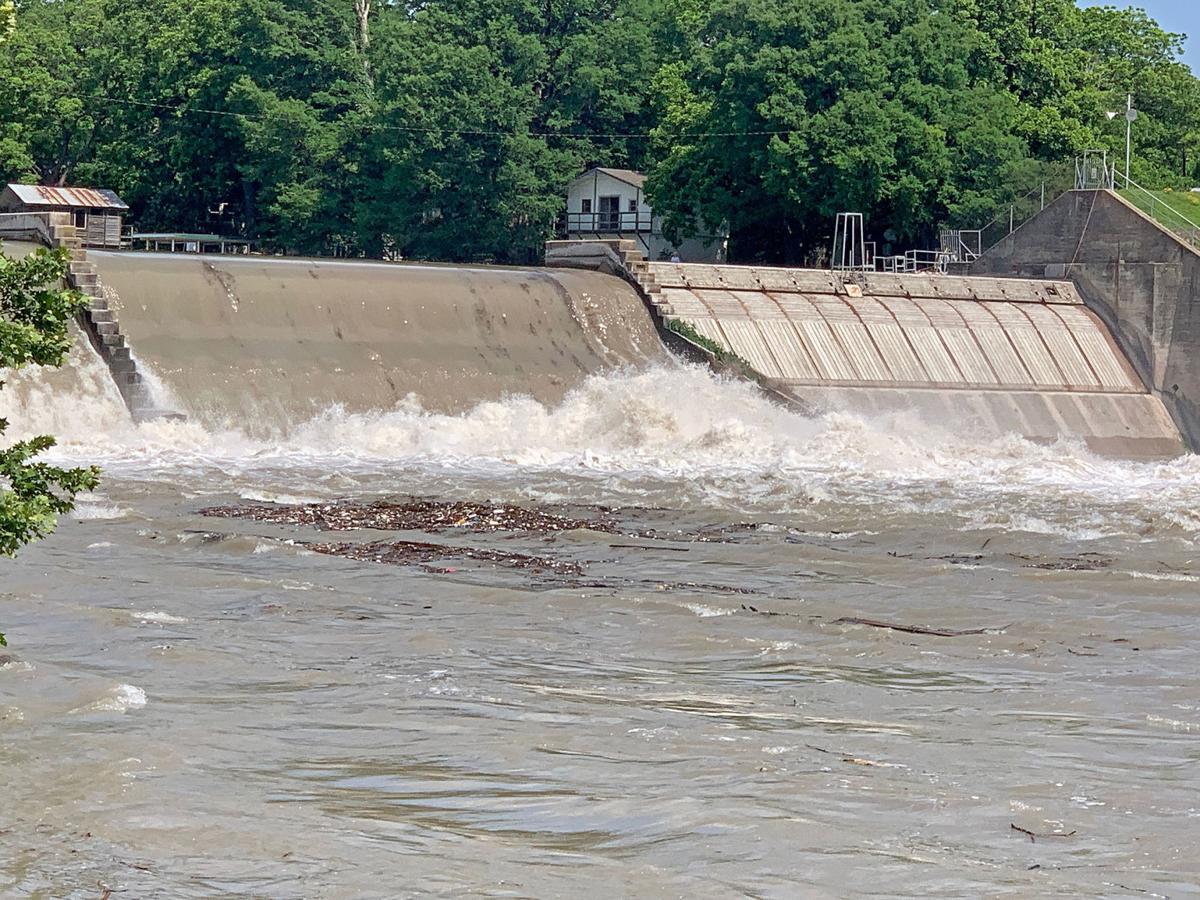 Water rushes over the Lake McQueeney Dam after a spill gate failed on Lake Dunlap, Tuesday, May 14, 2019. 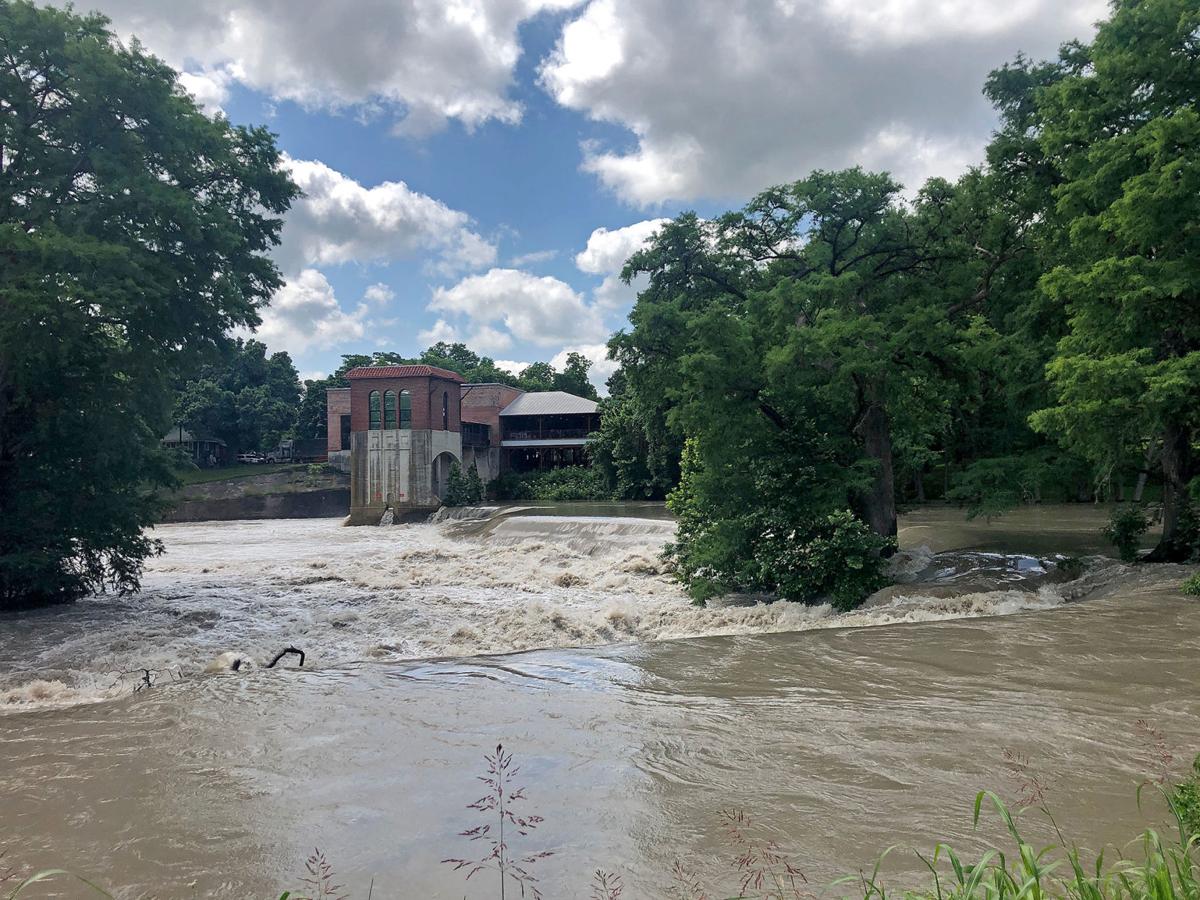 Water rushes over the dam in Starcke Park after a spill gate failed on Lake Dunlap, Tuesday, May 14, 2019.

Water rushes over the Lake McQueeney Dam after a spill gate failed on Lake Dunlap, Tuesday, May 14, 2019.

Water rushes over the dam in Starcke Park after a spill gate failed on Lake Dunlap, Tuesday, May 14, 2019.

Water continues to pour out of lake Dunlap, draining the lake after a spill gate failed early Tuesday morning.

Officials say the lake, located in the northern portion of Guadalupe County on the Guadalupe River, will have completely drained by day’s end.

Water began to surge over the Lake Dunlap dam after the spill gate failed around 8 a.m. Tuesday morning, dumping water downstream at about 11,000 cubic-feet-per-second (CFS), causing river and lake levels downstream to rise.

No evacuations were called, however, residents and recreationalists were advised to take precautions as the water surged down the river.

“We have some initial flooding with the water surge that will even out as the natural typography mitigates that impact of that pulse,” Gonzales said. “We are asking people downstream to take precautions, tying down any recreational items and for recreationalist to be mindful of the dangerous conditions. There could be swift currents, the water flows could be approximately 2000 CFS.”

Assistant Emergency Management Coordinator Bryce Houlton said GBRA was using the floodgates downstream to help control the rapid flow of water that was released to avoid any more damage.

“The ones that are closer to the dam are the ones that are going to be most affected the quickest,” Houlton said. “We’re looking at, hopefully, minor stuff. We’re monitoring it and trying to keep everybody as updated as possible. The National Weather Service is looking at it as well.”

As crews assessed the situation, Gonzales said the failure appears to be similar to the one that drained Lake Wood three years ago.

Since then, GBRA has worked with engineers to design new gates for the river system, however, it could be costly.

“The design is not yet completed, but the cost could be tens of millions of dollars for each of the six dams,” said. “So, this does create a funding issue.”

It is still unclear when the flow of water will slow, Gonzales said.

They gathered along the banks of what used to be Lake Wood and talked.

GBRA has millions of dollars to move from Seguin to New Braunfels, yet they want to play poor when it comes to dam maintenance. Talk about a poorly run organization.

Since their construction, these structures have been tested several times by extreme flood conditions. The current problem makes me wonder about the anticipated life-span of such structures and whether plans exist for their replacement in the future, or in the event of a failure. Too often they are taken for granted as lasting forever.

I wonder what Forrest Mims has to say about this, and with the right people listen this time?