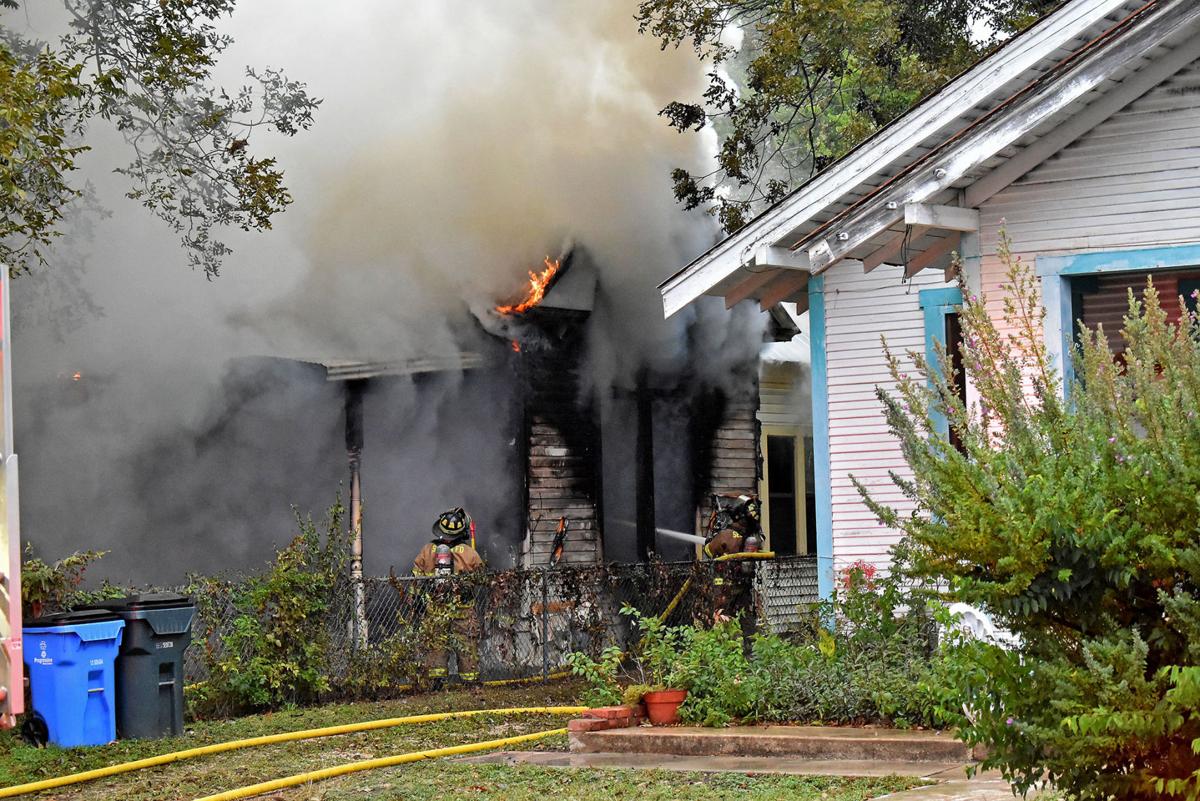 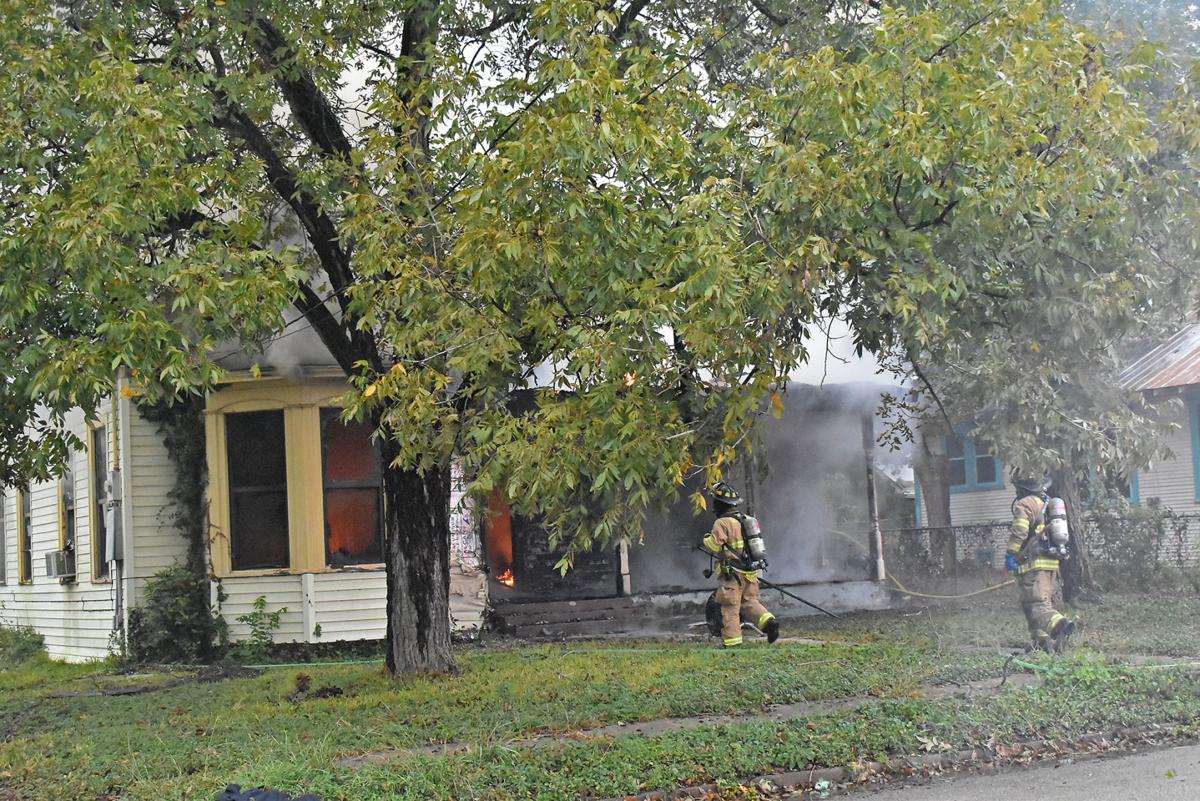 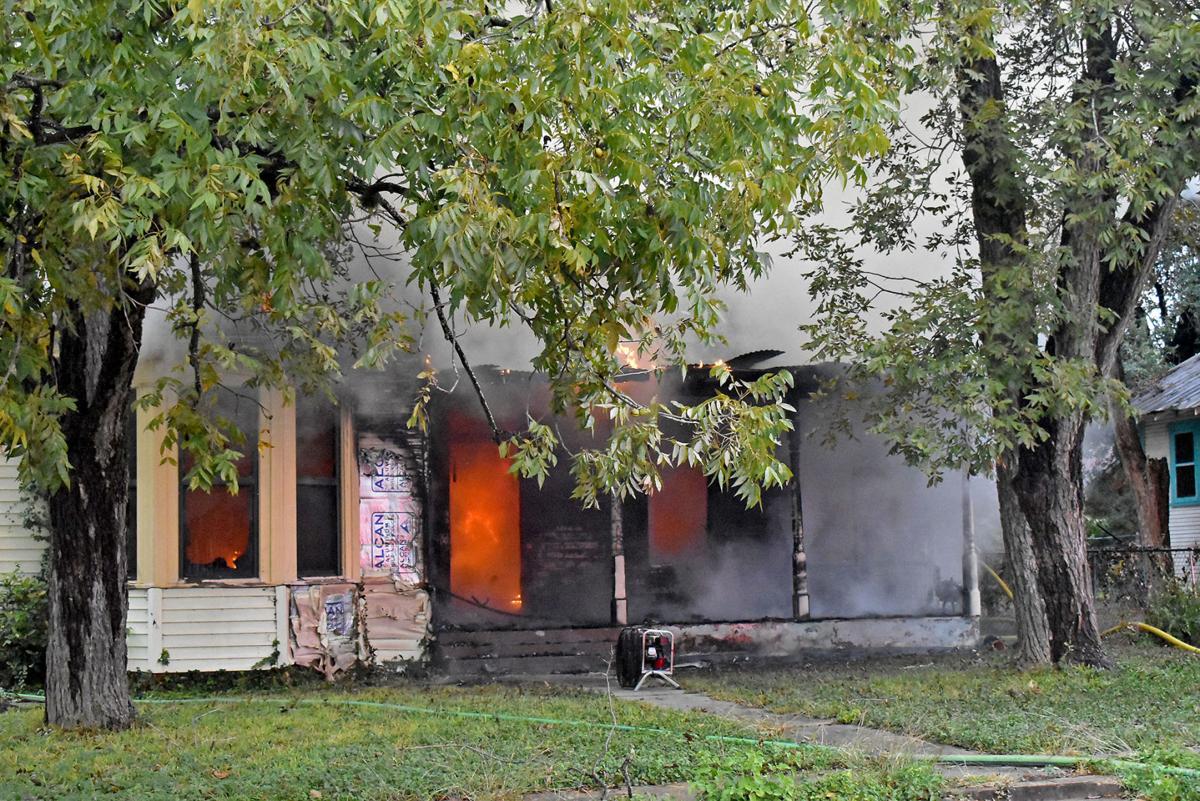 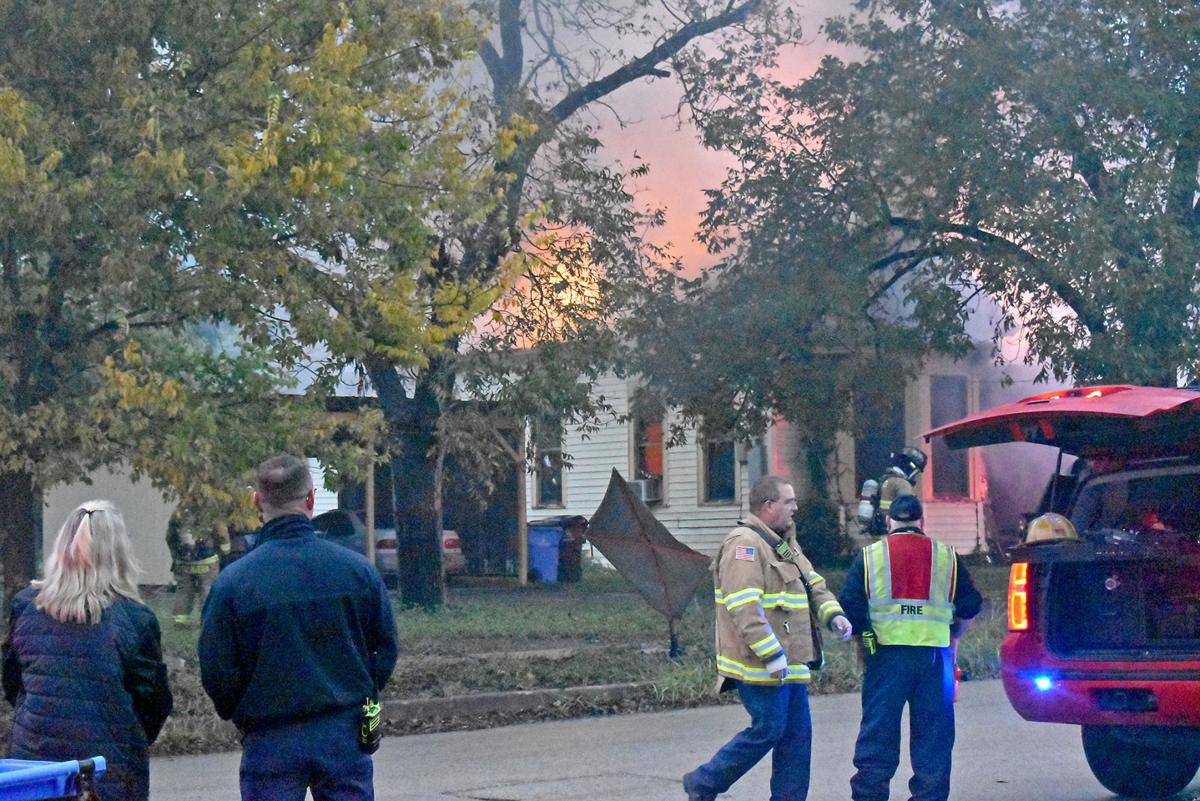 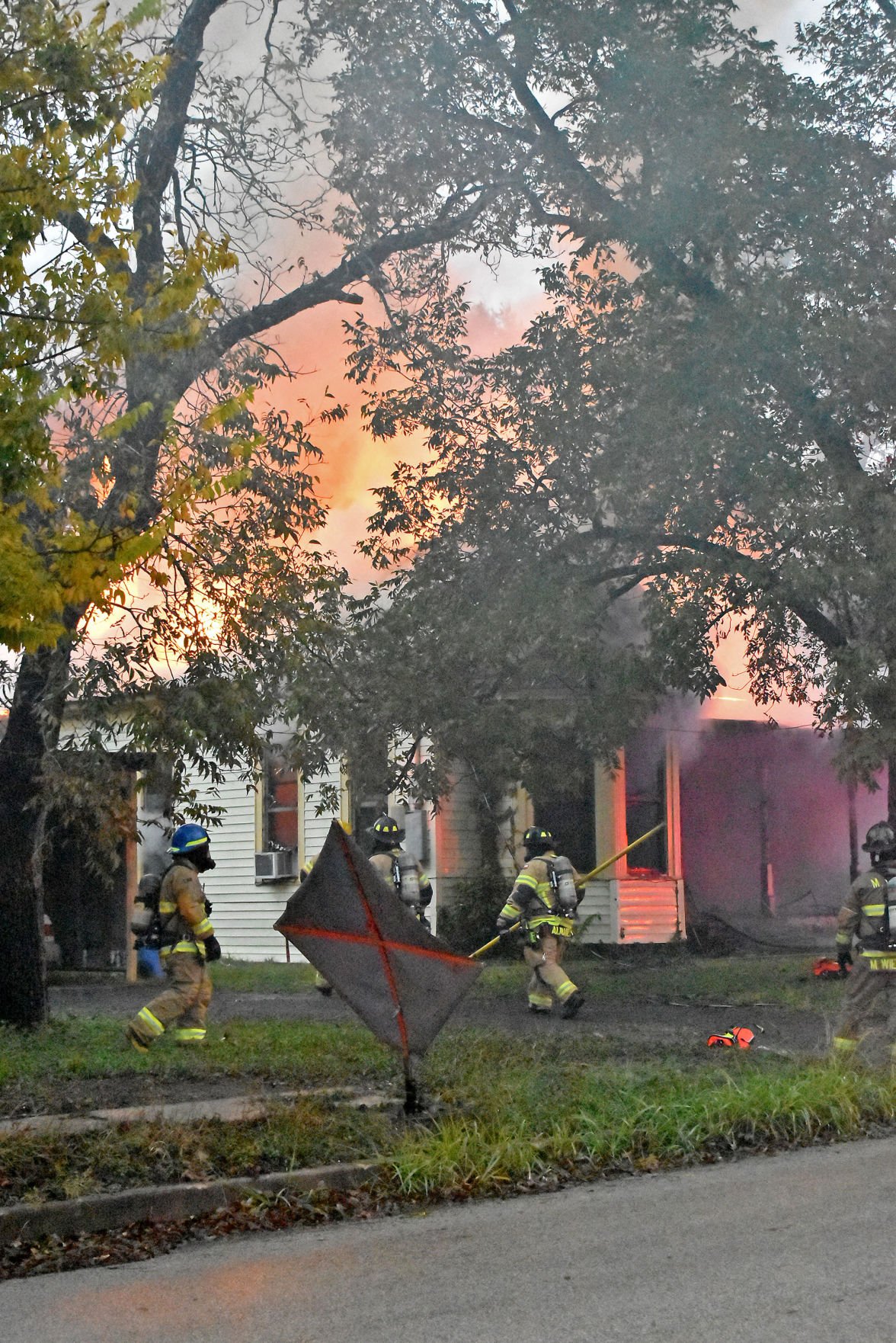 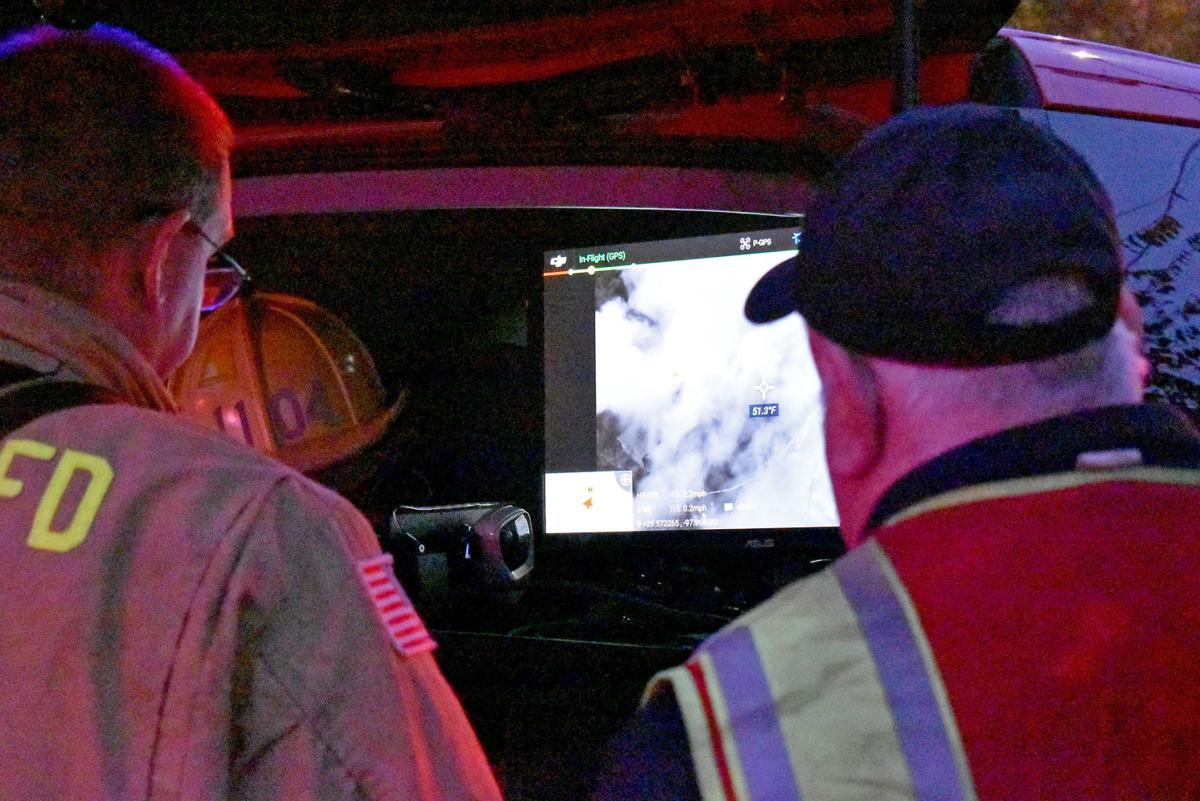 Fire officials use a drone to get an overhead look at the fire that damaged a home on Thrusday, Nov. 14, 2019 in the 300 block of W. Ireland.

Fire officials use a drone to get an overhead look at the fire that damaged a home on Thrusday, Nov. 14, 2019 in the 300 block of W. Ireland.

Multiple fire departments worked to save an older home that was damaged by a blaze on Thursday evening.

The fire was reported at about 4:45 p.m. at the 300 block of West Ireland St. and when firefighters arrived they found heavy fire involvement at the front of the house, Seguin Fire Chief Dale Skinner said.

A male resident was on the scene when firefighters arrived, Skinner said. H was quickly assessed by an ambulance crew, but was not transported to the hospital, Skinner said.

The age of the home caused made it difficult for firefighters to extinguish the flames, Skinner said.

“The fire is being a little stubborn because of the age of the structure and the construction of it,” he said. “It makes gaining access into the attic a little more challenging than a more modern home.”

Through the preliminary investigation, it appears that the fire may have started at the front of the home and slowly spread throughout the structure, Skinner said.

“What the fire has done is it's gone up into the attic space and has traveled throughout the space because it is all open,” he said. “I don’t know what the conditions are of the rear of the structure down in the living area, but I do know that there is significant fire damage to the front of the structure.”

The cause and origin of the fire are under investigation.