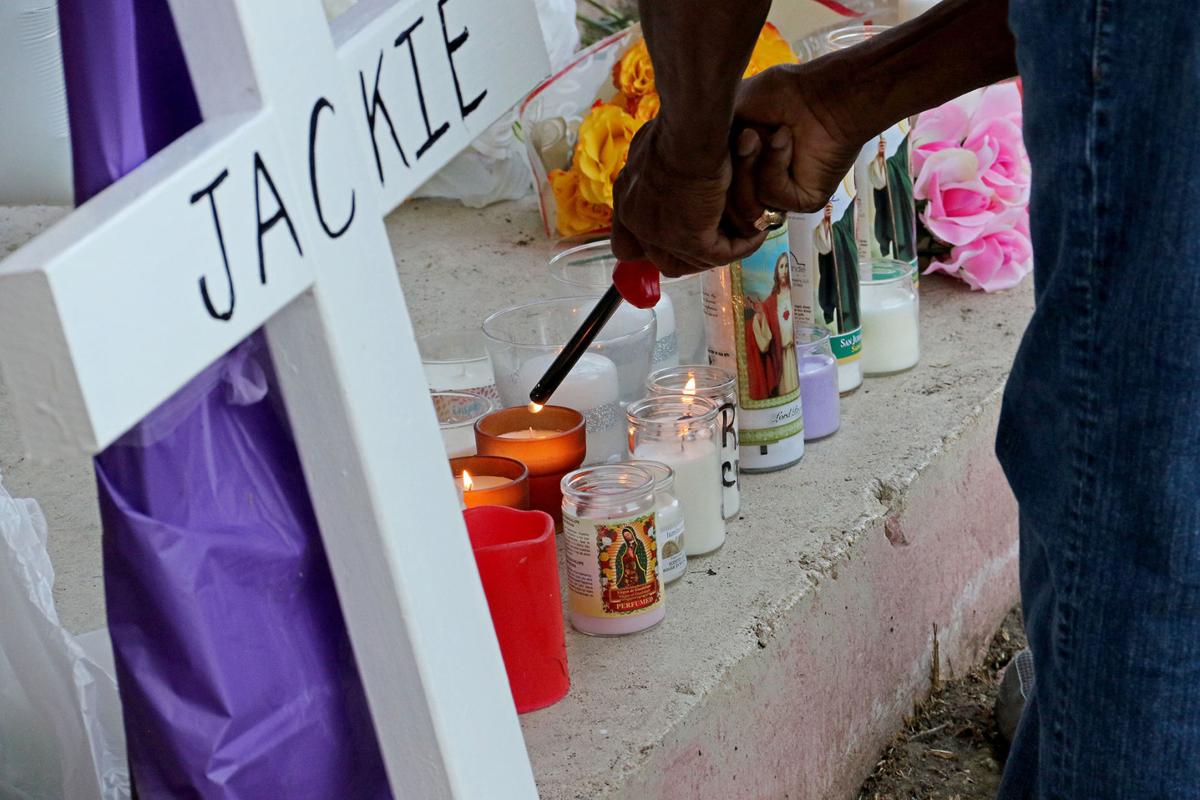 A candle is lit next to a cross on the front porch of Jacqueline Crayton's home during a vigil in her honor on Monday, July 15, 2019. 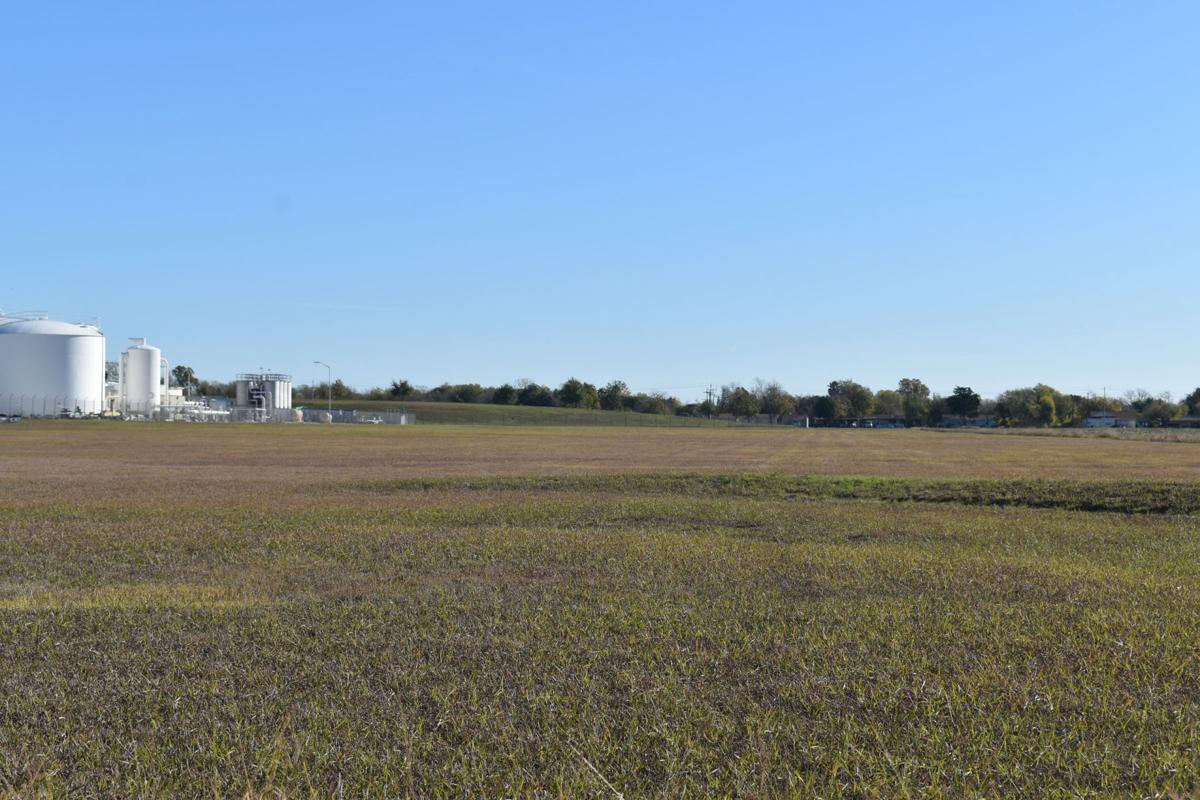 United Alloy is planning to bring a $35 million investment and 100 jobs to Seguin.

Mary Lee Stigall looks out at Lake Dunlap from her backyard on Friday, May 19, 2019. "I am just changing my mindset. I think of it like a beach. What are you gonna do? Stop your feet and get angry? No, we just have to wait for them to figure it out," said Stigall.

GBRA and the Guadalupe Vally Lake system dominated the headlines after the May 14 spillgate failure on Lake Dunlap.

The failure was the second of GBRA’s in three years. The first one happened in 2016 on Lake Wood in Gonzales County.

In both incidents, the failures caused the lakes to dewater leaving only the river channel remaining.

In that time, residents have risen up, strengthened their lake associations and worked together to bring the two dewatered lakes back to capacity, and keep the same from happening at the four remaining lakes — Lake McQueeney, Lake Placid, Meadow Lake and Lake Gonzales.

Following an investigation into the spillgate failure, GBRA leadership said the failures came from aging infrastructure. The dams are all about 90 years old.

In an effort to keep residents and visitors safe, GBRA announced it would drain the remaining lakes, prompting lawsuits and a safety study to halt the decision.

Engineers determined safe zones for residents to continue to enjoy the lakes, while an agreement of how to move forward can be reached.

So far, the Friends of Lake McQueeney have gotten the go-ahead from the cities of Seguin and New Braunfels as well as Guadalupe County Commissioners to move forward and create a Water Control Improvement District. This will allow the property owners to call for a bond election and levy a tax to help repair and maintain Lake McQueeney Dam. Lake Placid is not far behind in their process of doing the same.

PLDA members announced they had devised a plan to pay for replacement of the spill gates with GBRA’s help. GBRA will fund design and engineering for the new, hydraulic crest gates, issue debt to raise money needed for construction and contribute gross revenue from hydroelectric power generated on Lake Dunlap.

Property owners are expected to vote May 2, to establish a water control improvement district that will be responsible for the debt service, PLDA board members said. Under the proposed plan, construction could begin as early as Summer 2020 and be completed by the end of 2021.

On July 7, police discovered a woman and her daughter had been living in a home with the skeletal remains of the woman’s mother for three years.

Her daughter Delissa Crayton, 47, was arrested for allegedly forcing her child to live in the home where police say her mother — Jacqueline Louise Crayton — fell, died, and was left to decompose on a bedroom floor three years ago.

The skeletal remains were found in a bedroom of a home in the 900 block of Anderson Street after police began investigating a claim of child abuse, Seguin Police Chief Terry Nichols said.

“Investigators believe that during 2016, Jacqueline Louise Crayton, suffered a non-life threatening fall in the bedroom at the residence she shared with her daughter and granddaughter,” he said. “At the time of the fall, Delissa Crayton failed to provide adequate assistance and we investigators believe Jacqueline died within a few days while lying on the floor.”

Jacqueline Crayton would have been 71 years old at the time of the fall, Nichols said.

When police entered the two-bedroom home, Nichols said they found the remains lying on the floor in one of the rooms behind an unlocked, closed door.

Delissa Crayton and her daughter, who was under the age of 15 at the time of the fall, continued to live in the house in the second bedroom, Nichols said. Jacqueline Crayton was not reported missing.

She is awaiting trial.

In the last six months of the year, Guadalupe County saw three manufacturing businesses announce they were coming to town, bringing with them hundreds of millions in capital investment and more than 1,300 new jobs.

Aisin AW began manufacturing transmissions as part of a joint venture with BorgWarner in 1969 as Aisin Warner. While the venture ended in 1987, Aisin took on the name Aisin AW and continued manufacturing transmissions, eventually establishing a research and development center in Michigan and then a production facility in North Carolina as AWNC, which currently serves as the supplier of transmissions for Toyota San Antonio, Toyota Motor North America Executive Vice President Chris Nielsen said.

CSP, which is under the umbrella of parent company Teijin, has pledged $65 million in capital investment, at least 200 jobs in the engineering and manufacturing fields, plus a community partnership.

United Alloy Inc. is planning to build a 200,000 square-foot “state-of-the-art” facility on a 27-acre lot between Eighth Street and Guadalupe Street just south of Interstate 10, a news release from the city read. The business is slated to bring 100 jobs and bring $35-million capital investment.

Family, friends honor woman found dead in her home with a vigil

An orange glow illuminated the front porch of the home where Jacqueline Crayton lived and died.

CIBOLO — With a turn of 16 shovels, AW Texas officially broke ground on its transmission plant in Cibolo bringing with it $400 million in inve…

A new manufacturing facility is slated to create 200 jobs in Seguin and $65 million in capital investment.

CIBOLO — An automotive parts manufacturer from Japan is making Guadalupe County, more specifically, the city of Cibolo its new home while brin…

TOYKO — A new plastics manufacturing facility with connections to Tokyo is slated to create 200 jobs in Seguin and $65 million in capital investment.

The city of Seguin’s manufacturing industry could see some growth in the near future.

A new manufacturing facility is slated to make its way to Seguin, bringing a $35 million investment and about 100 jobs.

A new manufacturing facility is slated to make its way to Seguin, bringing a $35 million investment and about 100 jobs to the area.