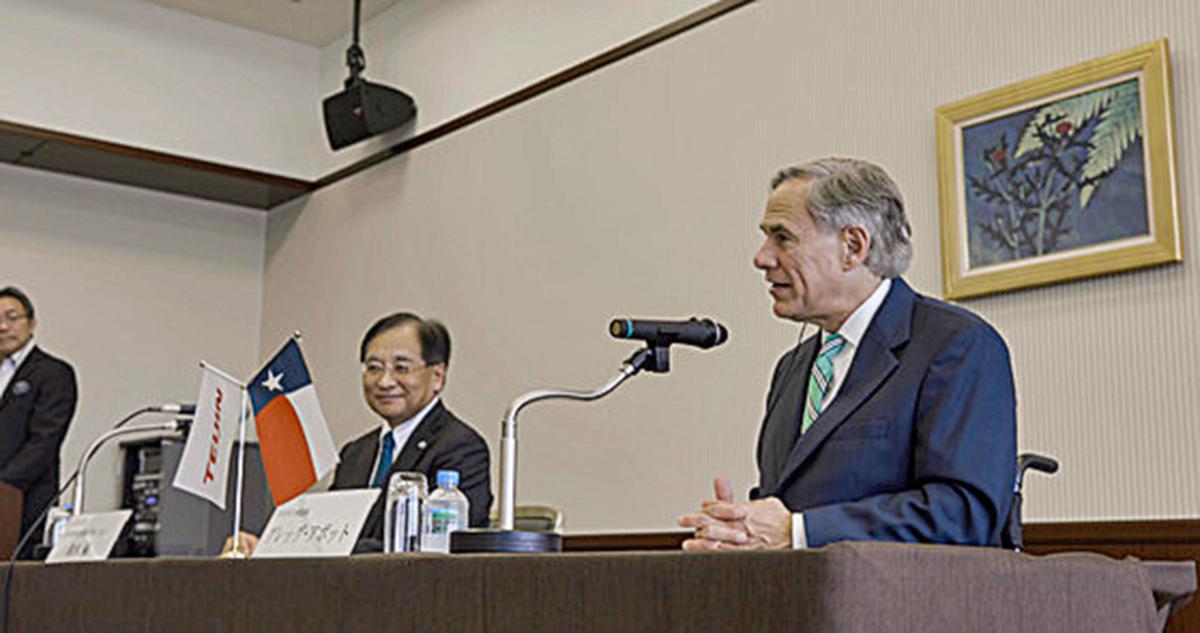 Govenor Greg Abbott along with executives from Teijin announce the plans to build a Continental Structural Plastics plant in Seguin on Friday, Sept. 27, 2019 in Toyko. 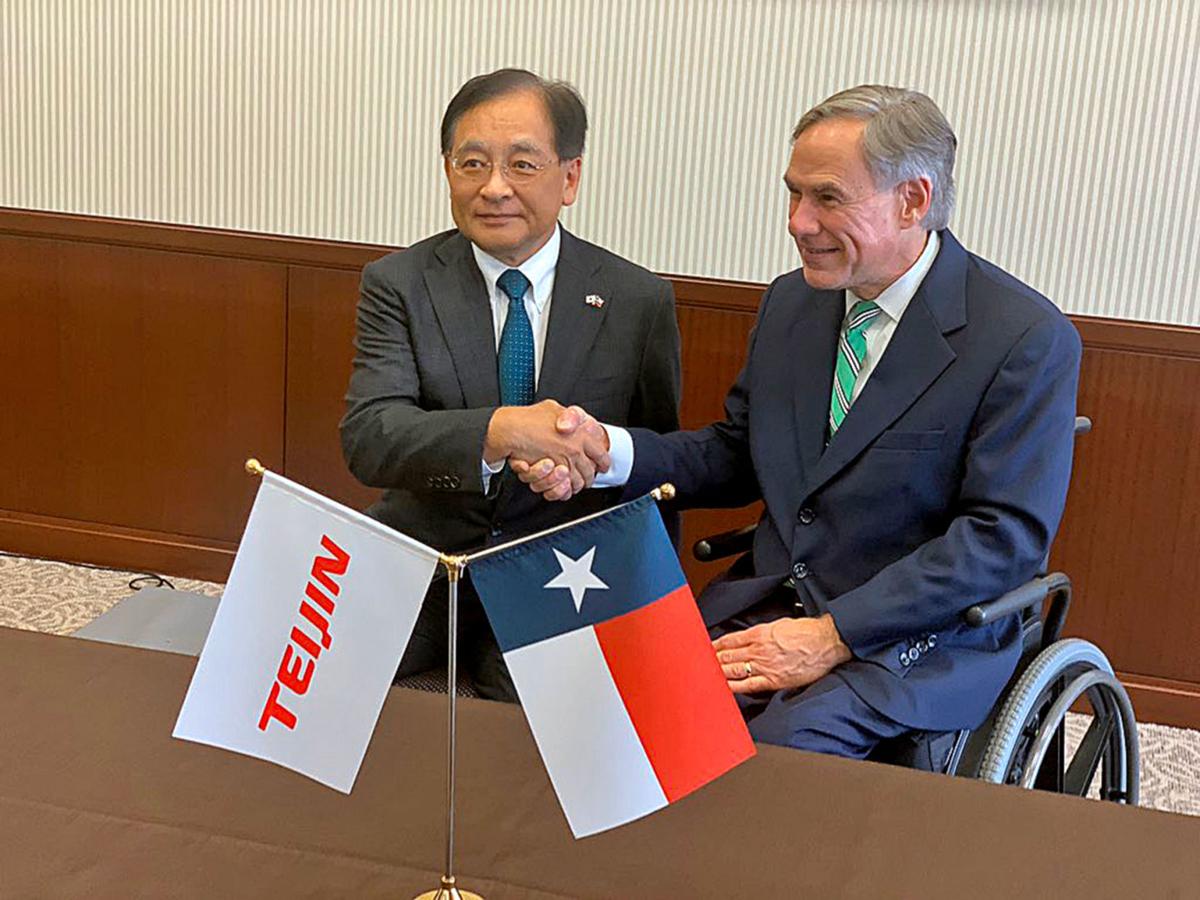 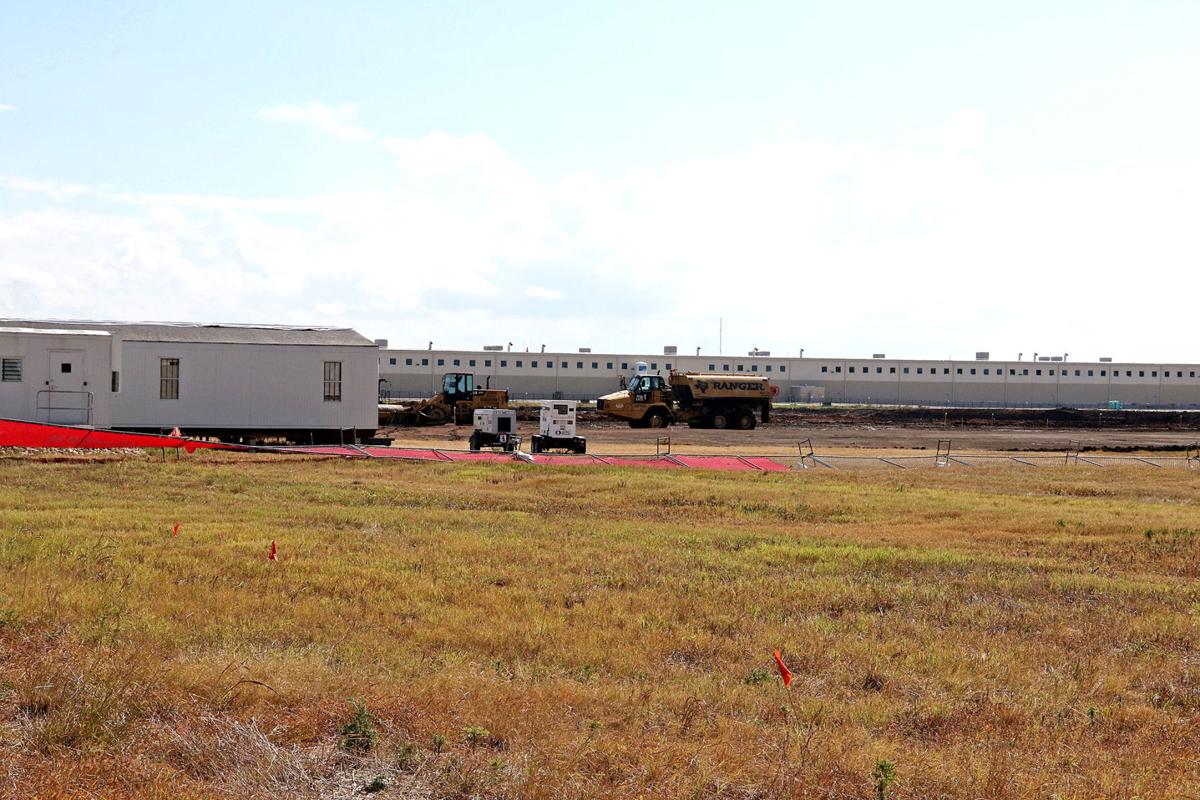 Large equipment is moving dirt on the site that is slated for Continental Structural Plastics at the intersection of Interstate 10 Access Road and Eighth Street.

Govenor Greg Abbott along with executives from Teijin announce the plans to build a Continental Structural Plastics plant in Seguin on Friday, Sept. 27, 2019 in Toyko.

Large equipment is moving dirt on the site that is slated for Continental Structural Plastics at the intersection of Interstate 10 Access Road and Eighth Street.

A new manufacturing facility is slated to create 200 jobs in Seguin and $65 million in capital investment.

During a mission trip to Japan, Gov. Greg Abbott announced Continental Structural Plastics, Inc. is building a new composites manufacturing facility just off Interstate 10 near the Niagara facility, according to a news release from the governor’s office.

Not to be mistaken for Continental Automotive, Continental Structural Plastics, Inc. is headquartered out of Auburn Hills, Michigan and its parent company, Teijin Group Company, is based out of Tokyo, Josh Schneuker, Executive Director of the Seguin Economic Development Corporation, said.

“…Teijin Group Company, is a world leader in lightweight composite technologies, including glass and carbon fibers, thermoplastics, and thermosets,” the release read.

The company was granted $783,750 from the Texas Enterprise state.

“We could not be more pleased with the support we’ve received from the state of Texas as we move forward with our expansion efforts,” said Steve Rooney, CEO of Continental Structural Plastics. “From the governor’s office, to the city of Seguin and Guadalupe County, there has been a coordinated approach to helping us secure a location that will enable us to expand our geographic footprint to meet our future manufacturing needs.”

The governor joined Teijin and CSP executives in Tokyo, Japan for the announcement.

“I am proud to welcome Continental Structural Plastics to the Lone Star State, and look forward to the important role they will play in the Texas success story,” Abbott said in the announcement alongside CSP executive in Toyko. “Thanks to their investment, Texas will continue to lead the way in job creation, innovation and economic prosperity.”

Schneuker said the SEDC has worked on this project for nearly a year and is thrilled CSP selected to bring their new facility to Seguin.

“It’s really an exciting time for us. It is really adding to the diversity of our manufacturing base within the community,” he said. “Economic development is a team sport, and today’s announcement would not be possible if it were not for the collaboration between the SEDC, the City, the County and the State of Texas. Our hard work together over the past several months on this project helped secure this investment to Seguin and Guadalupe County. We are excited to have CSP as the newest member of the Seguin Business Community and we are confident that their Seguin operation will flourish for years to come.”

When applying for a receiving a grant from the Texas Enterprise Fund, there are certain criteria the company must agree to in order to receive the grant, including wages, Schneuker said.

“We want to create jobs in our community, but we want to create well-paying jobs,” he said. “Working in this project, the jobs that Continental Structural plastics is presenting to, wages are going to be exceeding the current county average annual wage, which right is now is about $44,000.”

The investment the CSP is offering goes above and beyond, Schneuker said.

“They really have presented themselves as a company that is going to make a solid investment in their workforce and really create an atmosphere for future workers where I think they are going to get treated like family,” he said.

Friday’s announcement falls inline with the recent announcement of of Aisin AW is bringing 900 new jobs and $400 million in capital investment to Cibolo.

That new manufacturing plant is expected to be a 500,000-square-foot facility located on 159 acres at Santa Clara and Bolton Roads along Interstate 10, a property owned by GVEC.

The new plant will focus on automatic and hybrid transmissions and have a production capacity of 200,000 units a year, according to an Aisin AW news release.

When Toyota first come to San Antonio, and it’s recent announcement of expansion, sparked an change in the area, Schneuker said.

“I think what we are starting to see is the emergence of a very strong automotive manufacturing hub, not only in the state of Texas,” he said. “I think this hub is going to be very competitive on the national level. It all stems and branches back to the facility in San Antonio. That is what you really hope for in an economic project, when they ripple not only in one city, but when they spill over city boundaries and county boundaries and really benefit an entire region. We’ve seen benefits here in Seguin and in Cibolo where the Aisin project is going. I think there is more to come and even more to capitalize on.”