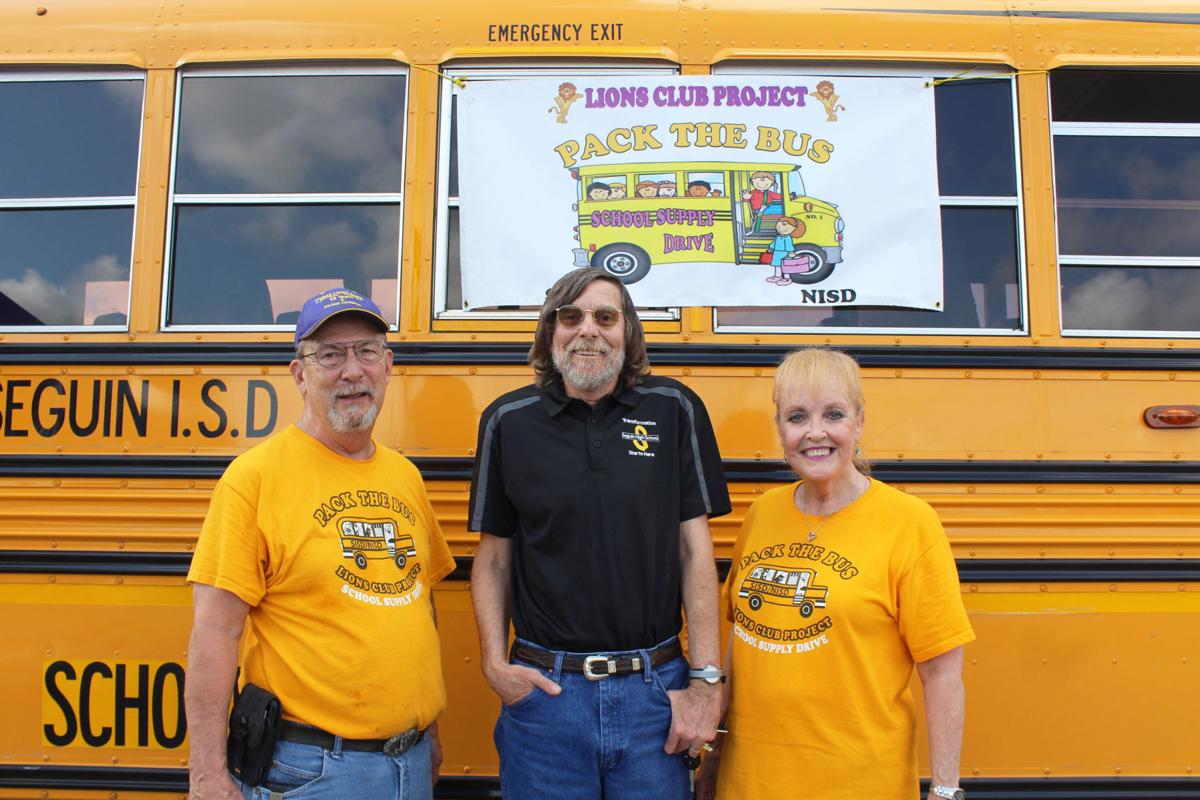 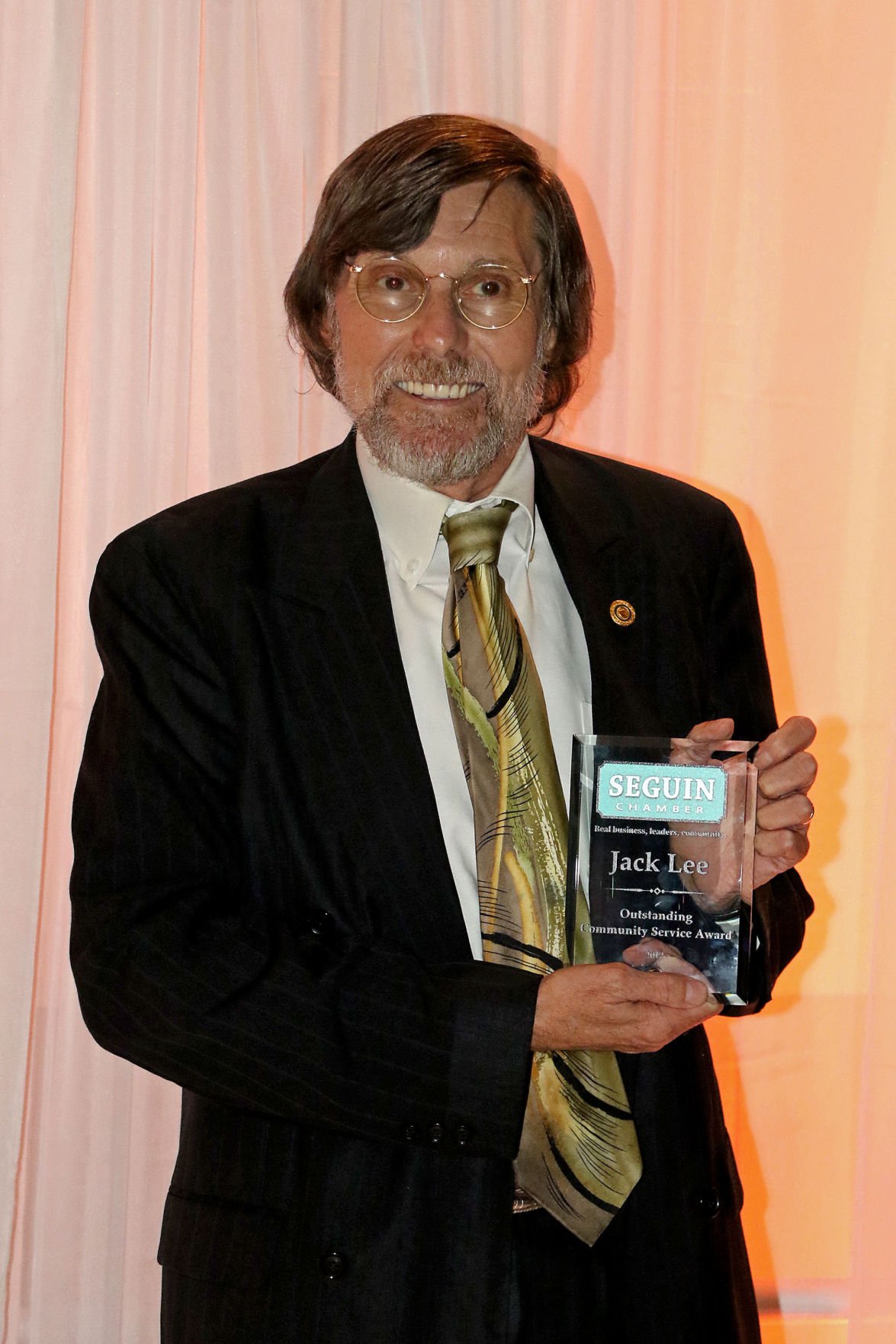 Jack Lee was honored with a Community Service Award for his tireless efforts with Seguin ISD’s Interact Club and other community service during the 97th Annual Seguin Area Chamber of Commerce Banquet on Thursday, Sept. 21, 2017 at the Seguin Coliseum. 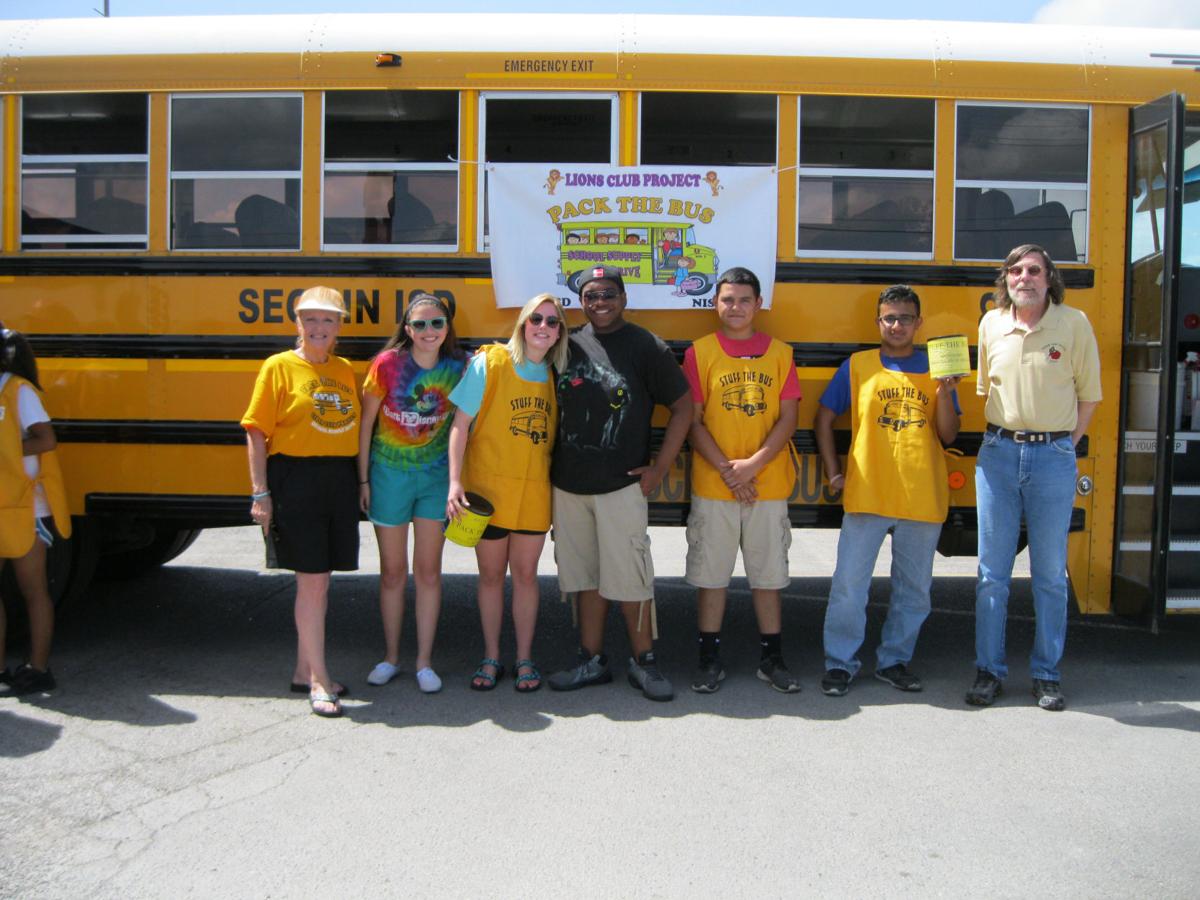 SISD Inner-Act Club helped collect on the intersections around town for Pack the Bus, under the direction of sponsor Jack Lee

Jack Lee was honored with a Community Service Award for his tireless efforts with Seguin ISD’s Interact Club and other community service during the 97th Annual Seguin Area Chamber of Commerce Banquet on Thursday, Sept. 21, 2017 at the Seguin Coliseum.

SISD Inner-Act Club helped collect on the intersections around town for Pack the Bus, under the direction of sponsor Jack Lee

Jack Lee spent most of his life educating, guiding and inspiring students.

That’s why when news of his death early Sunday evening spread, there was an instant outpouring of support to his family from his fellow educators and former students.

Lee began teaching at Seguin ISD on Aug. 23, 1982, and was well known for teaching government and economics. He retired this past May suddenly after 44 years of educating students. And it wasn’t long after that he began posting to social media about his health issues.

“It seems such a bitter irony that two weeks after he retired they discovered it,” Keddal said.

On Sunday, his daughter took to his Facebook to let his many friends and the community know that her father, who was 66 years old, was placed on hospice.

She posted just a few hours after that about his death.

Former student and school board member Denise Crettenden knew Lee long before he became one of her teachers.

“I got to meet Mr. Lee when I was in the first grade, he taught with my mom at the alternative school,” she said. “I just remember how friendly he was then. Then, I had the absolute honor of having him as my economics and government teacher. That class was life-changing.”

It was through his class that Crettenden said she learned a new way of looking at the world, and finding ways to make a change.

“I learned so much about taking care of people who aren’t in the majority ... and about just being a good citizen of the world. I thank Mr. Lee so much for those lessons and for loving on all of his students,” she said.

“Seguin ISD has been extremely fortunate to have a veteran educator whose career was defined by a calm and caring demeanor,” he said. “Jack Lee dedicated his teaching career — both in and out of the classroom — toward making a positive impact on the lives of his students. From August 1982 through May 2019, each student who entered Jack’s classroom was treated with respect and kindness.”

But it wasn’t just his students that he impacted daily, Gutierrez said.

“Similarly, he supported his campus colleagues and was always willing to lend a hand or provide wisdom and guidance,” he said. “Jack truly exemplified what it means to be a Matador. We will miss him dearly, and our thoughts and prayers go out to his family and friends.”

It was there, Gesick witnessed Lee’s dedication and commitment to ensuring he reached all of his students, keeping them engaged.

“He certainly was a dedicated teacher, but he was very imaginative and creative,” he said. “He kept the students interested. He had a unique way about him you couldn’t imitate, and if they tried, they’d fall on their face. Jack was one of a kind, and we got along very, very well. We understood each other.”

Long-time co-worker and friend, Keddal described the educator as eccentric, humble and truly a leader when it came to serving the community.

“He is a real model of commitment with all of those years that he taught,” he said. “That is not easy to do. He played a part in a lot of lives. Kids knew he was genuine, not just doing something to be in sync with other teachers. He was a very authentic person.”

In addition to teaching government and economics, Lee taught his students about serving their community as the advisor for Seguin High School’s Interact Club, the student version of Rotary Club.

“His community service was wonderful,” former Seguin High School teacher Pam Krippner said. “He modeled what he preached. He started Interact and was so actively involved in the community on various service projects alongside, and thereby, inspiring his students.”

Lee and his students were staples at many events lending a helping hand.

He spent countless hours throughout the years serving the community in various ways, all of the things Rotary stands for, Finch said.

“One of the things I always admired about Jack was he was always ready to help,” he said. “I had a great deal of admiration for him. He was a committed educator and was dedicated to trying to help improve the lives of those folks he came in contact with.”

Lee also had a passion for politics, Keddal said.

“He stayed committed to the ideas of his youth,” he said. “Idealism like that usually fades as someone gets older, but it never did with him.”

And he was open to talking things over, Finch said.

“He was always open to dialogue,” he said. “I must confess, we didn’t always see eye to eye on certain things, but he was never one to burn a bridge because one might not agree on everything.”

The echoes of Lee’s voice will continue to resonate throughout the halls of Seguin High School, Crettenden said.

“I can hear his voice, and I can’t believe that I’m not going to keep hearing it and keep seeing him,” she said. “I’m so amazed by the impact that he had on so many students in Interact, and with all of the things that he’s brought students to and he has done over the years.”

It’s not just the students and the district who lost Lee, Crettenden said.

“He was a husband and a father and a grandfather and just a supportive person,” she said. “I got to see him in other situations ... and he just always had those relationships with people, and it was very special.”

Krippner added that his loss will be felt through all corners of the community.

“His final FB post sums up his character — ‘Be kind!’” she said. “He leaves a void in our community and so far beyond where this humble and kind SHS educator left a unique and indelible legacy.”

He’ll be remembered by many as a friend.

“It was honored to be considered his friend,” Keddal.

A memorial service for Jack Lee is 3 p.m. Sunday in the Performing Arts Center at the Seguin High School.

This man shaped so many lives, I'm surprised his obituary is so short. I graduated in 2001 and while I was there and quite a few students told me "You have to get into Mr. Lee's class!". Same with Mr. Fleming. The community lost a great person, educator, and family man.