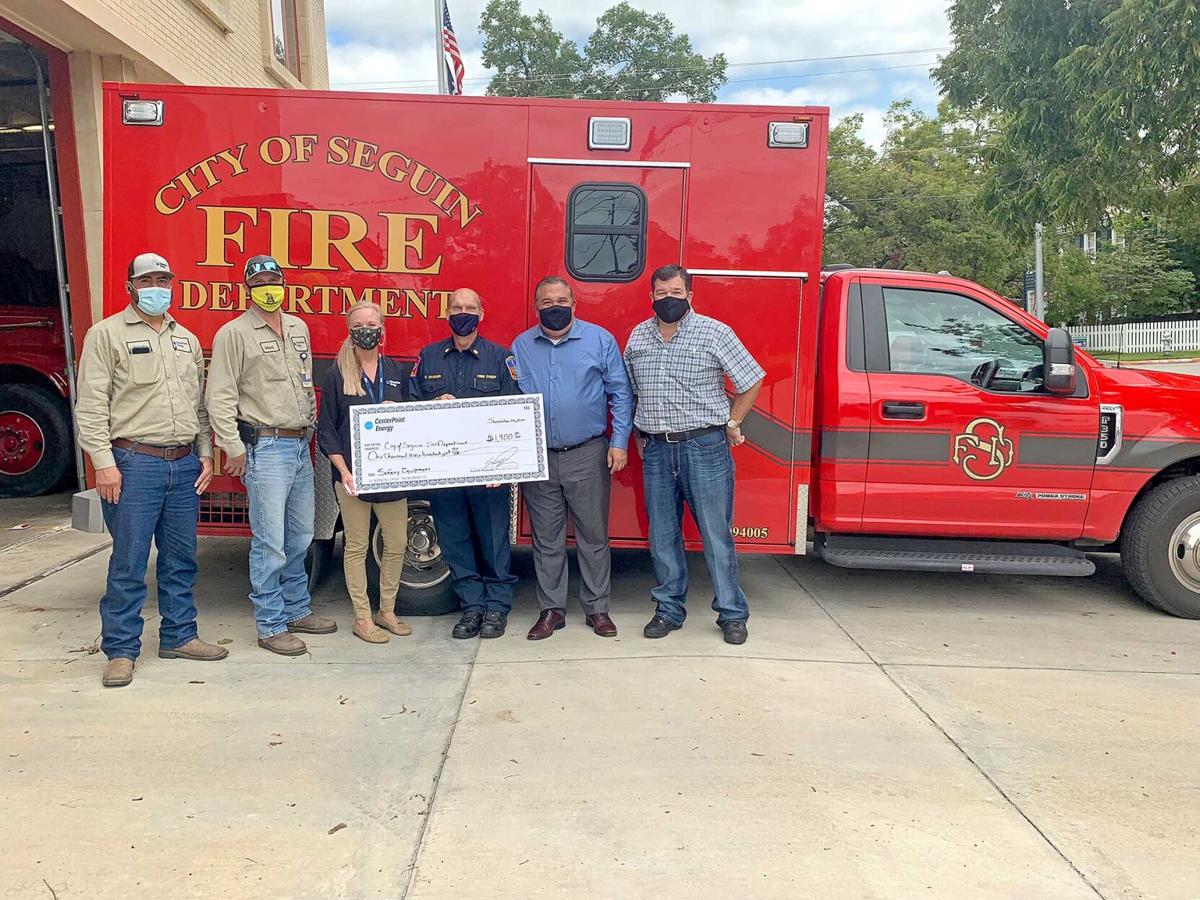 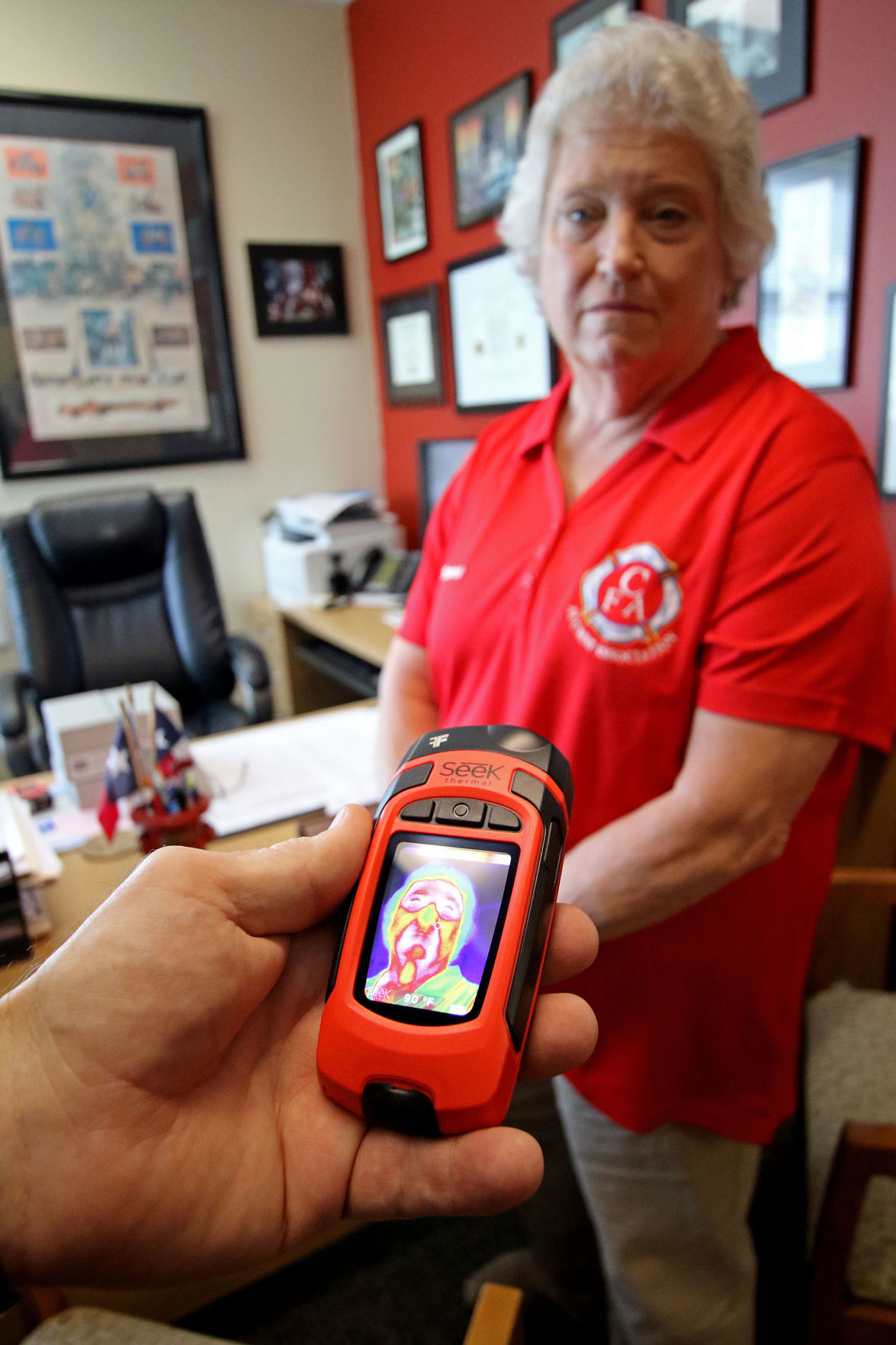 “It is really a personal thermal imaging device that helps us with the search and rescue victims in fires, rivers or any other place where we’re looking for body heat or a cooler temperature in a the case of a fire,” he said.

Wendy Ullman, CenterPoint Energy operations supervisor for the San Marcos operating area, which covers Seguin, presented the grant to the Seguin Fire Department and the city of Seguin.

“CenterPoint offers a safety grant to all of the cities we serve,” she said. “They applied and they were one of the chosen ones because of the application.”

The department currently has six of the hand-held devices on hand. The latest purchase will equip each firefighter that is on duty with a thermal imaging device, Skinner said.

The devices will help the department become more efficient in its fire fighting efforts well as its search and rescue missions, Skinner said.

“With anything else, we’ve come to rely on technology and getting our firefighters this technology is just another tool in our tool chest to make us better and more efficient in firefighting,” he said. “It will increase our firefighters’ safety because they’ll be able to see some of the hidden dangers that you can’t see with a naked eye. It will speed up our search and rescue efforts.”

The thermal imagers give firefighters a look inside an area where they previously couldn’t see, Skinner said.

“Before the invention of thermal imagers, we relied on touch,” Skinner said. “When you enter into a fire environment, you can’t see the hand in front of your face, so now we can actually enter a doorway, use the thermal imager and scan around in a matter of seconds. This will make us much quicker, and increase survivability for those members who may be trapped.”

Access to thermal imaging technology has been around for less than 30 years. And in that time, the technology has changed immensely — and so has the size of the imagers, Skinner said.

The initial devices were about 20 pounds, bulky and expensive to purchase and departments rarely had more than two at a scene.

Now the imagers are hand-held, weigh less than a cell phone and bring more life-saving opportunities to the table at a relatively inexpensive cost, compared to their predecessors.

“It is a valuable asset,” Skinner said. “We can locate fires, we can locate missing victims out in a field in a wreck — all kinds of different uses for a tool like this.”

CenterPoint Energy offers these types of grants because safety is a core value of the company.

“Safety to us is … we preach it to everybody we work with every day,” Ullman said. “We work very closely with the fire departments and the cities and this is something that is a way for us to give back.”

The Seguin Fire Department received the first six Seek Thermal Imagers through efforts from the Seguin Professional Firefighters Association, the Seguin Citizens Academy Alumni Association and the city of Seguin.