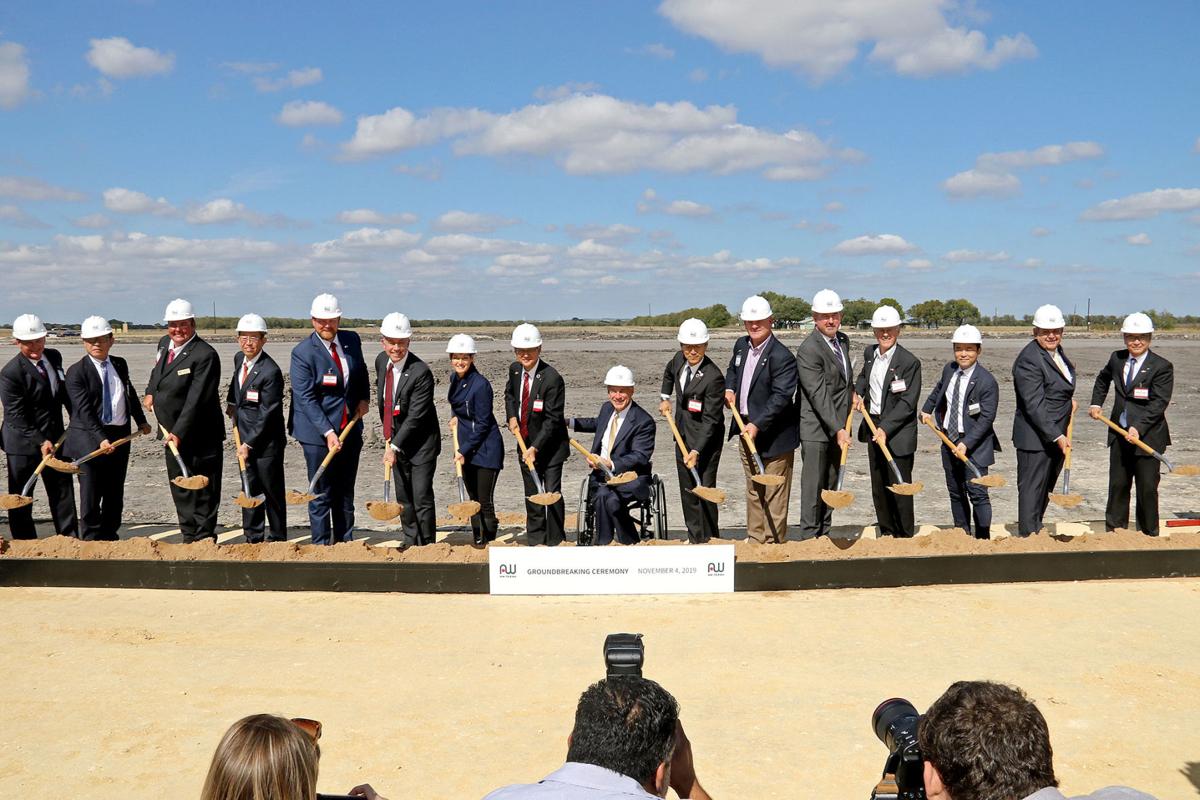 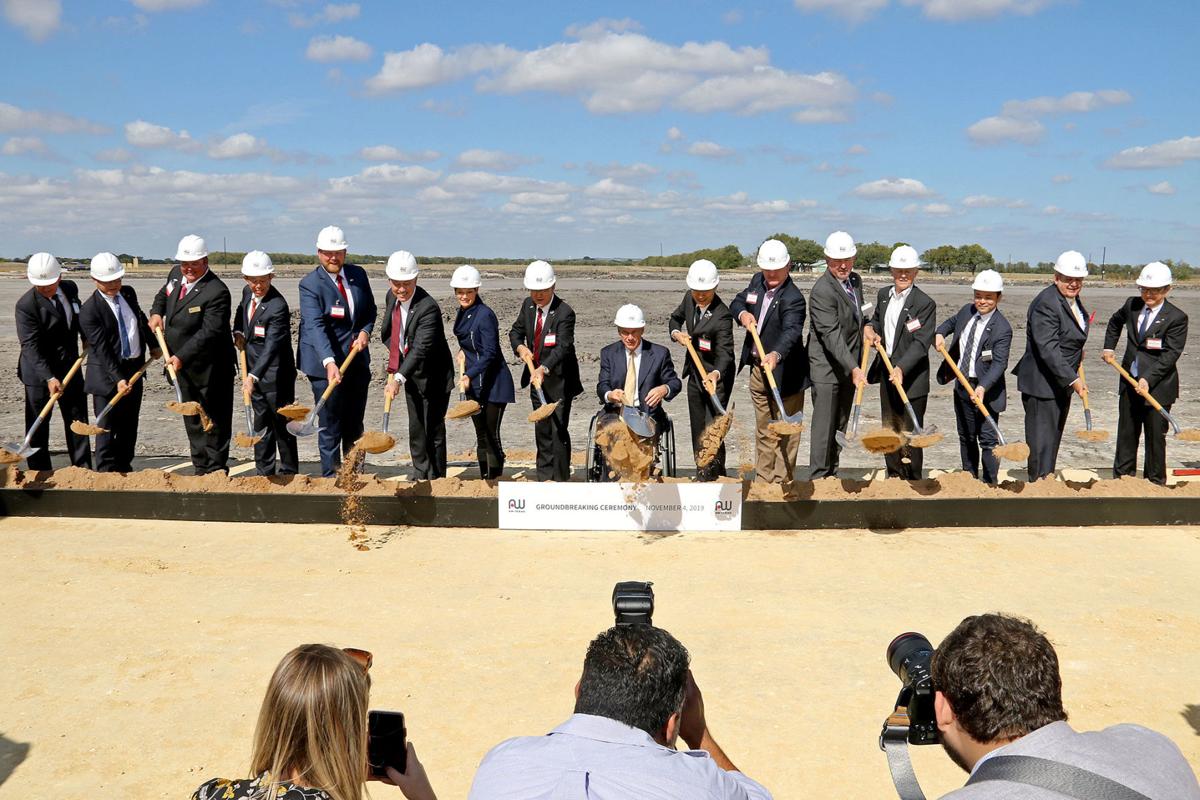 Felicia Frazar - The Seguin Gazette
1 of 2

CIBOLO — With a turn of 16 shovels, AW Texas officially broke ground on its transmission plant in Cibolo bringing with it $400 million in investments and about 900 jobs.

“This is a team effort. Nothing like this happens by chance,” Abbott said. “It happens because everybody comes together, works together and cooperates together. This is a great day for Cibolo, Texas!”

Aisin AW began manufacturing transmissions as part of a joint venture with BorgWarner in 1969 as Aisin Warner. While the venture ended in 1987, Aisin took on the name Aisin AW and continued manufacturing transmissions, eventually establishing a research and development center in Michigan and then a production facility in North Carolina as AWNC, which currently serves as the supplier of transmissions for Toyota San Antonio, Toyota Motor North America Executive Vice President Chris Nielsen said.

“Over the years, Aisin AW has been a crucial part for Toyota, providing more than 2 million transmissions since our relationship began,” he said. “They supply the facilities across the country, including our truck plant here in San Antonio which is more than 1,300 miles away from their current manufacturing facility.”

With AW Texas’ facility less than 50 miles away, it will have several benefits, Nielsen said.

“With this close proximity it will reduce shipping costs, our impact on the environment while increasing value to our customers,” he said. “Today, we are thrilled to see you continue to grow and develop in the US right here in Texas. On behalf of Toyota, we look forward to continuing our partnership and wish you nothing but success in your future here in Cibolo.”

The recent announcements of Toyota’s expansion and AW Texas are only the beginning of a change in the state’s status as a manufacturing hub, Abbott said.

The governor also noted that the relationships between the state and Japanese businesses is strengthening, as it helps to build the state’s economy and creates more jobs.

“They want to grow their businesses here because they know in the United States of America there is no better place for a business to grow or expand their profit, than the great state of Texas,” he said. “It is so important to underscore the combined investments of Toyota and of Aisin throughout this entire region fuels Texas’s role as a manufacturing and automotive powerhouse. This facility once again proves there is no label more powerful than ‘Made In Texas.’”

He further added that while the new facility creates jobs and economic growth for the state, it also benefits the businesses in the surrounding community.

Each of the seven speakers who took the stage during the ceremony touted the team work that it took to make the new facility possible. From the local and state economic development, GVEC, city, county, state officials, the team from Aisin AW and many more, Guadalupe County Judge Kyle Kutscher said.

And while Kutscher said the investments and job creation is great for the county and state, he said the company offers so much more.

“It really did take an army to get to this point,” he said. “The investment is substantial, the job creation is a great thing, but most importantly, we found a company that aligns with our goals, our values, with what we want to accomplish here if Guadalupe County and this region. Ultimately, I think aligning those goals and those values is what will make this project successful for many, many years to come.”

The success of Aisin AW and AW Texas will have a ripple effect throughout the state, Abbott said.

Felicia Frazar is the Managing Editor of the Seguin Gazette. She can be contacted at felicia.frazar@seguingazette.com .