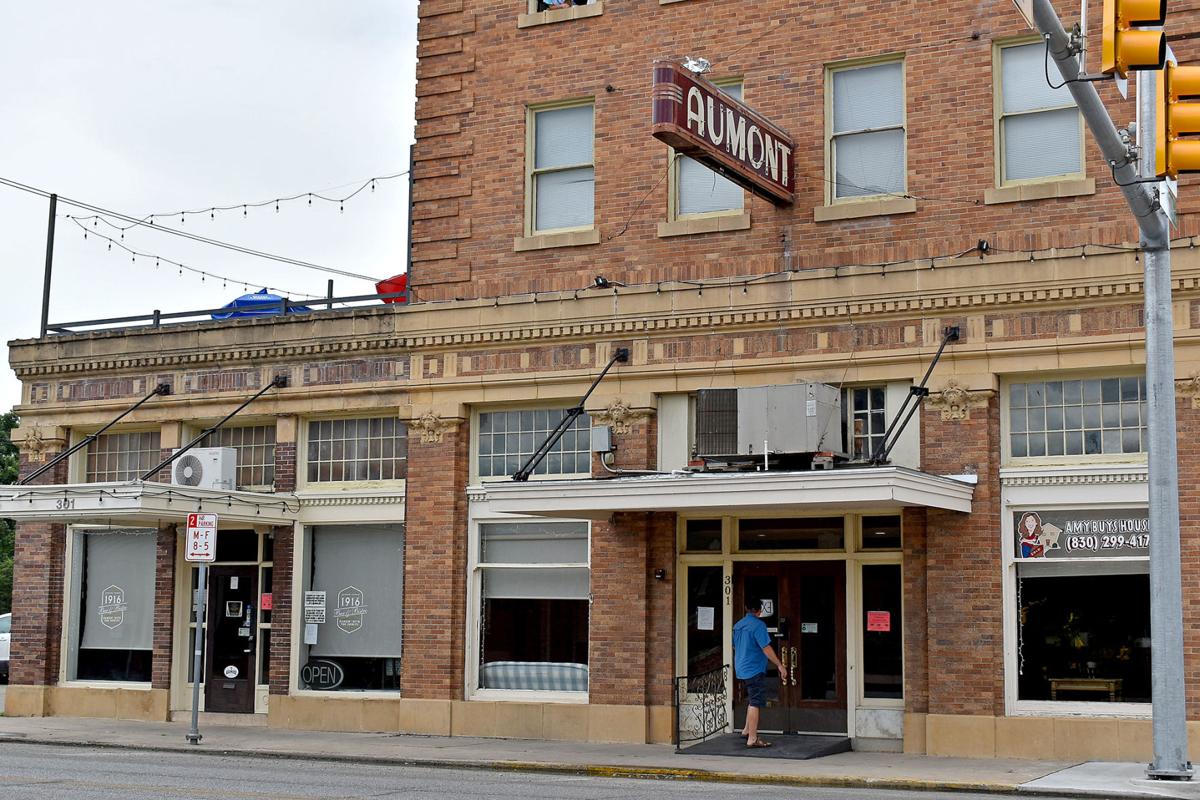 A man enters The Aumont Saloon while the open sign of 1916 Bar and Bistro remains off following the recent orders by Gov. Greg Abbott to shutter bar room doors on Friday, June 26, 2020. 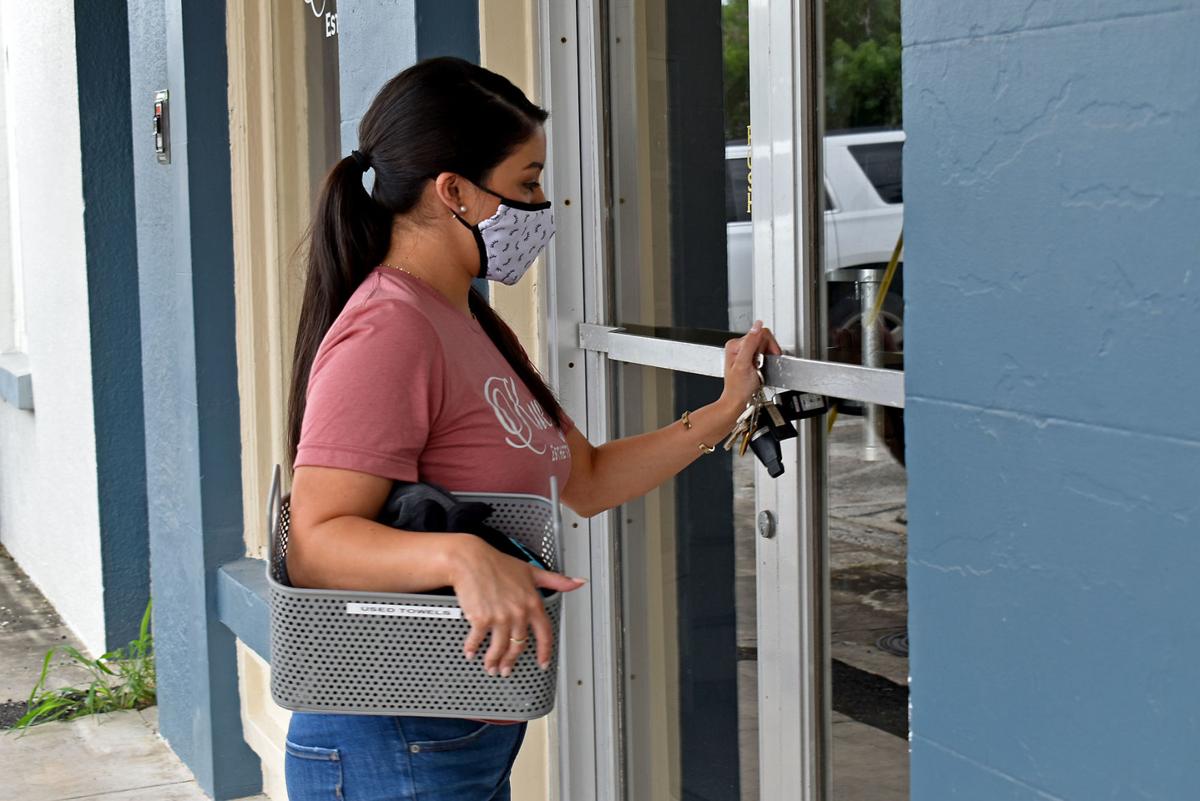 A man enters The Aumont Saloon while the open sign of 1916 Bar and Bistro remains off following the recent orders by Gov. Greg Abbott to shutter bar room doors on Friday, June 26, 2020.

Things are going somewhat in reverse with the state’s COVID-19 response to reopen Texas.

Gov. Greg Abbott on Friday morning issued an executive order closing bars again and scaling back restaurant capacity limits, effectively reversing some of the gains previously made in the coronavirus fight. Bars are to be shuttered as of noon Friday and restaurants, beginning early Monday morning, will go from being allowed to have 75% capacity indoors to 50%, according to Abbott’s order.

“All bars and similar establishments that receive more than 51% of their gross receipts from the sale of alcoholic beverages are required to close at 12 p.m. (Friday),” according to a written statement released from the governor’s office. “These businesses may remain open for delivery and take-out, including for alcoholic beverages, as authorized by the Texas Alcoholic Beverage Commission.”

Restaurants may remain open for dine-in service at 50% capacity or below beginning Monday. Abbott also ordered rafting and tubing businesses to close immediately.

The most recent executive order restricted outdoor gatherings of 100 or more people to be approved by local governments.

Gregg Woodall, owner of 1916 Bar & Bistro at The Aumont, said the governor’s order caught him off guard and frustrated him. He has employees that depend on his business continuing and he had hoped after the earlier reopening of bars that things would get progressively better, not go in reverse.

“I felt like once you’ve let the genie out of the bottle, it’s going to be kind of hard to put him back in. Obviously, I was wrong,” Woodall said. “I’m a little frustrated at the fact bars have been singled out as a cause. I feel like that’s a convenient excuse.”

Anyone can contract the virus anywhere if they aren’t practicing the proper precautionary measures to battle the spread of COVID-19, he said. So, Woodall asked, why are bars the firsts to be closed?

He said he understands that state and other officials are operating with no game plan and no precedent from which to take cues. But he also questions what leaders will do to help businesses like his own after forcing them again to close their doors to paying customers.

“I would have liked to hear Gov. Abbott say how will they provide relief for those of us who don’t have a choice and I haven’t seen that,” Woodall said. “The governor says I have to close, (then) I have to close. But what the governor didn’t say is ‘I’m making you close and offering you this type of relief to your employees, the owners’ or anything like that.”

“At this time, it is clear that the rise in cases is largely driven by certain types of activities, including Texans congregating in bars.”

Taking bars back to operating at 25% capacity would’ve been a more palatable option, he said. However, the bar and bistro will go back to offering curbside service from 4 to 8 p.m. selling food and alcohol to go, Woodall said.

“We’ll take this one day at a time,” he said. “The best thing for us is at least we’ve already gone through this once.”

“As far as business, we opened the pizzeria in September and we’re gradually growing,” he said. “The growth has continued as we opened back up at 50% capacity. We’re hoping it stays like that.”

People understand the risks involved with the disease and distance themselves inside the establishment as well as follow the company’s established rules, Lotz said. Seguin Brewing Company has signs reminding people to socially distance from others and he said he sees guests taking heed.

“Most people understand and they’re not trying to be on top of other people. They’re knowledgeable about what’s going on,” Lotz said. “For the most part, the customers are not trying to sit next to someone super close. Everybody has it on their minds.”

Abbott’s decision came as the number of people testing positive continued an upward slope, according to the written statement. Also, the state’s positivity rate had increased above 10%, which the governor had said would lead to further preventative action on his part.

He linked certain types of businesses and services to the increases.

“As I said from the start, if the positivity rate rose above 10%, the state of Texas would take further action to mitigate the spread of COVID-19,” Abbott said. “At this time, it is clear that the rise in cases is largely driven by certain types of activities, including Texans congregating in bars. The actions in this executive order are essential to our mission to swiftly contain this virus and protect public health.”

He said he wants the reversals in the phased opening to last as short as possible. That will require Texans to wear masks, wash their hands, stay 6 feet apart from others in public and stay home if they can, the governor said.

It is the responsibility of each person to do what needs to be done, Abbott said.

The governor’s words did little to help Woodall reconcile the effects he thinks the actions could have on his business. He preferred Friday to keep a stiff upper lip.

“Yes, I was caught off guard and I’m frustrated, but that’s not my personality,” Woodall said. “I’m a positive person and we’re going to get through this thing and do what we can do.

“From that standpoint, I’m not going to let this beat me.”