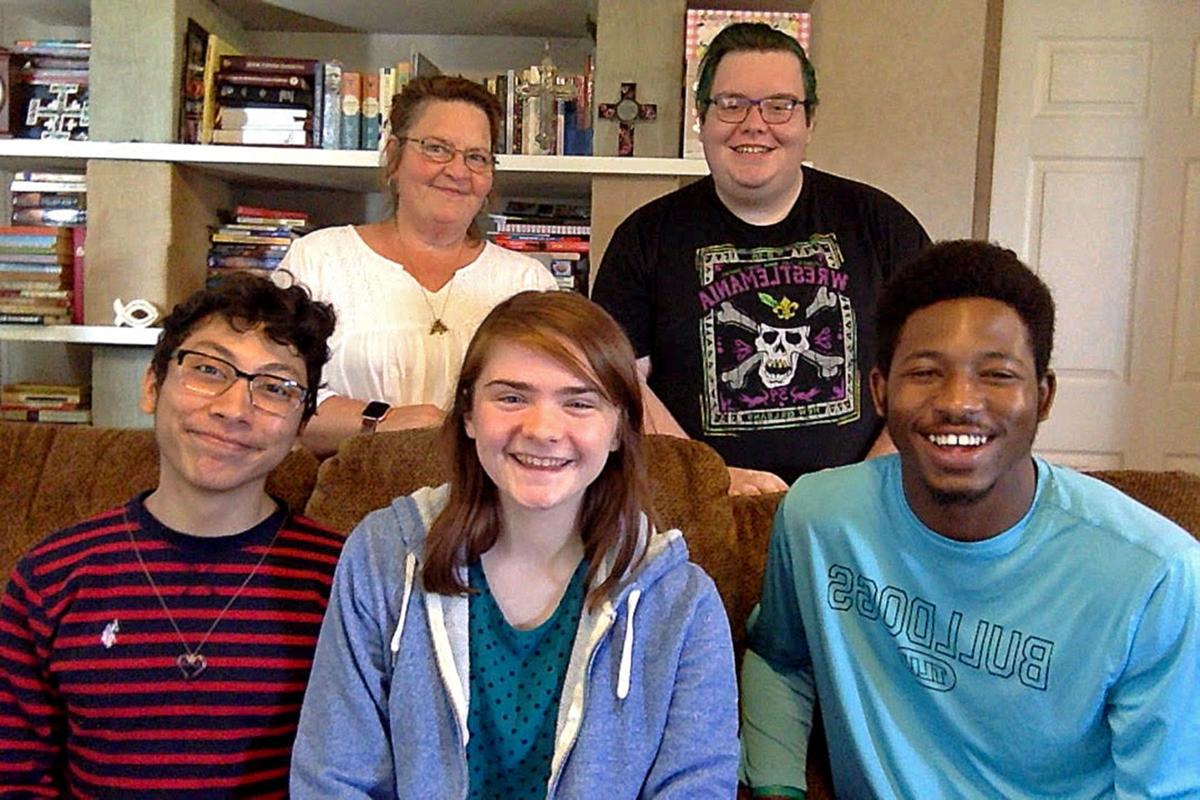 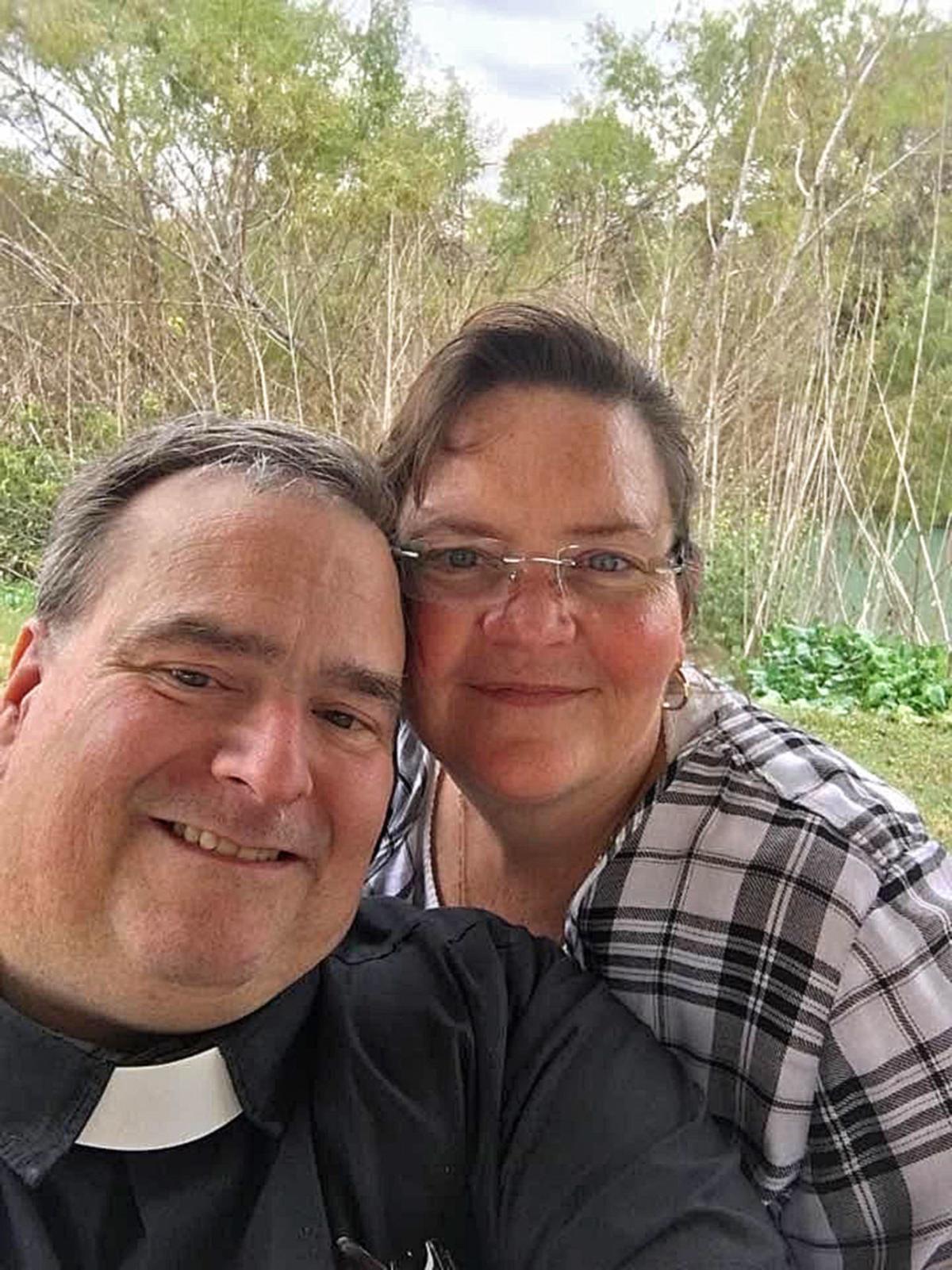 Danny (left) and Karen Chambers took in a pair of Texas Lutheran University students just as the school closed due to the pandemic.

Danny (left) and Karen Chambers took in a pair of Texas Lutheran University students just as the school closed due to the pandemic.

When college campuses around the state shuttered their doors in March, a pair of Texas Lutheran University students quickly found themselves with no place to go. However, with a grace of good luck and the kindness of their friend and classmate’s family, the students found warm beds and welcoming arms in the home of the Chambers family.

On the day the shutdown was announced, 21-year-old Texas Lutheran University senior dramatic media student and Seguin resident Delani Chambers awoke in her dormitory room to a laundry list of missed calls and text messages from concerned classmates.

Some of the students had just about five days to clear out of their living quarters as a safety precaution to quell the potential spread of COVID-19, Chambers said.

“I was asleep till noon that day, and I remember waking up thinking something is wrong,” Chambers said. “I had 30 missed calls from various friends, and I saw the first [message] was from my mom, and she said, ‘how can I help you and your friends?’ So I called my mom, and she said ‘our house is open to anyone who needs it.’”

Saunders said moving back home to live with his family is impossible as they recently moved into a home with limited space — conditions that he doesn’t see working long-term.

“My parents figured since I was in college I should be there most of the time, so they got a two-bedroom apartment,” Saunders said. “The apartment is really small, and I was sharing a room with my sister and sharing a closet with her, so I didn’t have room for any of my things.”

Moving back home wasn’t really an option for Samaniego-Lozano due to personal reasons, including the loss of his brother.

“My little brother passed away, and it’s been hard for me to go back home and be a part of the life without him,” he said.

Samaniego-Lozano has stayed with the Chambers family in the past and was not shocked by their further hospitality, he said.

“When me and Delani started living together last summer, I’ve gotten to know [her family’s] generosity and their hearts for people like me who don’t have a place to go.”

Rapidly moving the three students from their dorms presented a problem, as the students shared one car between them to transport their belongings while also prepping the home for its new occupants, Chambers said.

“At the beginning, I think it was the first day living here, me and Johnny were sharing a room, and we didn’t necessarily have enough room for two twin beds in there,” Chambers said. “So we stacked my bed on top of some cinder blocks and shoved his bed up in an L shape, and we were like ‘wow, it’s kind of cramped in this room. We need a way to get away from each other.’”

Living in tight quarters has required ingenuity from the students when alone time is needed, Chambers said.

“We have a walk-in closet, and we found some black lights and some light bulbs and things, and we took everything out of our closet and put in a mini-fridge and a bench. We turned our closet into a hang out spot. We go in there whenever we need to get away from everyone else or even each other.”

Adapting to life outside the dormitory is a whirlwind experience, Saunders said.

“It’s been different. I’ve never lived with another family before,” he said. “I’ve lived with my grandma and my mom, and to be honest, culturally, it’s different, and it’s something I’m getting used to, and I genuinely love because it’s always good energy.”

Delani’s mother, Karen Chambers, said taking in the students has injected life into the household as their backgrounds in theatre provide an endless source of entertainment.

“It’s been a joy for me to have all this activity and creative energy running around the house, and I’m thankful, actually,” Karen said. “Johnny helped me [with] my porch, and Daniel helped me weeding the yard and mowed the yard for me. Delani cleaned out my freezer for me, so I’ve got a little workforce here when they get too bored.”

“All of my professors, psychology or not, they’ve all reached out and have been supportive,” Andrew said. “Just yesterday, I got an email from a professor I had two semesters ago just saying ‘hey, man, you good? Praying for you and your family. Let me know you need anything.’ So TLU is doing a great job keeping their presence known to us.”

With no end date in sight, Samaniego-Lozano and Saunders are unsure how much longer their stay with the Chambers family will last. However, Samaniego-Lozano said the family has extended its hand to accommodate the duo for as long as they need it.

“We’re very happy that we’re able to help out in this way,” Delani’s father Danny Chambers said. “We’re Christians, and we’re Americans, that’s what we do, we help each other when we can.”