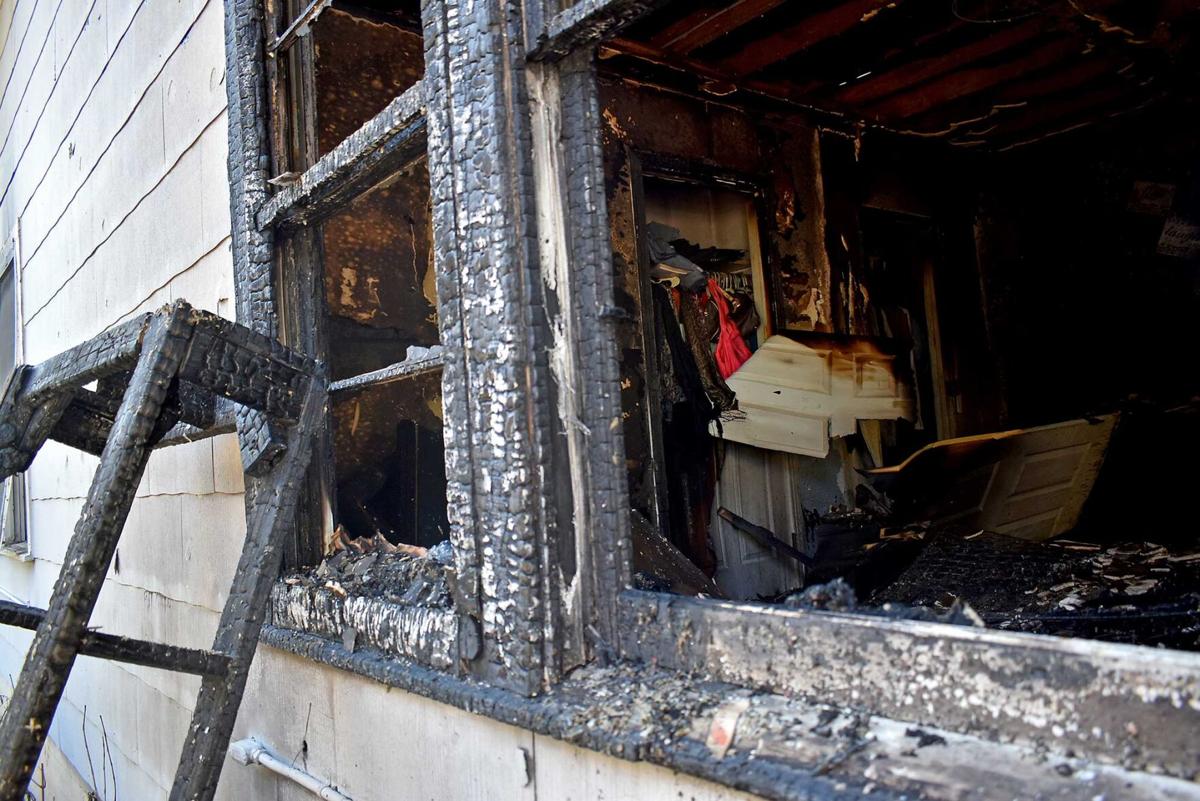 The bedroom where Tristan Kirkpatrick's daughters slept is scorched by blaze that destroyed the family's home Tuesday, Nov. 3, 2020 on Cedar Street. 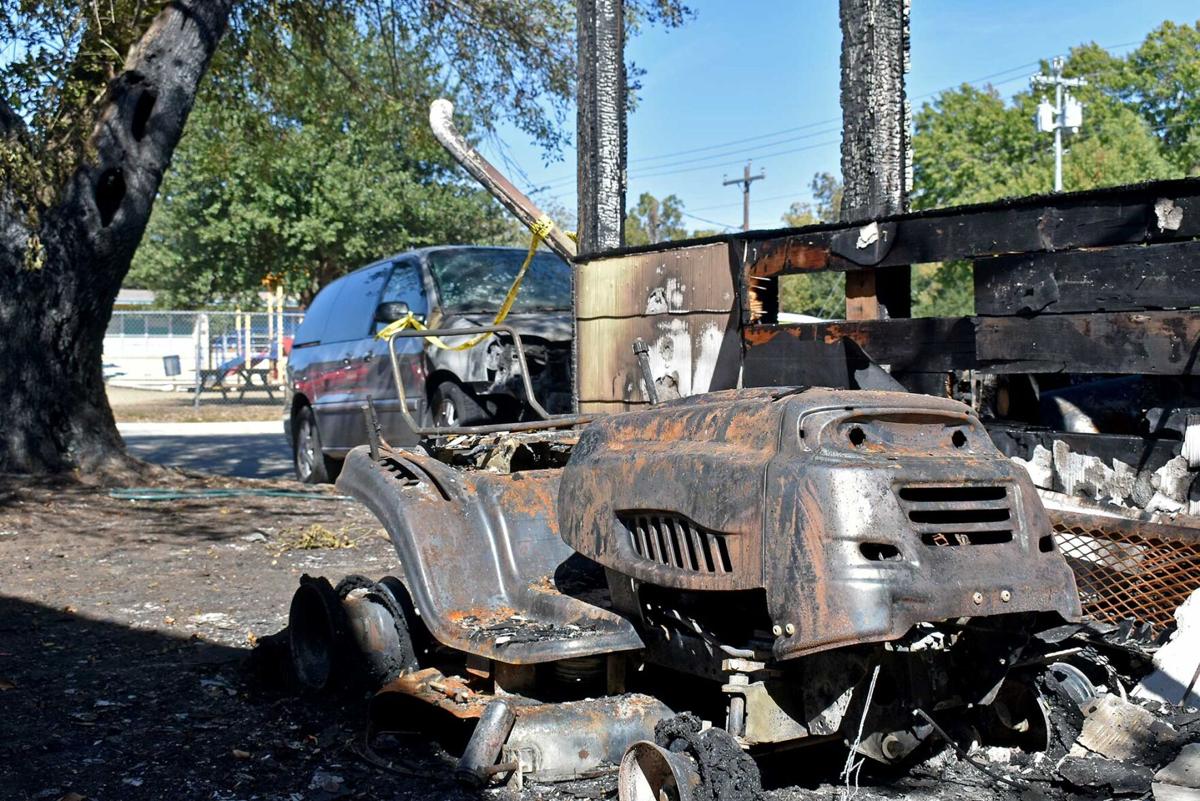 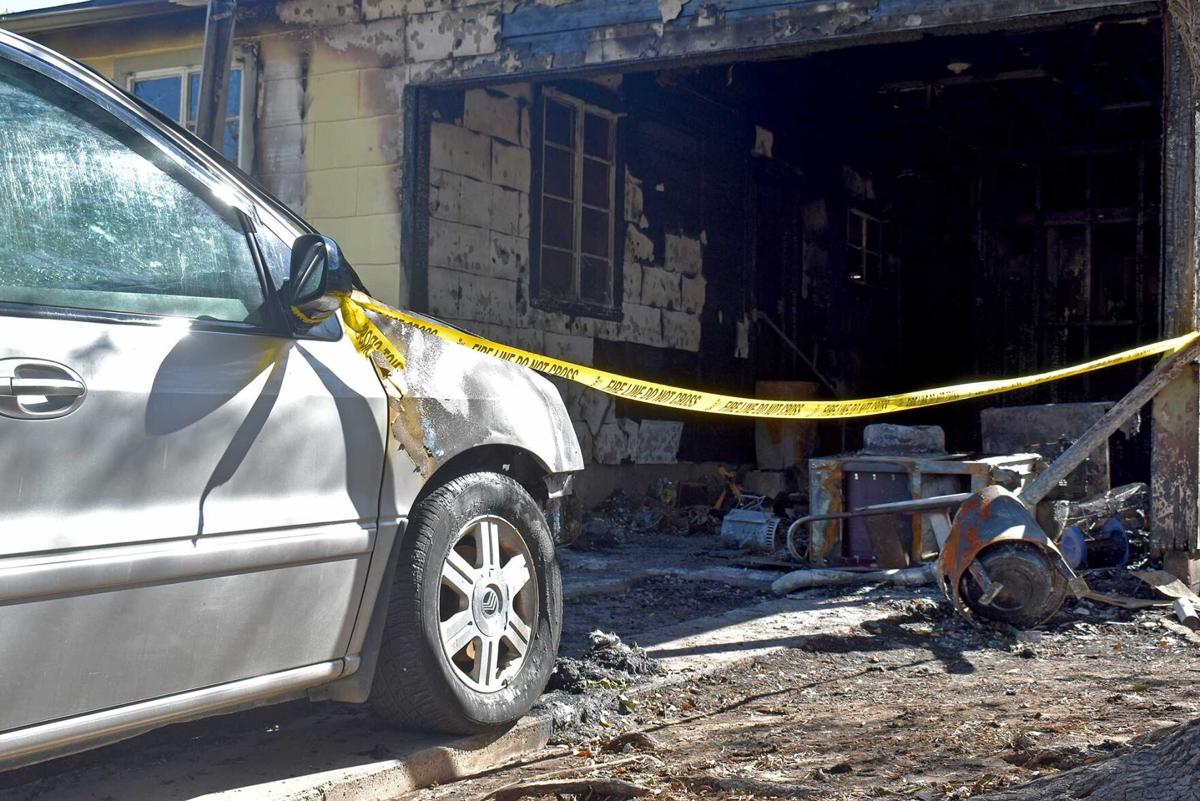 A damaged and burned van sits in the drive way of the home where the fire originated on Tuesday, Nov. 3, 2020 on Cedar Street. 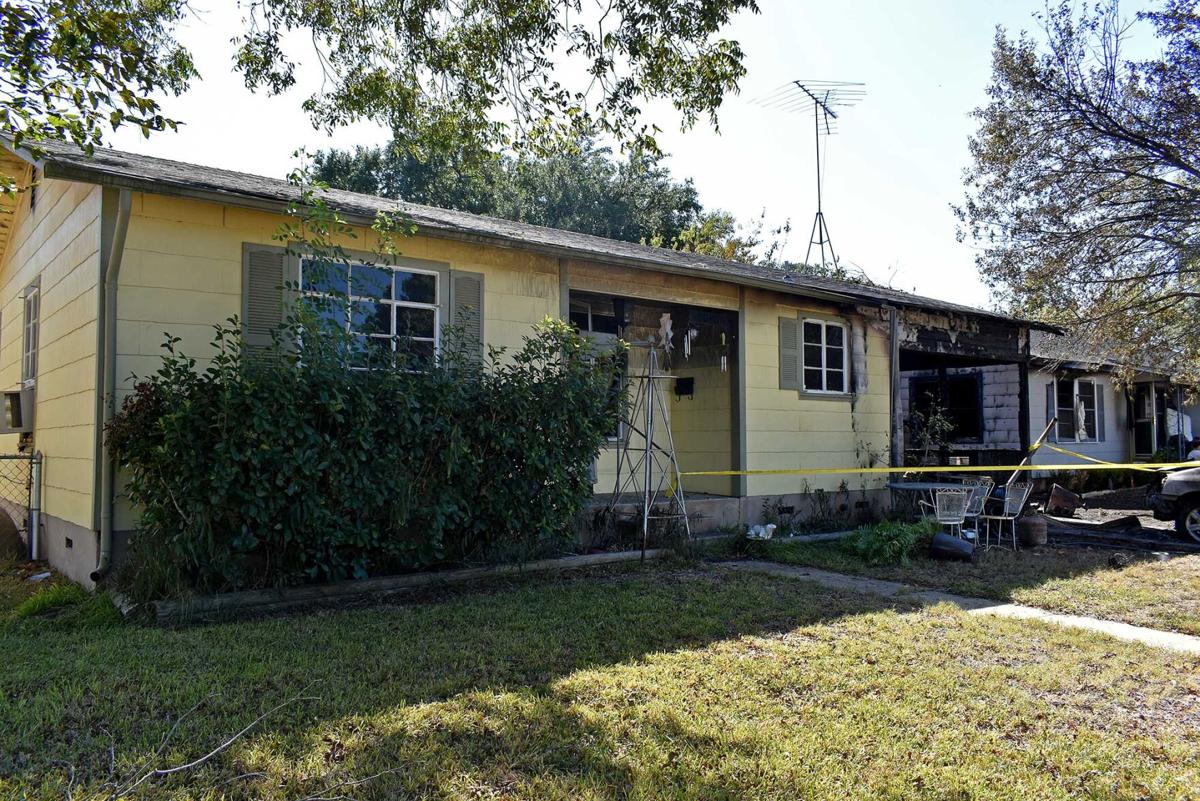 The bedroom where Tristan Kirkpatrick's daughters slept is scorched by blaze that destroyed the family's home Tuesday, Nov. 3, 2020 on Cedar Street.

A damaged and burned van sits in the drive way of the home where the fire originated on Tuesday, Nov. 3, 2020 on Cedar Street.

Although he lost his home, a Seguin man saved what matters most after a structure fire claimed almost everything on Tuesday night.

Tristan Kirkpatrick awoke suddenly to flames illuminating the outside window of his daughter’s bedroom and emitting from his neighbors’ home.

“The house caught fire somehow, I don’t know how, but I went to check on my babies, and I noticed orange at the window and it was a fire,” Kirkpatrick said. “I went outside and [my neighbor] was there cut up. I guess he had busted through a window is what I’ve heard. I asked if his wife was out, and he said, ‘yeah,’ … He ran down the street, and I didn’t see him after that.”

Kirkpatrick tried to douse his neighbor’s house, but the fire quickly spread to his home, causing him to rush inside to get his family, he said.

“We have blackout curtains, and the whole window was still glowing,” he said. “When I went outside, [the fire] was already above his house. I tried to spray it with my water hose [but] by the time I was spraying it, I’d realized that [a nearby] lawnmower was about to blow up, it was just too far gone. … I’m just glad the kids are okay, I don’t know what I would have done.”

None of Kirkpatrick’s family of five was injured during the fire.

First responders were called about 10 p.m. Tuesday to the 800 block of Cedar St. and quickly extinguished the fires at both homes, Seguin Fire Marshal Greg Dreiss said.

A resident of the home where the fire started was hurt while evacuating his home and went to Guadalupe Regional Medical Center for minor injuries, Seguin Fire Chief Dale Skinner said.

“One of the residents suffered some minor cuts from trying to help his spouse get out, but both of them were able to get out of the house without suffering any major injuries,” Dreiss said.

“The fire marshal’s office believes that there were embers still burning in the attic that we were not able to see using our thermal imagers,” Skinner said. “Our crews are very diligent in ensuring that fires are completely extinguished before we leave, but this particular fire was well hidden. The crews again came out and were able to extinguish it quickly.”

Kirkpatrick said he and his family had just settled at a nearby hotel — with the help of the Red Cross — when they heard the home caught fire again.

“They put us in a hotel, we were there for 15 minutes, and another fire started,” Kirkpatrick said. “I’m lucky enough to have so many good neighbors around me that I’ve never even met come and drop off blankets and waters to my kids…everybody was awesome, and it really shows the community wants to help.”

Skinner said the family of the home where the fire originated declined aid from the Red Cross.

A GoFundMe was created to help the Kirkpatrick family. Visit www.gofundme.com/f/kirkpatrickdavila-family-fire-recovery .