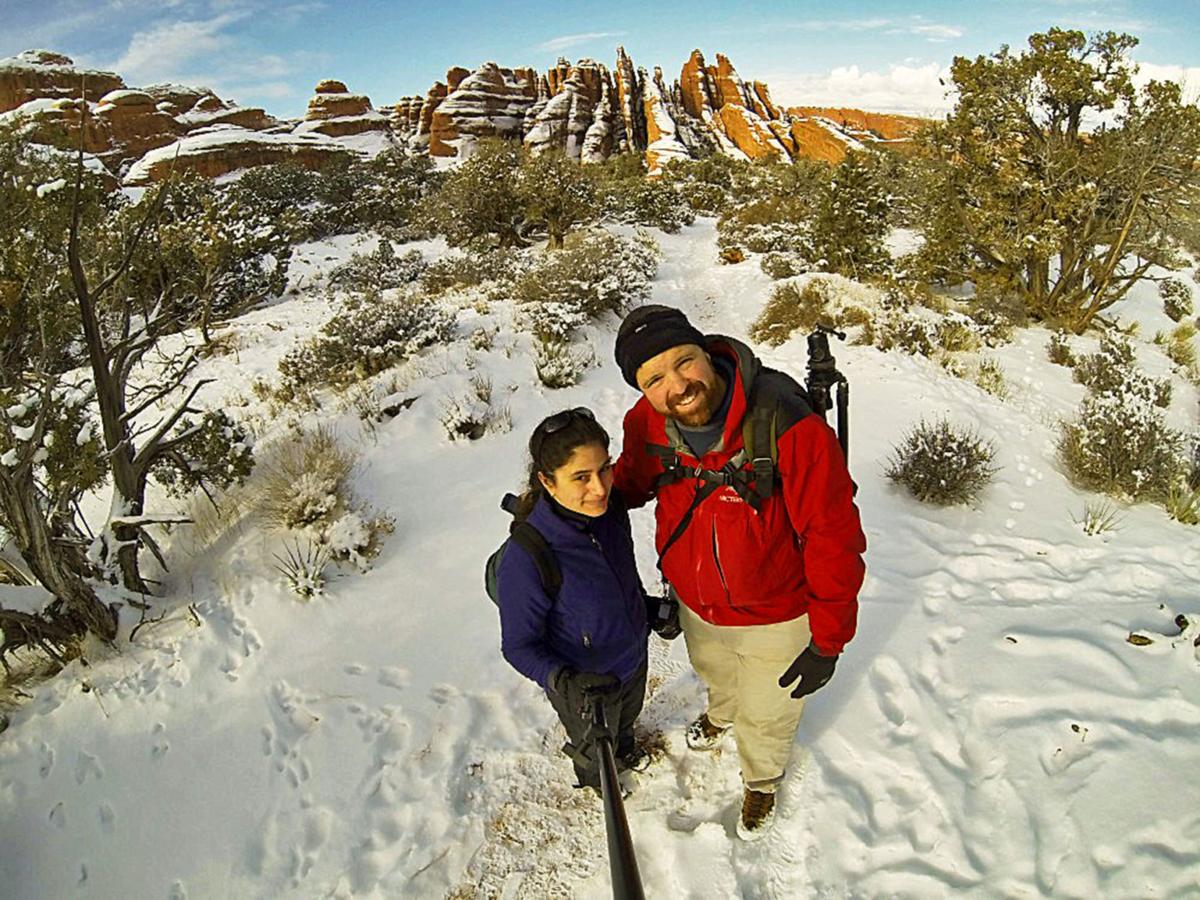 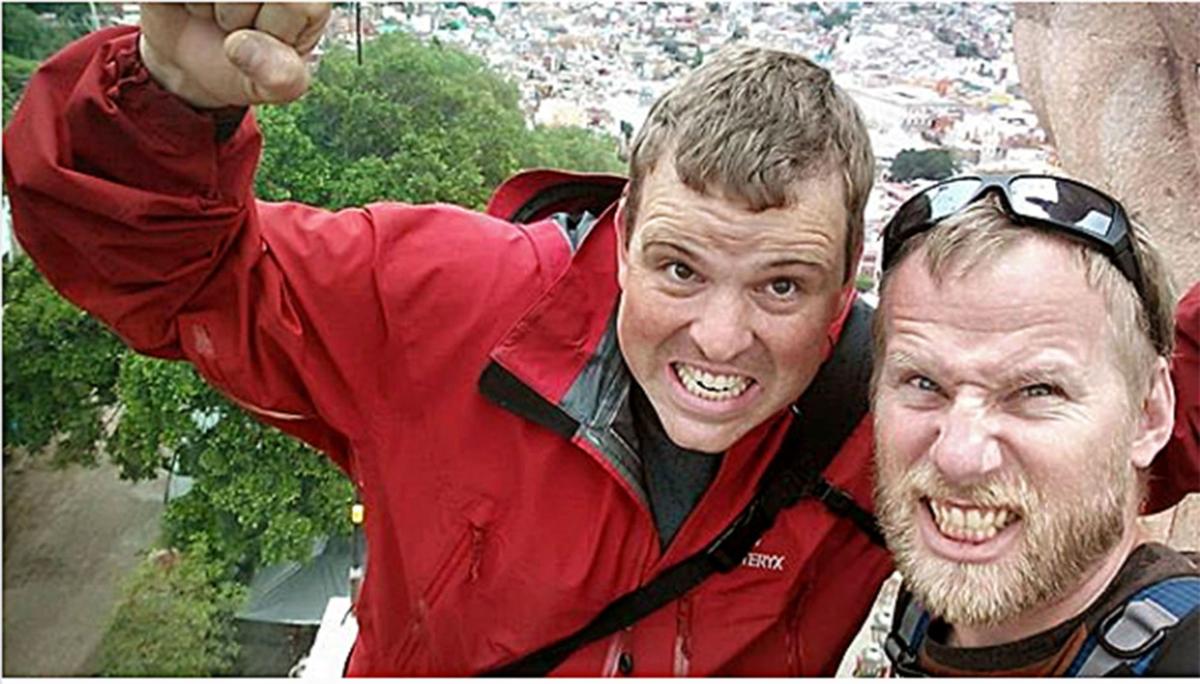 A Seguin High School graduate and his wife were among the 34 people who perished in a boat fire in Southern California on Labor Day.

Andrew Fritz, 40, and his wife Adrian Dahood-Fritz, 40, were on the Conception for a three-day scuba diving excursion when the boat erupted in flames early Monday morning.

Childhood friend and business partner Josh Baker said the news of the fire and that Andrew and Adrian were gone was incomprehensible.

“I was in shock, disbelief, stunned,” he said. “It is still only coming to me in waves. I don’t know that I have really fully processed it yet.”

Baker said the couple recently moved to California for Adrian’s work after living for about five years in Taylor.

Adrian recently completed her doctorate and was doing post-doctoral work in La Jolla and then was accepted as a senior environmental scientist for California’s Ocean Protection Council under the California Natural Resources Agency, Baker said.

Dahood-Fritz led efforts to manage the state’s network of marine protected areas and cared deeply about the ocean, California Gov. Gavin Newsom said in a statement Thursday. She had done research work in Antarctica.

“She embodied marine conservation and was a highly accomplished and respected scientific researcher,” Newsom said.

Andrew was a 1996 graduate of Seguin High School, a year before Baker, but their friendship spans further back.

“We grew up together. Our parents grew up together. My mom and his dad were friends since they were kids,” Baker said. “That is what makes it so tough. He is literally someone I’ve known my entire life. He was my business partner, but he was my friend first.”

Andrew lived his life to the fullest, capturing all of the beauty the world had to offer — on land and under the water, Baker said.

“Andrew led an adventurous life — scuba diving, race cars, travel the world and take pictures,” he said. “He understood the risks of what he did, but he did them anyway. How many of us just sit on our couch and consume the world, when really he was the one who went out into it? He’s the one who really kicked my butt in gear and said we’re going to go out into the world and we’re going to take pictures of the world. There are not many people who would do that.”

Baker said his friend met his match in his wife, Adrian.

The couple shared the same intellect and love of learning. Their arguments would make Baker laugh, he said.

“It was all about reason, logic and who had the most information,” he said. “It always made me giggle to hear them argue with each other. That is just kind of who they were. Seeing how much learning meant to them and how much the world offered in terms of their education, that was such an inspiring thing as well.”

The Fritzes were world travelers, going to different parts of the globe for education and fun.

“He would come in and get his work done and then say ‘Hey, we’re off to Thailand’ where they did their honeymoon or Yosemite or the Olympic Peninsula,” Baker said. “They were going to go out and experience the world. They were in Antarctica together. The saddest part is they were just starting to scratch their full potential.”

Together Andrew and Baker were partners in AzulOx Visuals.

With Baker and Andrew both sharing a love for photography, Baker admitted his friend would push him to be better.

“We had a yin and a yang about it,” he said. “It was such a contrast and that’s what made us work. We weren’t the same; not that there is anybody like him. He challenged me. He challenged me with ideas, or with how to make things better. I’m going to miss that.”

While he will miss his friend immensely, Baker said he can’t begin to understand the grief Andrew’s and Adrian’s families are feeling.

“I still can’t imagine what his family is going through. It is one thing to lose a friend, but it is entirely another thing to lose a son and a daughter-in-law,” he said. “My heart goes out to them fully.”

In the midst of the loss, Baker challenges everyone to embrace their loved ones and find something to get excited about and go for it.

Only one person remained missing Wednesday after searchers recovered 33 bodies from the charred underwater wreckage of the dive boat that caught fire off the Southern California coast and sank on Labor Day.

Five crew members, including the captain, managed to escape the Conception after Monday’s pre-dawn fire that engulfed the boat as the victims slept below decks near the island of Santa Cruz during a three-day scuba diving excursion. The vessel eventually sank and overturned, making the recovery of bodies challenging.

DNA will be needed to identify the victims. Authorities will use the same rapid analysis tool that identified victims of the deadly wildfire that devastated the Northern California town of Paradise last year, Santa Barbara County Sheriff Bill Brown said.

The fire started shortly after 3 a.m. Monday as the boat sat anchored in Platt’s Harbor off Santa Cruz Island, among the rugged, wind-swept isles that form Channel Islands National Park.

She said the probe’s findings are expected in 12 to 18 months. Four of five crew members tested negative for alcohol. The other crew member was injured and on the way to the hospital and could not be tested, Homendy said. Authorities are awaiting the results of drug tests.

The Associated Press contributed to this story.