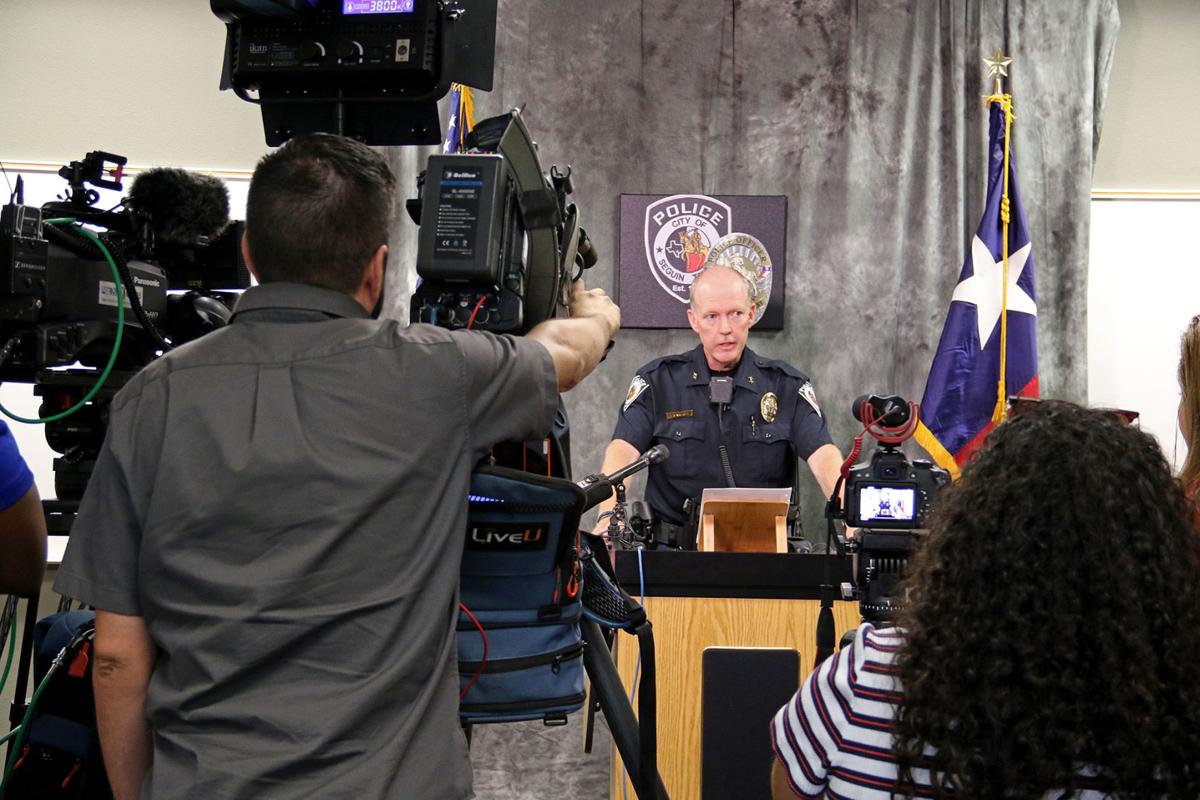 Seguin Police Chief Terry Nichols holds a press conference on Thursday, July 11, 2019 to discuss the investigation and subsquent arrest in connection to the discovery of skeletal remains that were found in a home on Sunday. 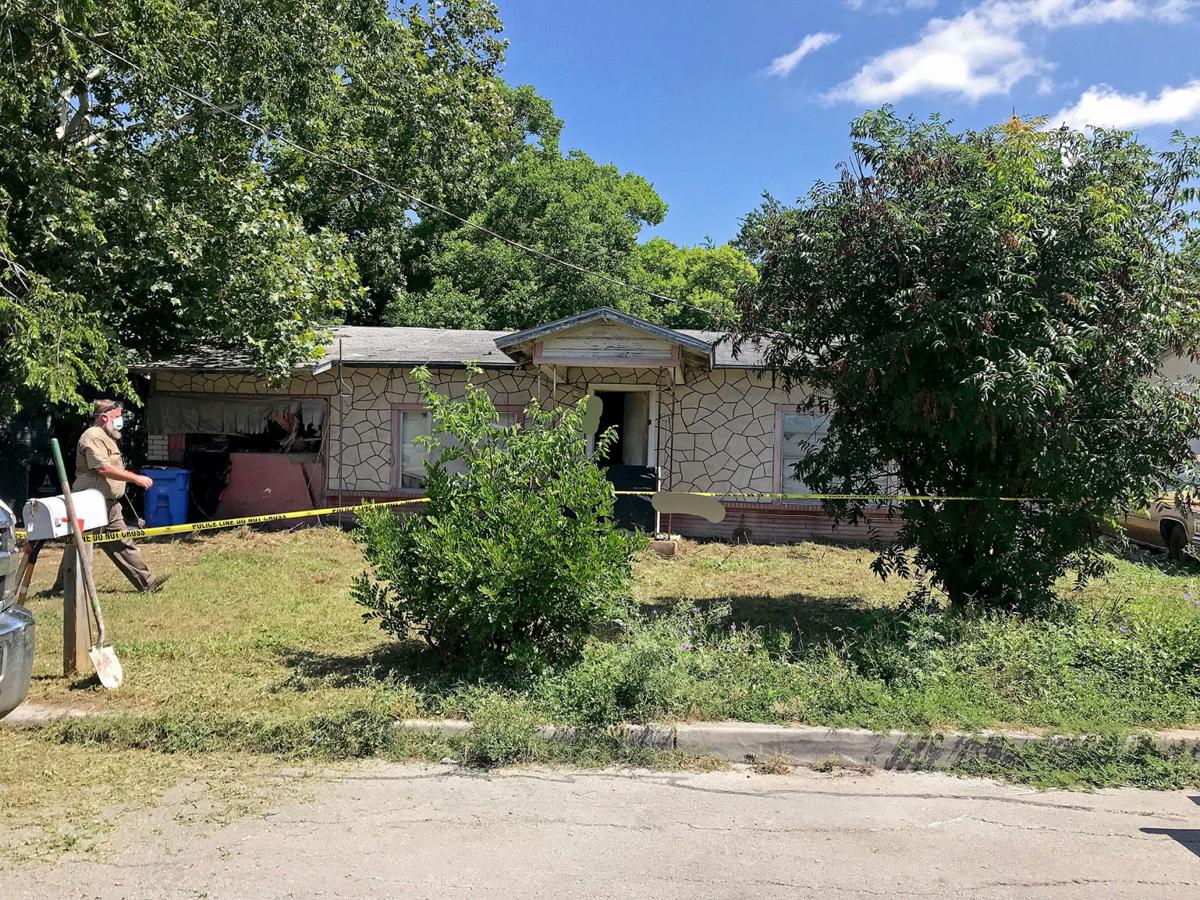 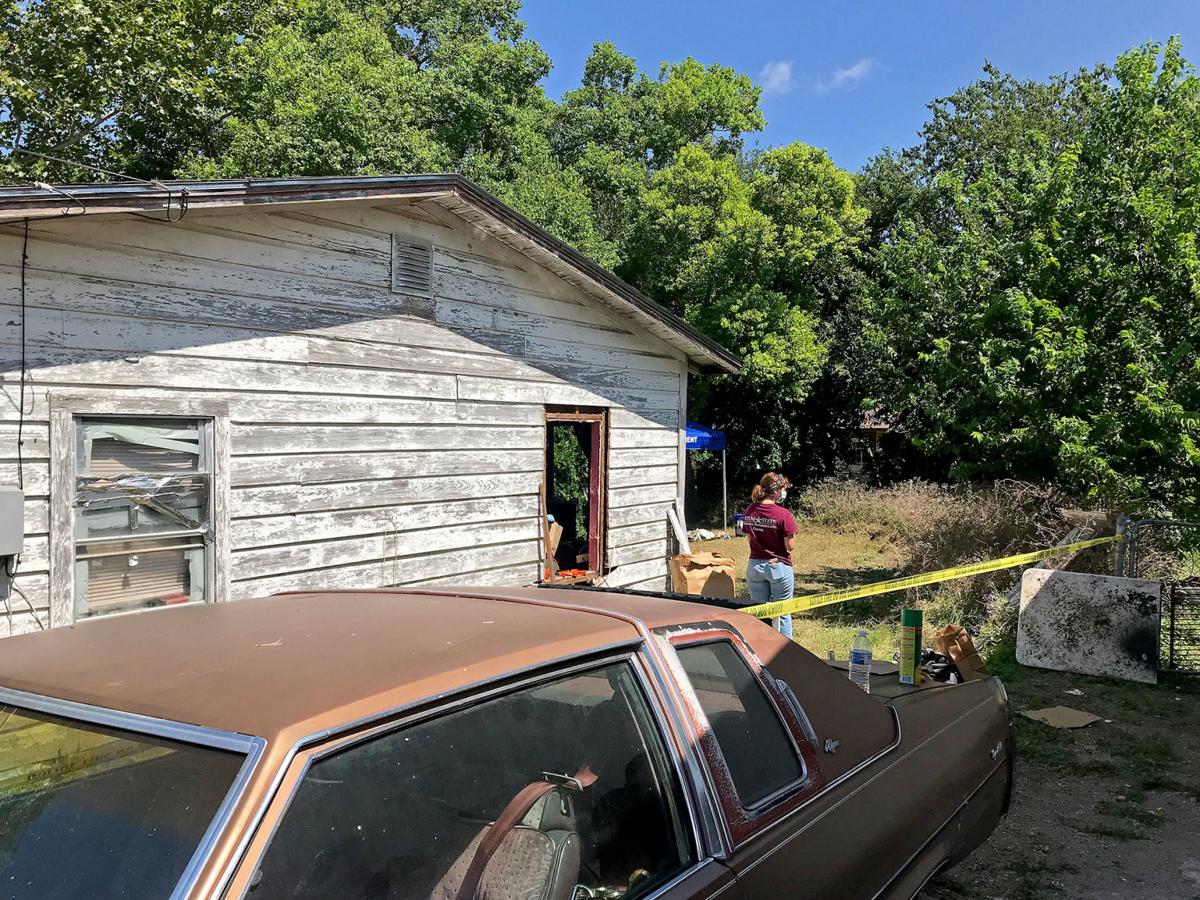 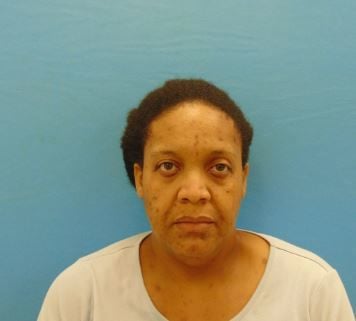 Seguin Police Chief Terry Nichols holds a press conference on Thursday, July 11, 2019 to discuss the investigation and subsquent arrest in connection to the discovery of skeletal remains that were found in a home on Sunday.

Delissa Crayton, 47, was arrested on Wednesday for allegedly forcing her child to live in the home where police say her mother — Jacqueline Louise Crayton — fell, died, and was left to decompose on a bedroom floor three years ago.

Delissa Crayton was booked into Guadalupe County Jail on a charge of injury to a child under the age of 15 causing serious mental deficiency and injury. She is currently being held on $200,000 bond as set by Justice of the Peace Pct. 2 Sheryl Sachtleben. Seguin Police and the Texas Rangers are investigating the incident and say more possible charges are pending.

The skeletal remains were found in a bedroom of a home in the 900 block of Anderson Street on Sunday night after police began investigating a claim of child abuse, Seguin Police Chief Terry Nichols said.

“Investigators believe that during 2016, Jacqueline Louise Crayton, suffered a non-life threatening fall in the bedroom at the residence she shared with her daughter and granddaughter,” he said. “At the time of the fall, Delissa Crayton failed to provide adequate assistance and we investigators believe Jacqueline died within a few days while lying on the floor.”

Jacqueline Crayton would have been 71 years old at the time of the fall, Nichols said.

When police entered the two-bedroom home, Nichols said they found the remains lying on the floor in one of the rooms behind an unlocked, closed door.

“The door was simply shut,” Nichols said. “Our first officer who was on the scene went in to do a welfare check and opened the door and found the skeletal remains. They were in a bedroom on the floor in plain view.”

Delissa Crayton and her daughter, who was under the age of 15 at the time of the fall, continued to live in the house in the second bedroom, Nichols said. Jacqueline Crayton was not reported missing.

A team from the Texas State University Department of Anthropology was called to the home to assist the Seguin Police Department and the Texas Rangers investigate the incident.

Nichols is asking area dentists for their assistance in helping to positively identify the remains as Jacqueline Crayton.

“I would like to ask any of our local dentists if they know her or worked on her at some point in their career we would be interested in talking to them and getting their dental records,” he said.

Additionally, he is seeking help from the community, family and friends to help fill in the timeline by contacting detectives at the Seguin Police Department.

“If they have specific information of when they last saw her alive or maybe they had contact with the defendant Delissa and maybe inquired about her mother and what kind of response they got, especially in the last three years,” he said.

The child was removed from the home and placed into the care of family members and is getting assistance from the Seguin Police Department’s Crime Victim’s Liaison, the Guadalupe County Children’s Advocacy Center and Child Protective Services.

Jacqueline Crayton was well-known throughout the community, and a fixture at Seguin High School sporting events, Nichols said.

Delissa Crayton is a former dispatcher for the Seguin Police Department. She left in 2014.

Nichols said this case has been especially difficult for many of his employees as they knew all three — Delissa Crayton, Jacqueline Crayton and the child.

Seguin ISD spokesman Sean Hoffmann confirmed that Jacqueline “Ms. Jackie” Crayton was a long-time former employee of the district, having worked 35 years before she retired in 2000.

“During this time she served as a secretary and teacher aide, including many years in special education life skills classrooms,” he wrote in a news release.

“It was her love for the students of Seguin ISD that brought Jackie out of retirement to serve in this role,” he said. “The Seguin ISD Matador Family is keeping Jackie, her family and friends in our thoughts and prayers during this time.”

Family members are inviting the community to a vigil honoring Jacqueline “Ms. Jackie” Crayton at 8 p.m. on Monday, July 15 at 948 Anderson St.

“Its sad to hear the new what is going around about Ms. Jackie, she was a lovable and caring person that did not deserve what happened, it is unfortunate the way she passed away,” a flyer reads. “We ask the community to come together with us and have a vigil in her name.”

Delissa Crayton is currently facing a second-degree felony and if found guilty is punishable to a term of two to 10 years in prison and a fine up to $10,000.

Anyone with information is asked to contact the Seguin Police Department at 830-379-2123.

This is certainly a case of fact stranger than fiction! 1) How in the world does any human being ignore a dying mother's pleas for help and allow her to die? 2) Afterward, how does a family continue to live in a house without seeking help? 3) Given what is now known and should have been suspected by neighbors long ago, why did no one come forward to contact authorities?