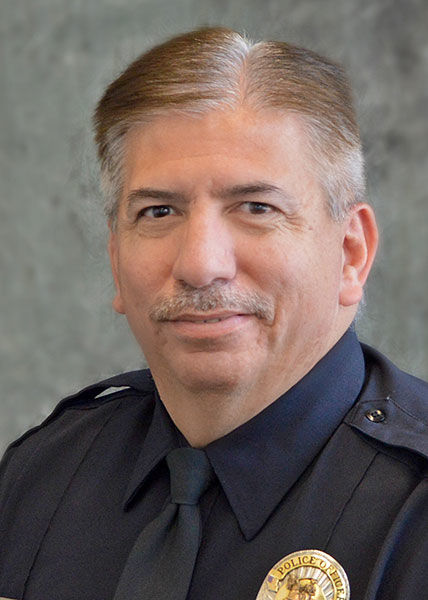 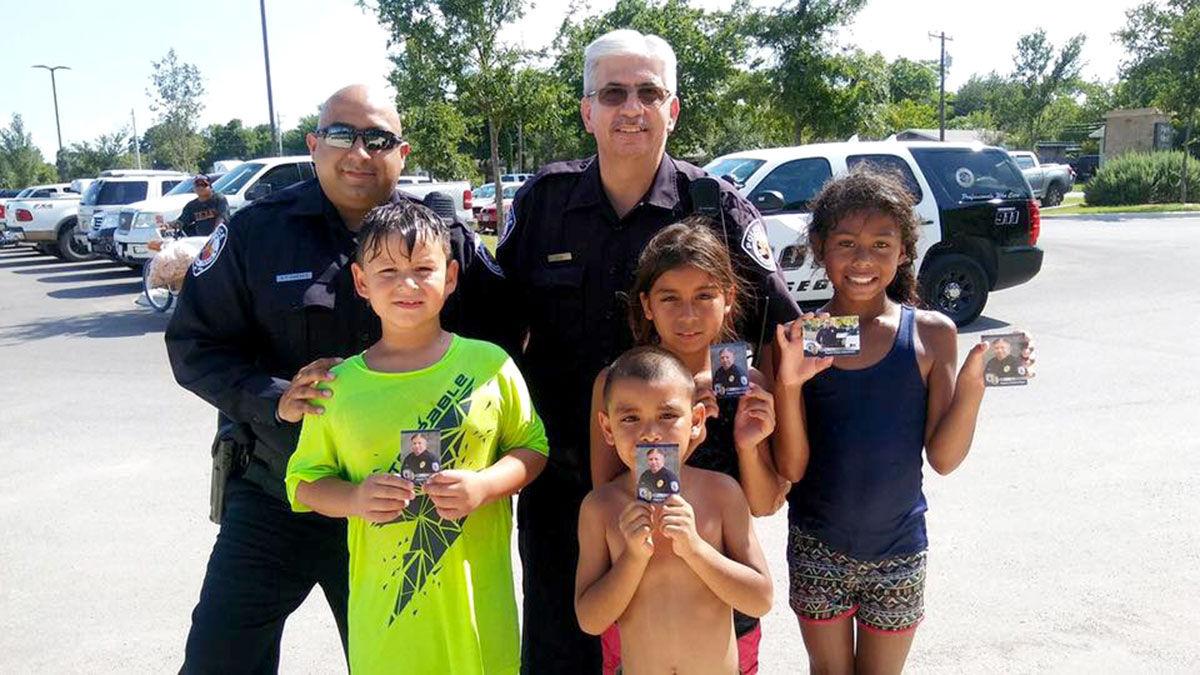 Seguin Police Officers Gus Jimenez and Paul Blea pose with a few children after giving them their cop cards.

Seguin Police Officers Gus Jimenez and Paul Blea pose with a few children after giving them their cop cards.

The death of a veteran Seguin police officer to health complications left the department shocked and saddened on Friday.

Seguin Police Officer Paul Blea served in many roles during his 24-year service to the city as a patrolman, detective, D.A.R.E. officer and instructor.

Seguin Assistant Police Chief Jaime “Rusty” Suarez said the news of Blea’s death was a shock as the department was preparing to welcome back the officer from his medical leave.

“It catches you off guard when you hear he’s gone,” he said.

Blea died from complications after open heart surgery about a month ago.

Alongside his family at the hospital on Friday, were his brothers and sisters from the Seguin Police Department, who stayed with him until the funeral home picked him up. They then escorted the officer to the funeral home.

Blea was out on medical leave after the surgery and was talking to Suarez earlier in the week about returning on light duty.

“He was ready to get back to work,” he said. “He was going to do what he could to help the department out while on light duty. He was looking forward to coming back. Everything looked like it was going to plan, but …”

Service to his family, community and country were the things Blea cherished most of all, said long-time friend Clay Norman.

“He loved his country, he loved his family and he loved being a police officer,” he said. “He was proud of all of those. He was one of the good guys. He will be greatly missed by anybody he knew.”

Norman met Blea at the Naval Special Warfare Command center in San Diego where the two were stationed in 1985.

“We were plank owners,” he said. “They commissioned the unit when we were there. He was one of the most squared away sailors I knew. We hit it off the first time we met.”

Blea made the move to law enforcement in 1993 when he accepted a position at the Kleberg County Sheriff’s Office.

He joined the Seguin Police Department in February 1995, where he made the city his home.

“The joy, the excitement, the pure passion he had for the career he had in law enforcement from patrol to investigations to evidence collection and teaching on top of that — it goes without saying, he truly loved his job,” he said. “You could see it day in and day out through his work ethic. He came in, did his job to the best of his ability and gave it 100% every single time. He always had your back when the time came.”

Blea and Norman kept in contact throughout the years, and planned on getting together soon.

So, when the news of Blea’s death hit, Norman said he was taken aback.

“Paul was one of the good guys and I don’t know why … I was in the fire service for 25 years and I’ve dealt with death and destruction … but man, it hit me like a ton of bricks,” he said. “It is just like something hit me right between the eyes.”

Blea was the type of person who could be called upon for for anything, Norman said.

“He was hard working and an honest cop and a friend,” he said. “He always took care of business the best he could. He was just a good guy. He deserved more but was always happy with what he had.”

It was the little things in life that Blea cherished, Springer said.

“He enjoyed his cigars and a good drink,” Springer said. “That is what made him happy. He could have his cigar and a drink and be completely content.”

Blea leaves behind a host of family he loved, including his two daughters and two grandchildren.

“His kids and grandkids were his world,” Springer said.

His death has is felt through the law enforcement family and the Seguin community, as a whole.

“It is a great loss to this department and this community,” Suarez said. “He is truly going to be missed.”

The service will be open to the public and the Seguin Police Department is encouraging attendees to wear purple.