You have permission to edit this article.
Edit
Home
News
Sports
Opinion
Obituaries
Calendar
Classifieds
Contact Us
e-Edition
Subscribe
1 of 5 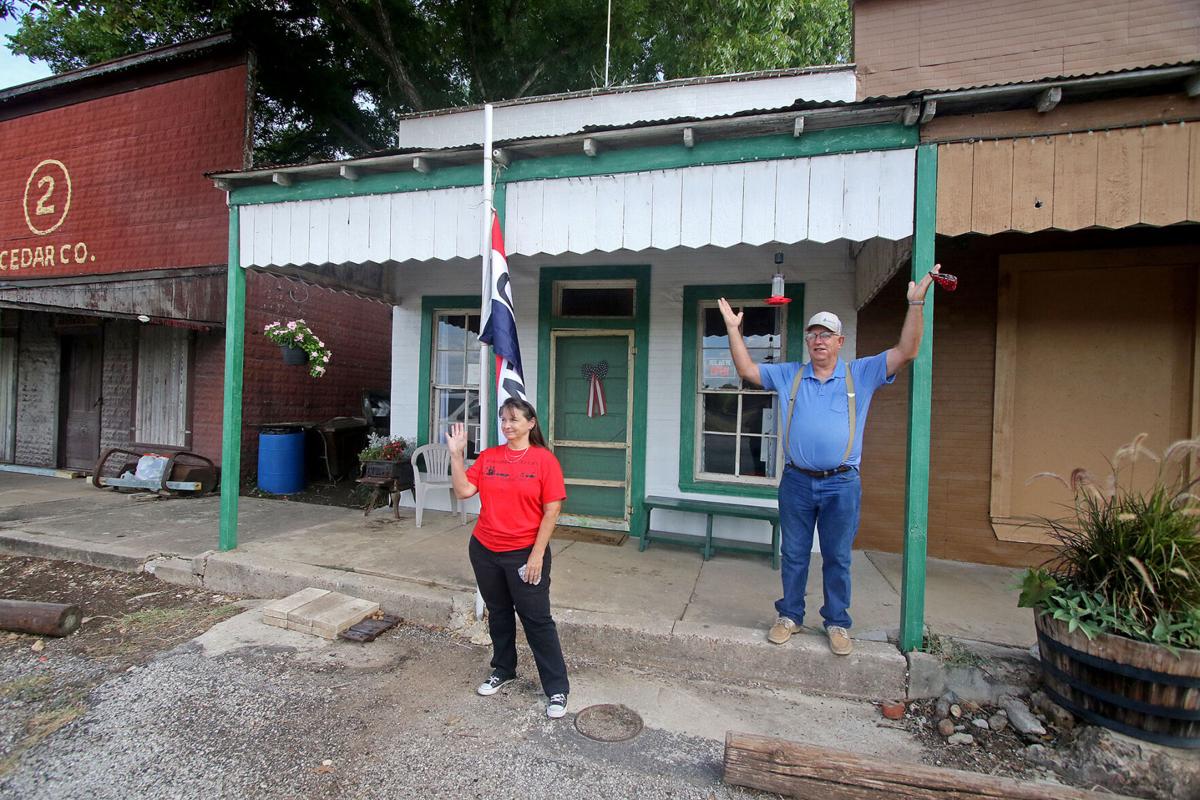 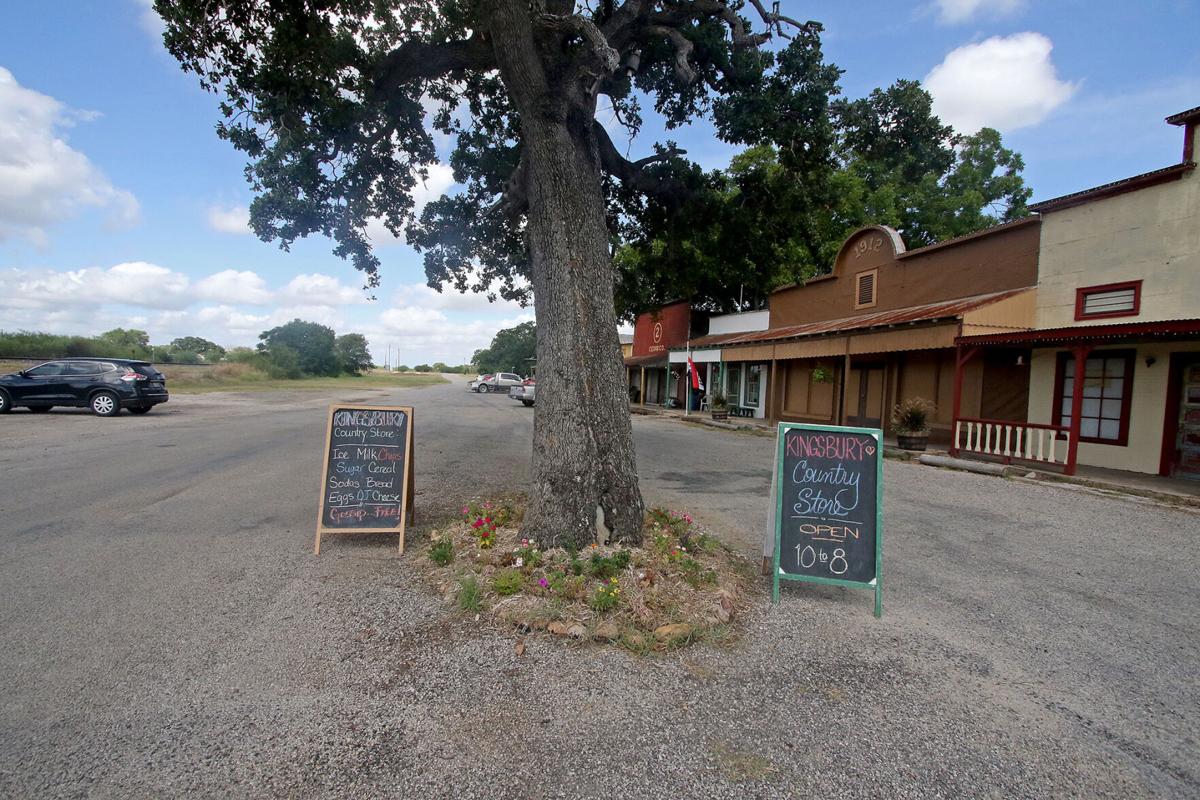 A pair of chalk board signs welcome visitors to the Kingsbury Country Store. 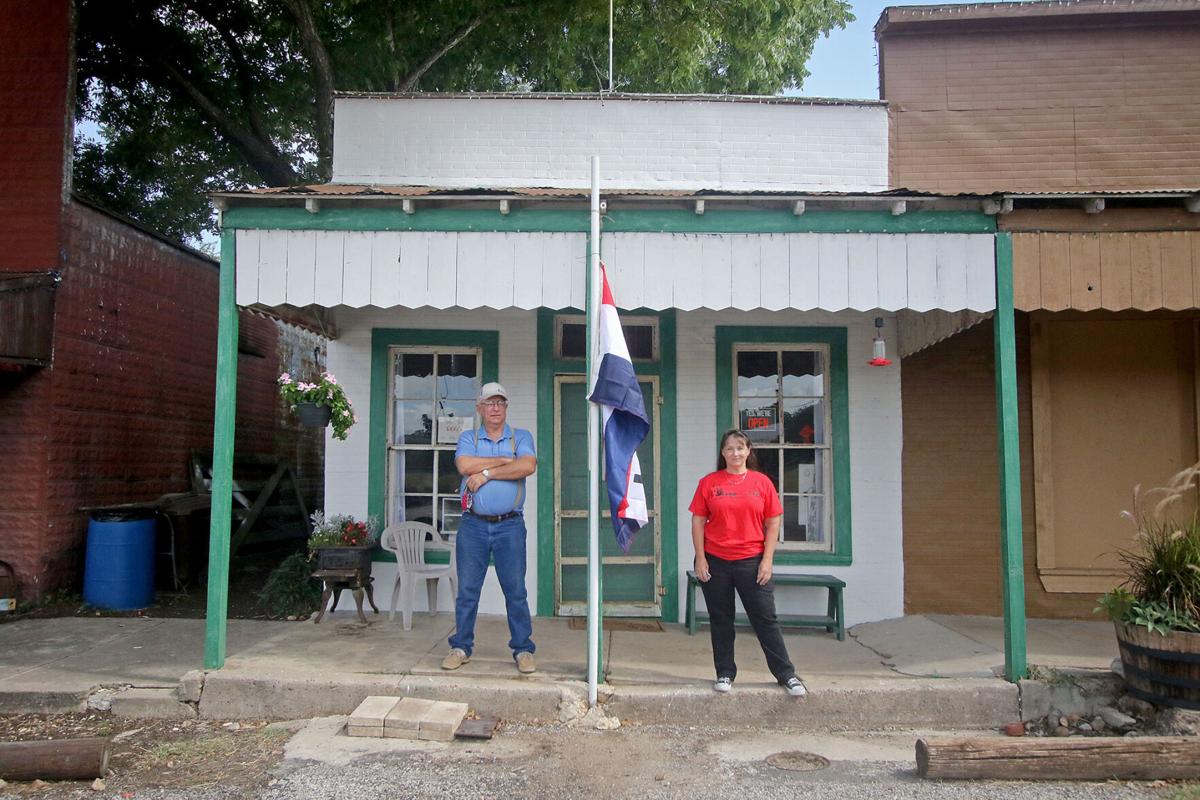 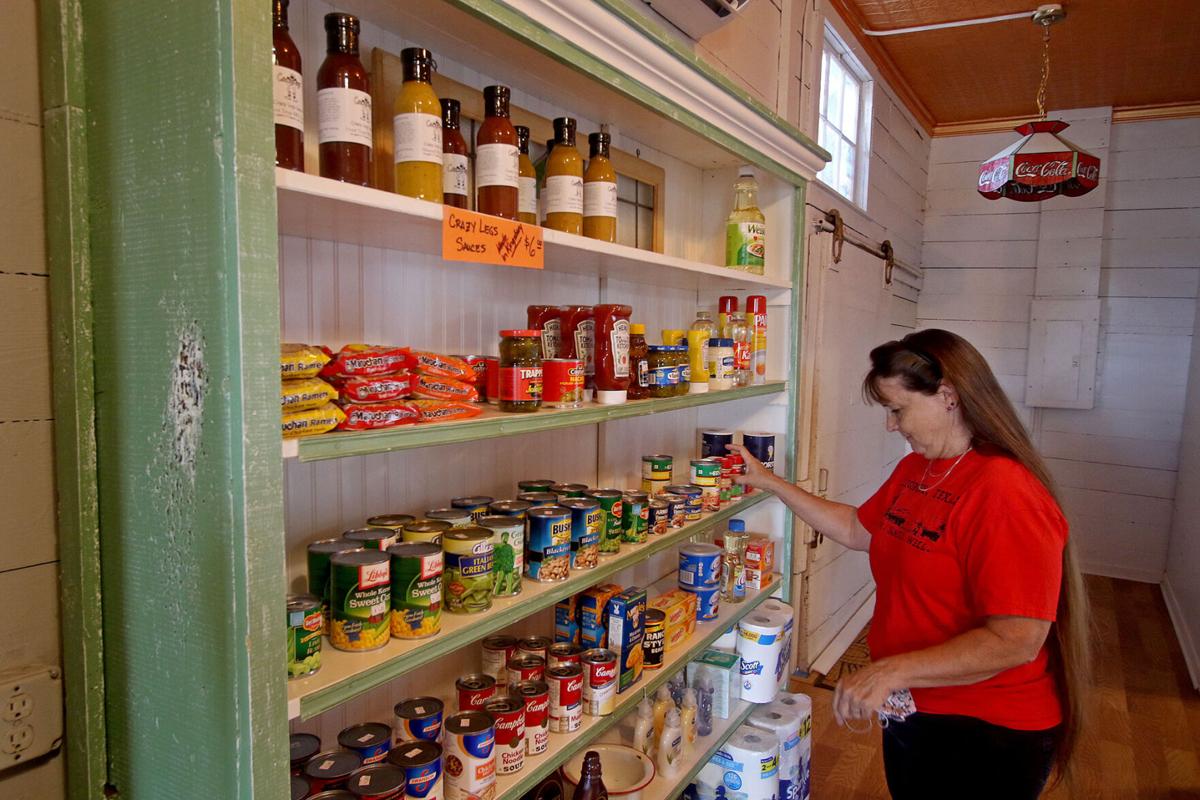 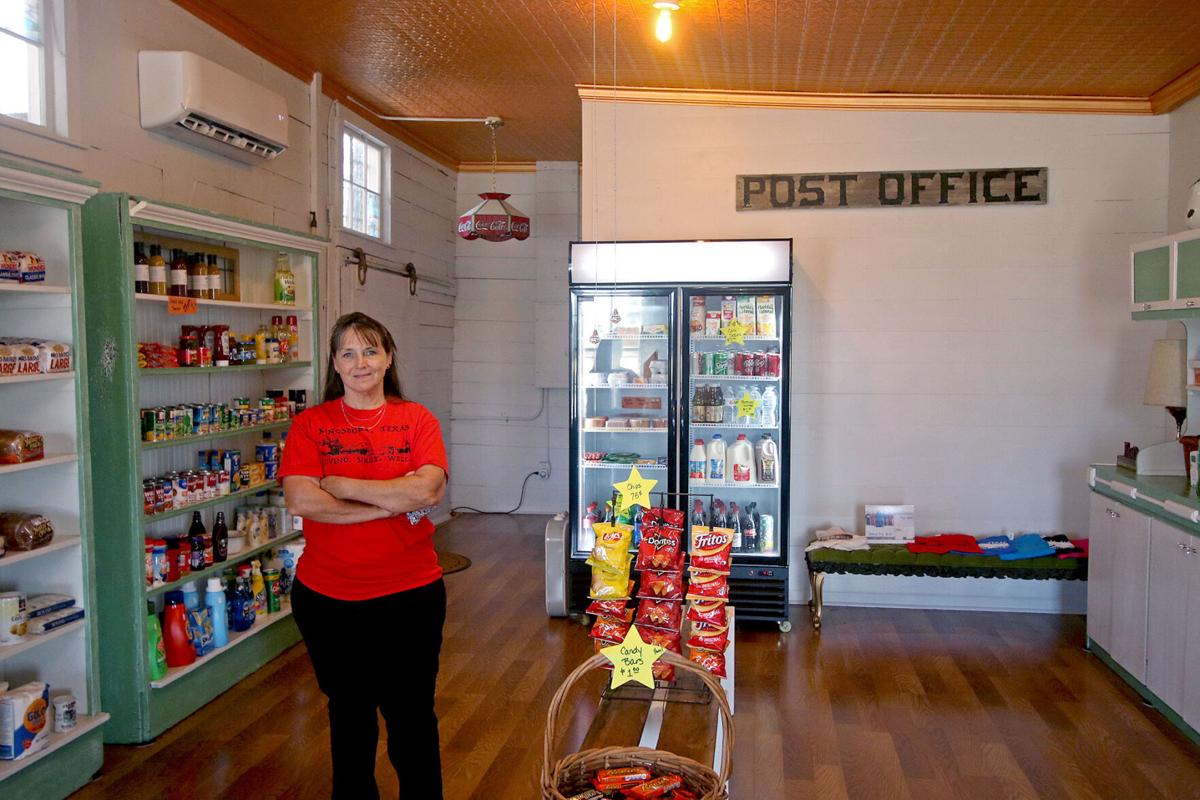 A pair of chalk board signs welcome visitors to the Kingsbury Country Store.

KINGSBURY — A red, white and blue “Open” flag waves in the wind as a breeze catches it in front of a small storefront in the heart of Kingsbury.

Inside the small white building with green trim is Kingsbury Country Store, the newest addition to the tiny Texas town.

The owner of the building and the two other adjacent buildings, Shirley Nolan, opened the convenience store last week to give area residents a nearby option for purchasing groceries in a pinch.

“I live here and, just like everyone else, I need a place to get some milk when we’re out or get some bread when we’re out, and not have to run to Seguin or Luling or Fentress,” she said. “We started with this and are hoping to grow this.”

Guests are greeted at the door by Nolan, who also serves as Kingsbury’s mayor, or Mike Matthis, typically all by first name.

The shelves house the basics a nearby resident might need — a gallon of milk, a box of cake mix, sandwich fixings, snacks, cleaning supplies. The only thing it lacks, Nolan said she’s working on procuring.

“We’re getting a freezer for some frozen goods and ice,” she said. “We’re working on the beer license so we can sell beer.”

While there are some basic staples, there is one brand that can’t be found in most stores. Nolan has worked out an arrangement with a neighbor to place his product — Crazy Legs Sauces — on the shelves.

That’s just the start of what Nolan hopes the store can offer for other community members.

“I want to make it really more of that country store/general store where we’re bringing in locally grown fruits and vegetables, and maybe get some more tables of people’s items,” she said.

Nolan and her husband purchased three buildings along Railway Street worried they would continue to deteriorate and get torn down causing the town to lose a piece of history.

“These buildings were so close to falling down,” she said. “It was in really, really bad shape. The floor had rotted into the dirt and the walls had rotted big holes. The wood was like papier-mache, you could just put your finger through it. The rafters had rotted away and the ceiling was rotted and falling down.”

Some people suggested the Nolans save the front of the buildings, demolish the rest and build it new, but she couldn’t bring herself to do it.

“It’s not the buildings’ fault they’ve been neglected for so long,” she said. “I was real determined to fix these buildings back up.”

Nolan learned to cut glass, fix the weight and pulley system in the windows and replaced rotting beams and panels throughout the smallest building of the three.

In the endeavors of pulling off the old wooden planks and replacing them with new slats, the Nolans discovered the sign that designated the facility as the town’s first post office.

“The sign board was just out front, nailed to the front of the building. We all thought it was just a bare board,” Nolan said. “My husband had said he though the board might have letters on it, you could feel it. We got some flashlights and held them in different directions and you could see the letters. I got three flashlights and laid them down, traced out the letters, you could see just where the ridges were on most of them, and painted it.”

Nolan said renovation of the buildings has a been a long and arduous process, one she said her husband was more than willing to take on.

“It has definitely been an adventure,” she said. “My husband has really put his time and effort into all of this out here.”

With the store up and running, and work still to do on the other two buildings, Nolan is taking suggestions on what the community wants to have in the small town.

But for now, she’s happy offering a place for a quick trip without the travel.

“I’m just like everyone else, I need a place to come and get something when I need it,” she said. “Everybody has said the same thing, everybody that has come in, ‘oh, we needed this so bad.’”