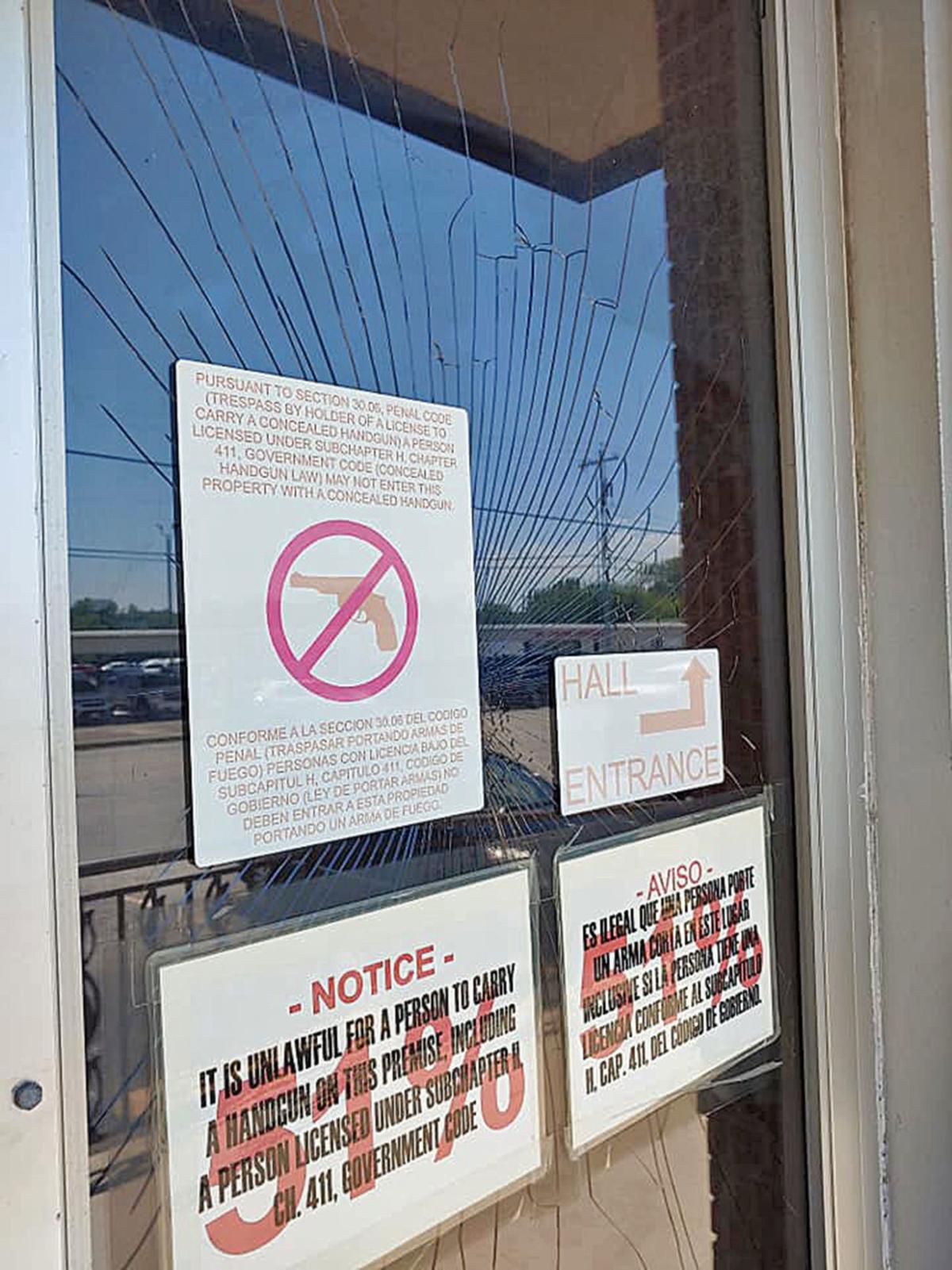 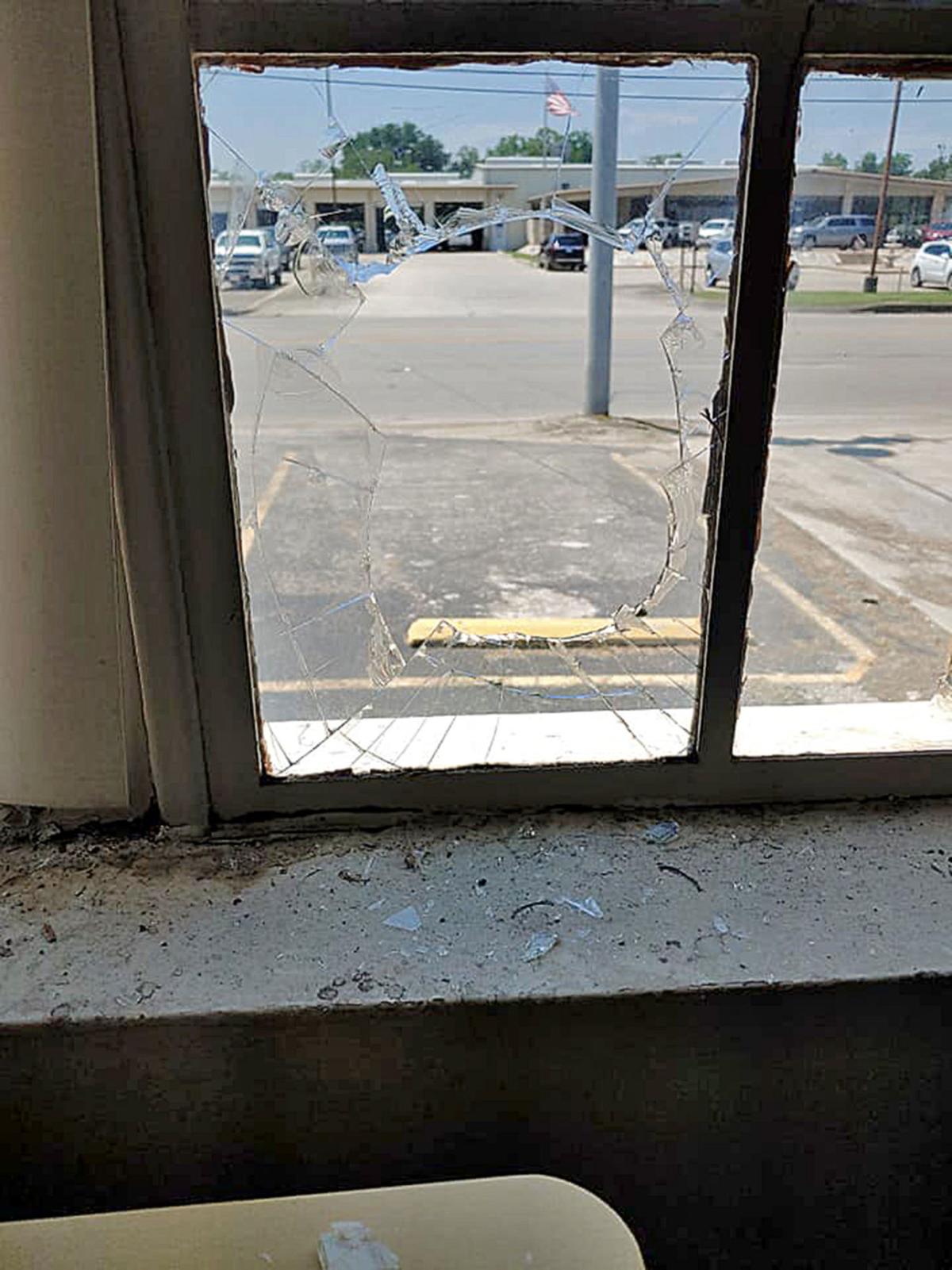 American Legion members took a photo from the inside of their office showing a window that was damaged earlier this week.

American Legion members took a photo from the inside of their office showing a window that was damaged earlier this week.

Members of a local veterans organization recently discovered some damage to their building, and are holding a fundraiser to help recoup the costs.

American Legion Post 245 Commander Felisa Ramirez and previous commander Reno Reiley met at the hall on Tuesday and found the front door and a couple of windows were broken.

“We showed up around noon and it looked like somebody had thrown something at one of the doors,” Ramirez said. “It had that real thick tempered glass, so it didn’t break the glass, but it did that spiderweb and it shattered it. Our office, which has a bunch of different paned windows, it looked like they either punched it out or if they threw a rock, it didn’t go through the window, because there was no rock on the inside.”

The veterans group reported the crime to the police.

The cost to replace the door and windows was almost $500, but with the hall closed for several months due to the pandemic and then limited numbers of people venturing out to play Bingo, Ramirez said the cost was a lot to absorb.

“We’re just trying to make ends meet, but that really hasn’t happened. And now we have this extra expense,” she said. “It is frustrating. We didn’t need this glass broken.”

The veterans will sell hamburger plates and beverages.

“We’re calling it Bike Night because we’re encouraging the bike community, who is always really good about support. It’s open to everybody,” Ramirez said. “We’re not making it to be some big fancy fundraiser, we’re just trying to get some of our friends and community together to support us to help offset some of these expenses and get back on track.”