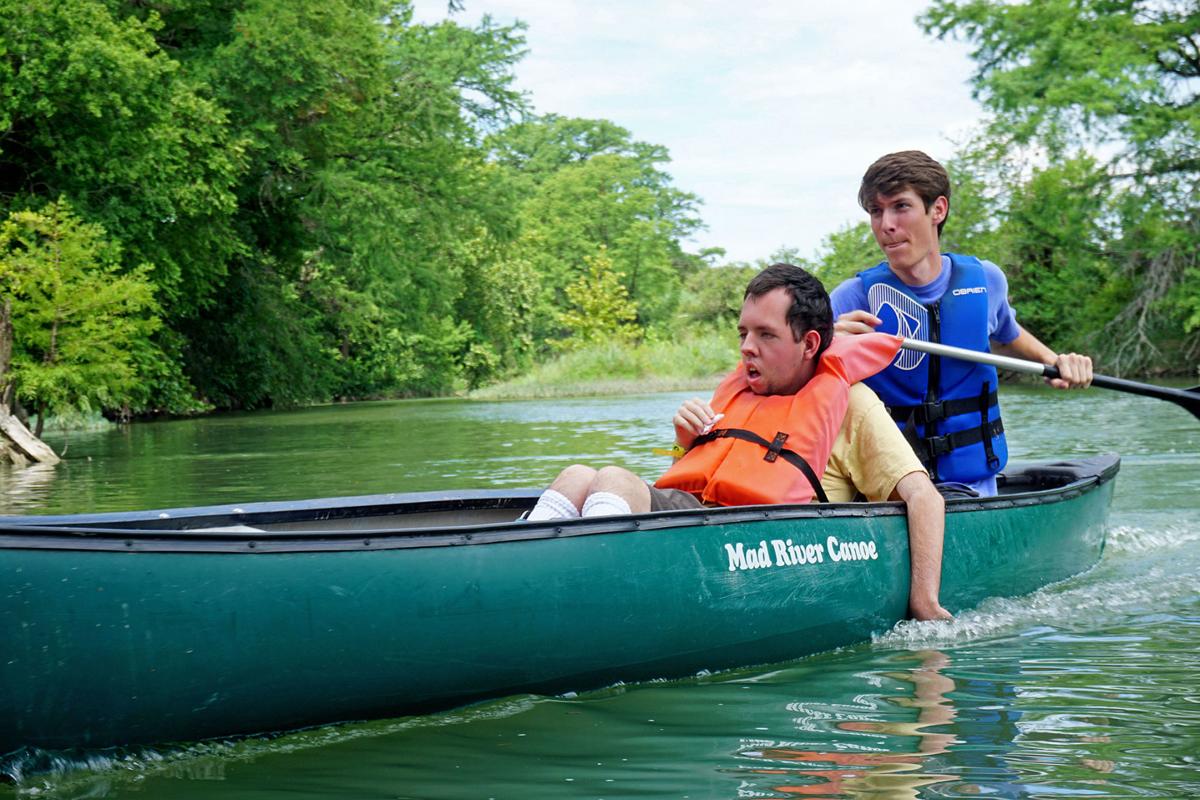 Brandon McConnell (left) enjoys a ride in a canoe while a CAMP volunteer pushes them along. 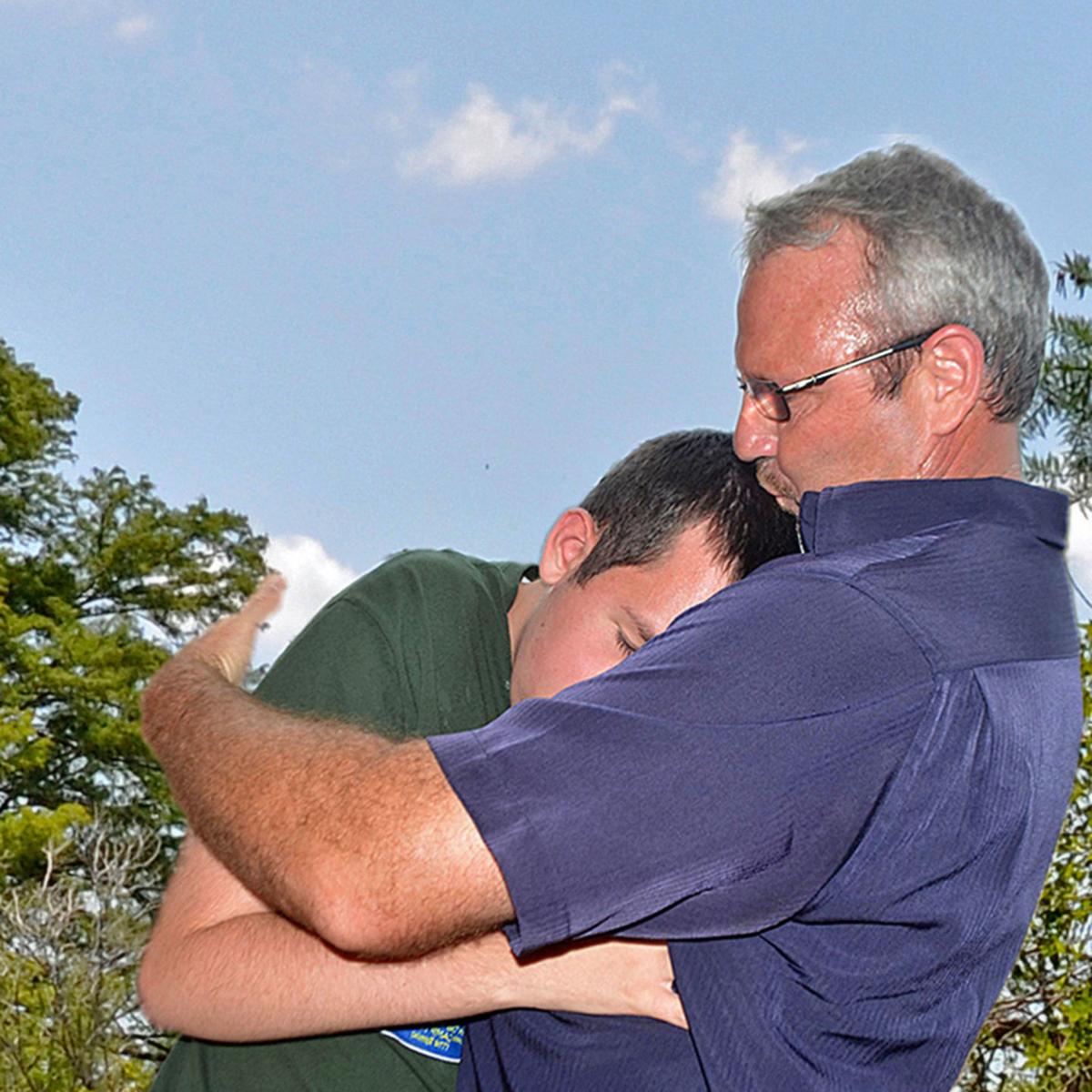 Brandon McConnell (left) enjoys a ride in a canoe while a CAMP volunteer pushes them along.

He does this as the chairman of the Children’s Association for Maximum Potential (CAMP) — a camp located in Center Point, about 90 miles from Seguin, geared toward providing anyone with special needs between the ages of 5 and 50 the opportunity to enjoy traditional summertime fun year-round.

“What’s beautiful about [CAMP] is that they’re out there doing the thing’s that we all did at summer camp that we take for granted,” McConnell said. “They’re finding a way to make that happen for each and every one of those kids.”

While at the camp, participants can enjoy activities like horseback riding, floating the river, music and canoeing under the guidance of committed volunteers, McConnell said.

“There are 60 acres of pure fun at that place, and a lot of the volunteers who are usually high school kids spend a week out there and realize ‘Oh, my god, this guy I really struggled to understand is a real human being and he’s actually pretty funny, and he’s a cool person,’” he said. “It’s a great way to learn that everybody is a human being. We may all be different in some ways, but in a lot of ways, we’re pretty much all the same.”

McConnell volunteered to join the board five years ago after sending his son, Brandon, to the camp.

“My son is a young gentleman that has special needs, and the first time that I took him, he had never been away from me,” McConnell said. “I was nervous, but I dropped him off on a Saturday and picked him up on Friday, and I showed up to the camp expecting to see him excited to see me. He was sitting up on this hill with a counselor and turned out it was a girl — he likes girls — and he saw me and the look on his face was like, ‘What are you doing here? Don’t you see what’s going on? I’m having a good time.’”

Since 2017, McConnell has served as chairman of the board. In that time, he oversaw a fundraising campaign that raised more than $7 million to update the camp’s 40-year-old facilities for Americans with Disabilities Act compliance.

“You need to have bathroom facilities large enough to accommodate wheelchairs, showers that can accommodate a couple of people being there so that you can make sure everyone is being treated with dignity and respect,” McConnell said. “It was just never built to be intended for this. But the outpouring of support from the community was heart touching. There’s a whole lot of money that got involved to make this happen, and it’s a testament to the people that donated to this.”

“Ken is so passionate for the things he cares about,” Osborne said. “He’s very, very active on the board in making sure our mission is out there and that we are being seen and heard by people. His was actually one of the very first gifts to the campaign at a very significant level, and so he led it by example. We have never raised that kind of money before, and he certainly was a big part of it. We couldn’t have done that without him.”

CAMP is not only for the campers but parents and guardians as well, McConnell said

“This falls under the guise of respite,” McConnell said. “And respite is essentially saying, ‘mom or dad or whoever the caretaker is, we’re going to give you a break for a week of your life.’”

CAMP has gifted McConnell with comfort for the future of his son, he said.

“I know he’s getting the sensation that it’s okay to be without me,” McConnell said. “You have to look at the reality of these things; he may outlast me. I have to have my own sense of knowing that he’s going to be out there in the world without me at some point in time in his life, and it’s okay. When you’re a parent of a specials needs child, that’s a subject matter you struggle with but like the line in Finding Nemo said ‘If you never let anything happen to him, nothing is ever going to happen to him,’ and there’s a lot of truth in that.”

With a summer program that oversees more than 850 children and adults a year in South Texas, the only place for CAMP to go is outward, Osborne said.

“We are continuing to expand our programs,” she said. “We also do year-round programs, and we’ve expanded those programs to September through May, so we serve another 200 or 250 adults or kids in that time frame. So our expansion is a really bright future, and then, of course, our property out in Center Point will continue to expand through a master plan over the next 10 years.”