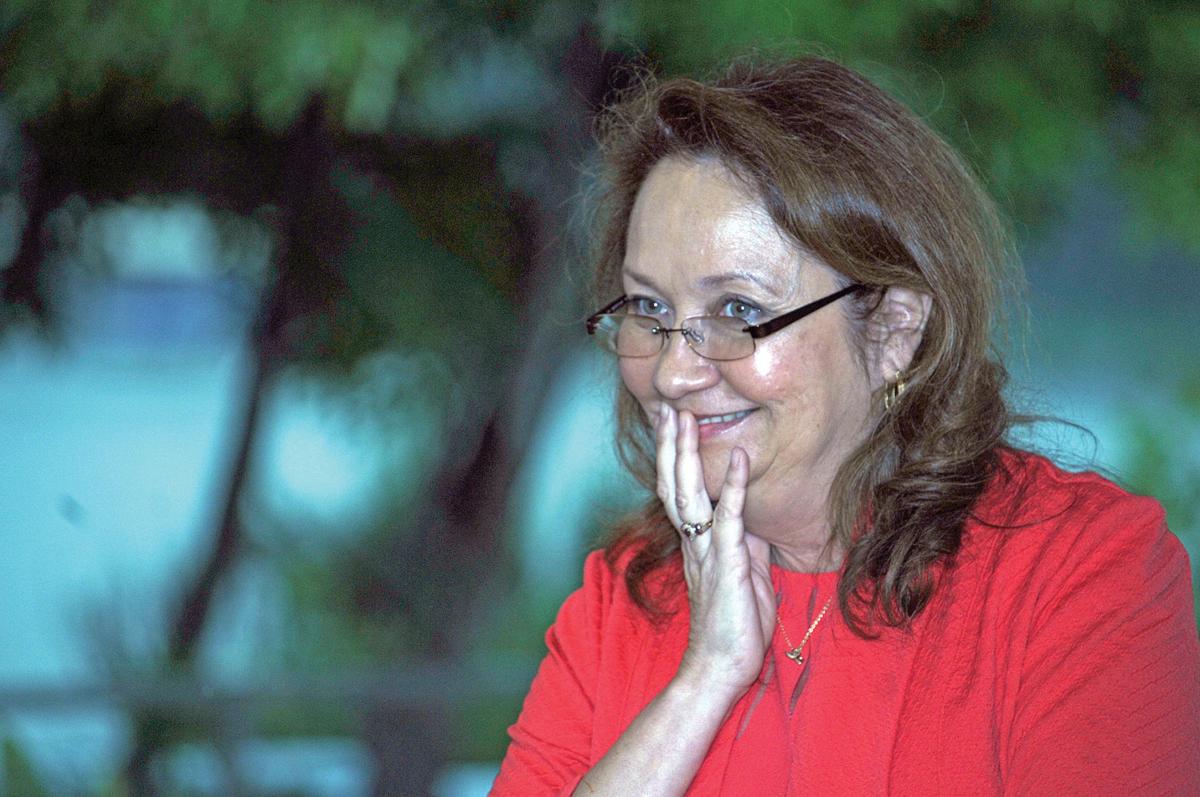 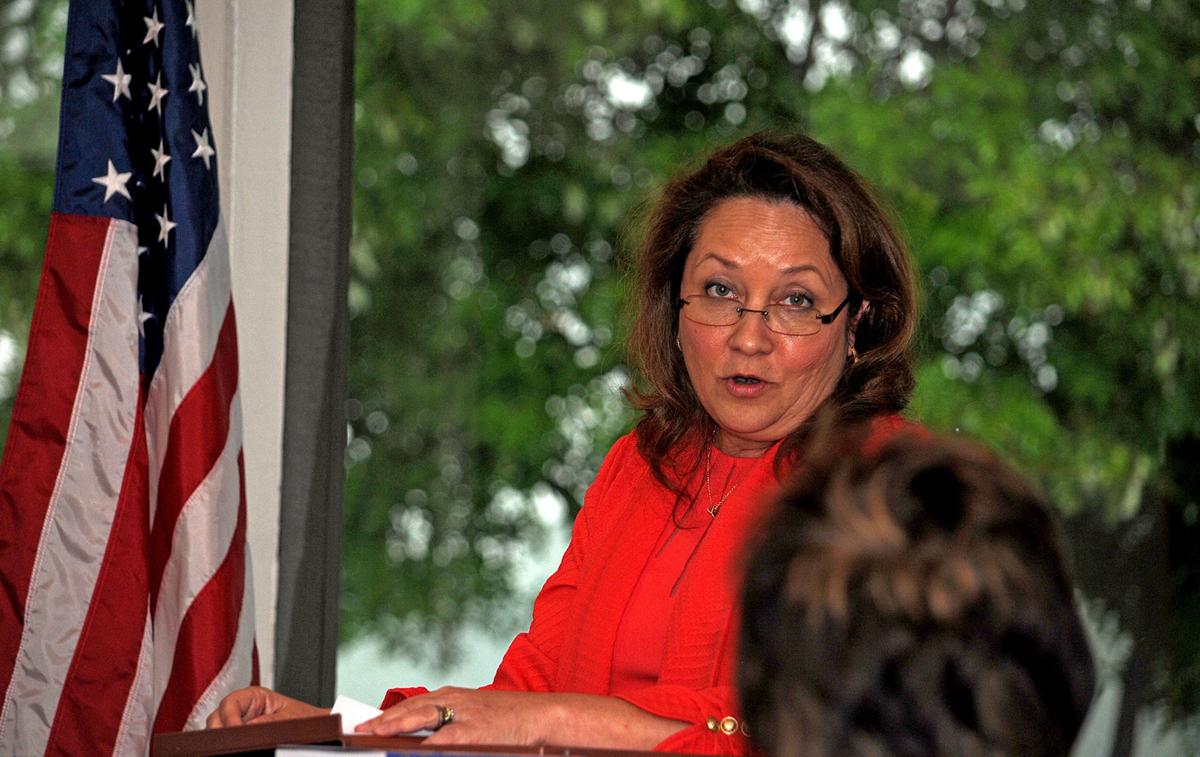 McQUEENEY — Texas’s new first lady, Cecilia Abbott spoke to a receptive audience Thursday about women and their role in the state, but first she talked about the weather — and about Texans in general.

With a thundershower splashing down on Lake McQueeney as a backdrop, Abbott, wife of Gov. Greg Abbott, spoke of recent stops she and her husband have made to gauge weather damage around the state.

“Greg and I have been traveling to the most-affected areas and we’ve seen first-hand some of the destruction,” Abbott said to a room at Lake Breeze Ski Lodge filled by the officers, members and guests of the Guadalupe County Republican Women’s Club. “But we’ve also seen firsthand the wonderful spirit of Texans helping one another.”

She described a trip to Van early in May in which she and her husband watched as local people digging out from beneath the debris of a tornado politely turned down financial help in the wake of their tragedy.

“Their response was, ‘We have it, we’ll take care of it,’” Abbott told the group.

She and the governor looked around at homes destroyed in the storm and politely inquired about where the shelters were.

“They said, ‘They’re staying with neighbors — their neighbors took care of them,’” Abbott said, remarking at how those people in the wake of a life-shattering tragedy held their heads up and in doing so showcased the Texas spirit.

The first lady updated the club on the renovations of the governor’s mansion, burned several years ago in an arson fire of undetermined origin, and invited them to come see the historic house of all Texans.

“It’s been restored to its full majesty,” Abbott said. “It’s exactly what it was before the fire.”

Abbott’s first few months in the governor’s office, with its 84th Legislature and spring storms, has been a whirlwind, she said.

“Truly it’s just wonderful to be here today with powerful women in Texas,” Abbott said. “I want to make sure you know it was women who elected my husband governor!”

There was an enthusiastic round of applause.

Abbott moved on then to an anecdote about the defeat of the British at Yorktown, Virginia, during the American Revolutionary War in which the vanquished commander, General Charles Cornwallis, was forced to surrender to a siege laid down by George Washington augmented by French troops and German mercenaries.

“General Cornwallis said, ‘Destroy all the men in America, and you still shall have all you can do to defeat their women,’” Abbott said. “Think of how quickly the American Revolution would have ended if the British were fighting the women of Texas!” she exclaimed as a nearby lightning strike dimmed the power for a second or two.

“Apparently, God is a man,” Abbott quipped to laughter and applause.

She said women deserve a great deal of credit for the success of Texas, with 5 million of them in the workplace. Abbott also said she looked forward to seeing more done to empower women.

“Texas is home to more women veterans than any other state. We want to promote and expand opportunities for women in Texas,” Abbott said. “It is our turn to serve the women veterans who have served us and help them to follow their dream. When they succeed, we all succeed.”

As a former school teacher and principal, Abbott said she understood the importance of success in school — particularly reading — and that involved parents are key to that success.

For her and her husband’s part, she said, both are dedicated to giving back to their community, and it should be no different for members of the Republican Women.

“I believe we are all called to service and I encourage more Republican women to run for office,” Abbott said. “Increased opportunity for women is something I’d like to focus on and I’d love to have your help. Thank you so much for ensuring that even the future is bigger in Texas!”

The first lady can be reached on Facebook or by e-mail through her official site: http://gov.texas.gov/firstlady/