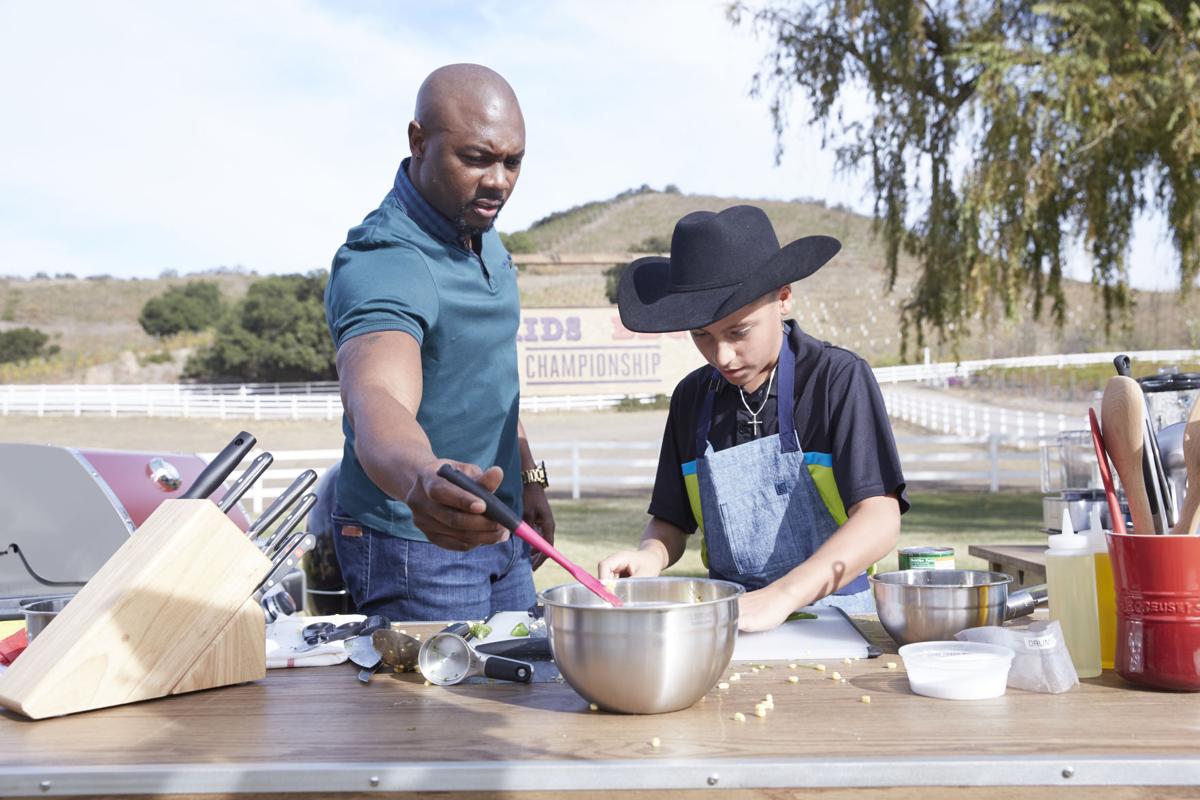 Host Eddie Jackson with contestant Ty Machado, as he prepares his dish for the Chicken BBQ Challenge, as seen on Food Network’s Kids BBQ Challenge Season 1. 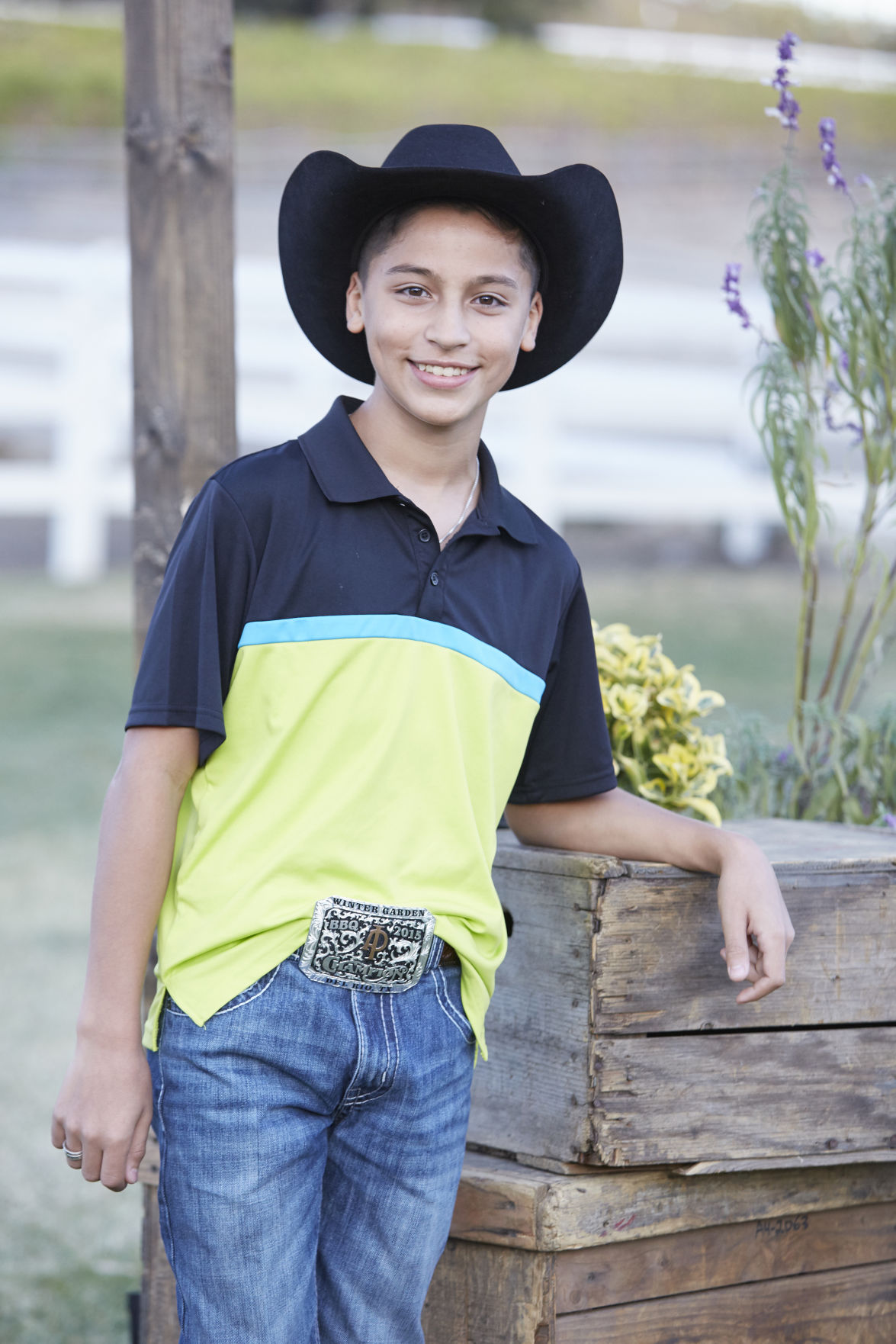 Host Eddie Jackson with contestant Ty Machado, as he prepares his dish for the Chicken BBQ Challenge, as seen on Food Network’s Kids BBQ Challenge Season 1.

Having great tasting barbecue is a Texas thing, and 13-year-old Ty Machado is representing the county to show the Food Network how the 830 likes its meat.

After learning the network had an open casting for the newest series, Kids BBQ Championship, Ty applied and ended up being selected.

But it didn’t happen over night.

The Navarro Junior High School student and his father, Joey explained what it took to get a spot on the show.

“One of the companies that had sponsored Ty wrote a blog about him doing well in competitions, and the writer was the one who sent me the link,” Joey said. “We submitted the online application along with the link to the blog.”

After that, he said his son was interviewed and submitted a video.

It took a few months before the Machado family learned that Ty was going to be a contestant on the show.

“I was very anxious,” he said. “I was definitely hoping that I would be able to get on the show.”

For about two years, Ty has cooked competitively with his dad leading him every step of the way.

He has taken barbecue and competitive barbecue classes hosted by cooks who have won many competitions themselves.

“You have to know what everyone else is doing that’s winning,” Joey said. “They put on classes that he attends to know what they’re doing to see if he could take his game to the next level.”

Joey said the biggest thing that makes Ty stand out from the other contestants are his previous competitors.

“Ty is cooking against adults,” he said. “There’s not many kids that do that.”

One of those well respected barbecue names he has competed against is Ernest Cervantes, who has appeared in Grill Master and BBQ Pit Master.

At the BBQ IBCA Cook-Off last spring in Uvalde, Joey said the scores between Cervantes and Ty were a two point difference. Ultimately, Cervantes won first place, while Ty came in second.

Little did the family know, this was all just practice leading up to a more heated competition, the Kids BBQ Championship, which started filming last winter.

“It was a lot of hard work ... We didn’t know how in depth it was going to be; we didn’t know what to expect,” Joey said. “Ty just tried to put his best recipe, and hopefully, he was prepared for what would happen. There’s not too much he can’t do, he’s pretty confident.”

The Kids BBQ Championship is a six-episode event, starting May 23 on the Food Network.