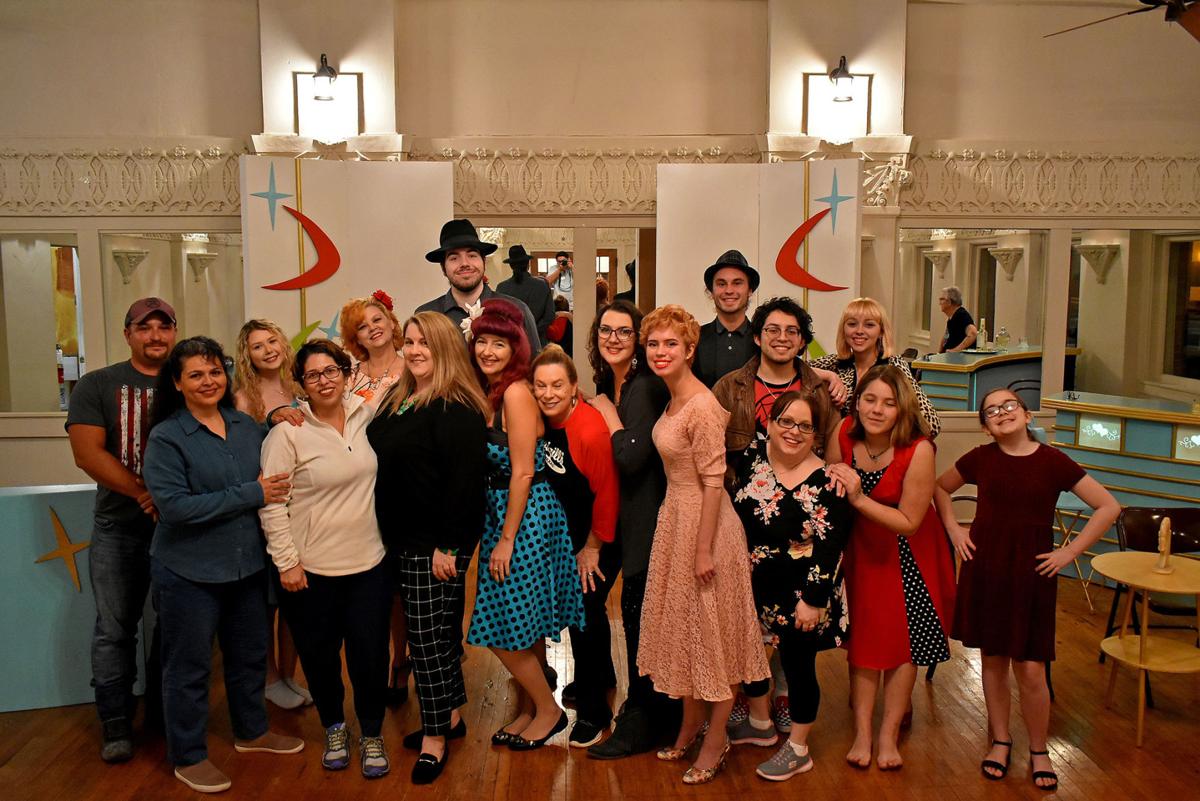 The cast and crew of Playland Production's "Love At The Parthenon Lounge" pose for a photo on Monday, Feb. 10, 2020 in the Rose Ballroom at the Aumont. 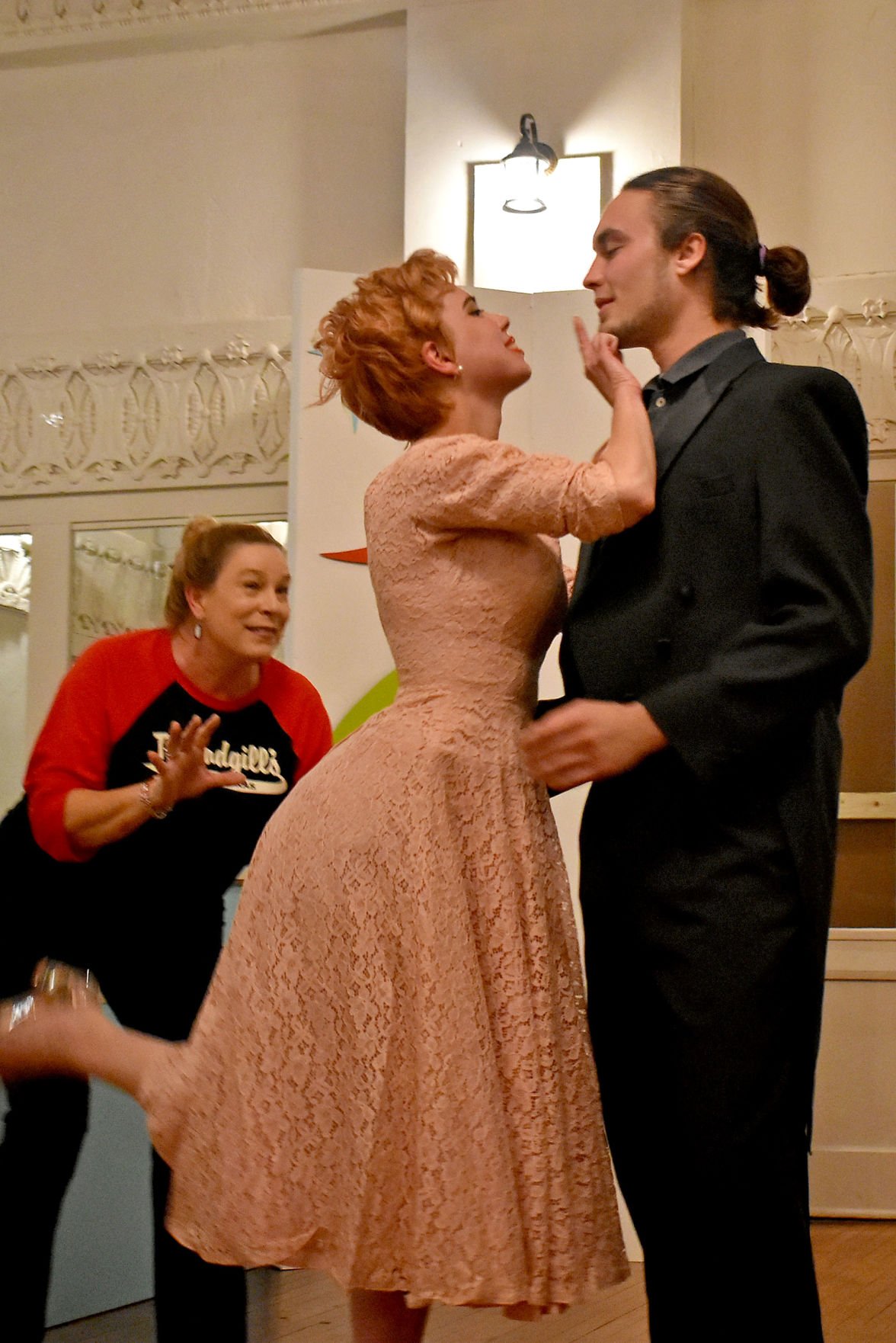 The cast and crew of Playland Production's "Love At The Parthenon Lounge" pose for a photo on Monday, Feb. 10, 2020 in the Rose Ballroom at the Aumont.

Local performers are hoping to dance their way into Valentine’s Day this weekend with an homage to Cupid.

Brandi Atchley and Amy Hanson of Playland Productions Entertainment and Events collaborated to create “Love at the Parthenon Lounge,” a musical performance telling the story of Cupid in a throwback setting at the Aumont Rose Ballroom.

“It’s Rat Pack-style music from 1961, and we really want people to have an experience where they come and feel like they’ve walked back in time,” Atchley said. “The story is a bit of a modern story about Cupid and Psyche where they are in a club, and Cupid end’s up being a lounge singer, and Psyche end’s up working there. Let’s just say there’s a little trouble in romance.”

The musical, which consists of about 20 thespians, was originally planned to be a casual performance, Hanson said. However, once the duo began writing the script back in September, it evolved into something more.

“This started out as just going to be a lounge show, where we were going to have musicians, a live band, sing some songs, maybe tell a joke and then it just turned into, ‘Well that might not be interesting enough,’” Hansen said. “So we set up little side stories, and it turned into characters, and it really just snowballed.”

The performance is accompanied by a Mediterranean dinner provided by chef Mike Shillinger of the Dilly Deli, Atchley said.

“We wanted to do a Mediterranean theme because our show is reaching Roman mythology,” Hanson said. “There’s a chicken piccata selection; there’s a beef and lamb selection — that’s beef and lamb on the same dish — and there’s a vegetarian selection.”

“What we do with the funds is we use them for educating the families in town,” Special Kids with Special Needs president Leticia Machado said. “We bring special speakers in depending on what the families need to cope with their everyday life with special needs kids. We also help families that can’t afford items like medical equipment and, if insurance doesn’t pay for it, we try to cover it for them. Also, we have families get together that need that social bonding.”

Event goers are invited to stick around after the show for performances by Big Daddy Dean and Chip Skaggs, Atchley said.

Show doors open at 6:30 p.m. this Friday and Saturday. A Sunday matinee is slated for 2 p.m.

“You’re getting dinner and a show, and there will also be a memento,” Hanson said. “We’re also going to have photos being taken and other people walking around with Valentine’s Day candy and roses. There’s going to be a lot, so it will be a one-stop-shop for that gentleman, or woman, that maybe hasn’t done anything yet.”

Tickets for all three days are available for $60 at playlandevents.com or at the Seguin Chamber of Commerce and must be purchased two days in advance.