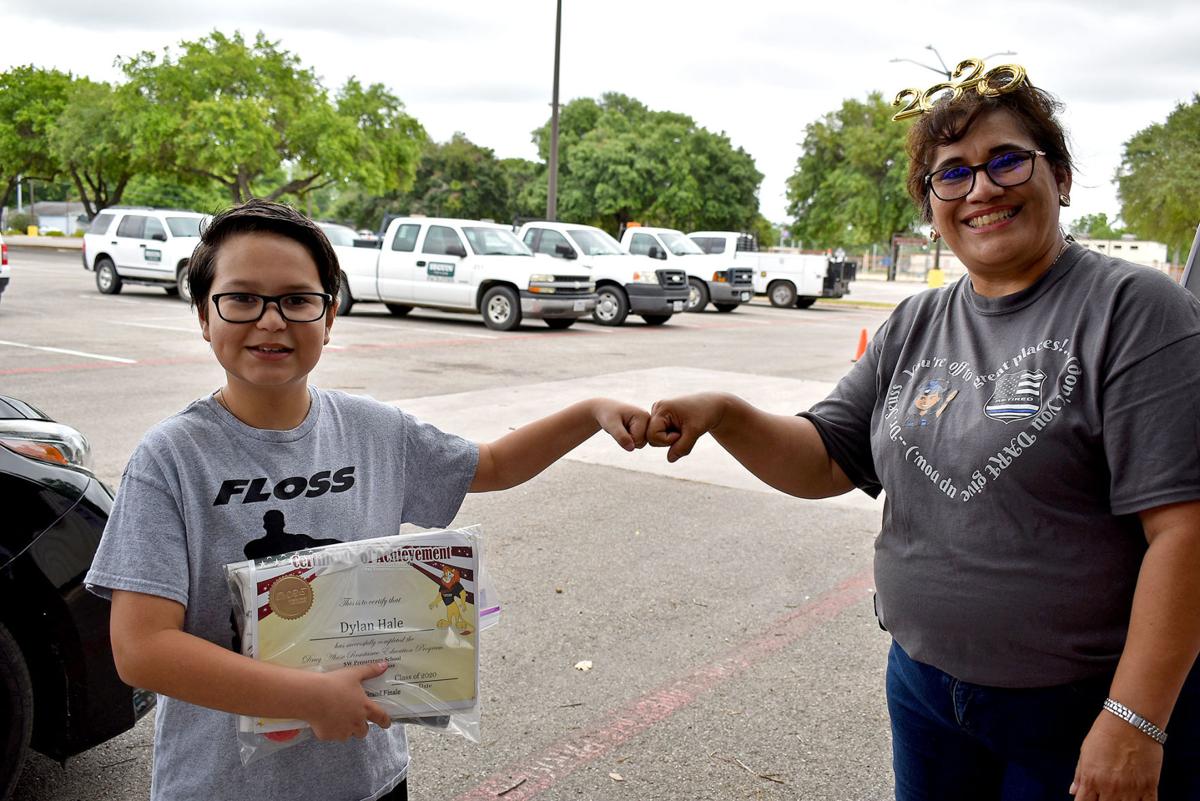 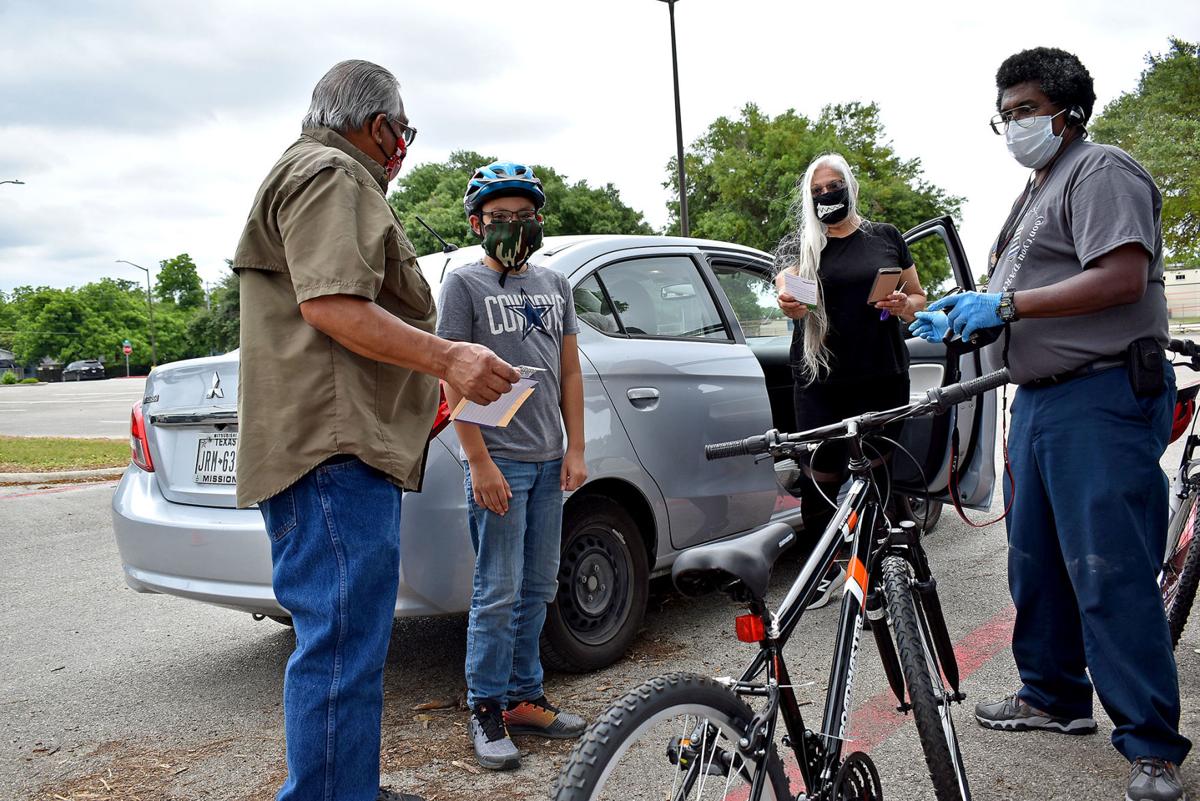 Jefferson Elementary School student Ian Casarez (center) eyes his prized bike while standing between his grandparents on Thursday, May, 7, 2020 at the Seguin Coliseum parking lot.

Jefferson Elementary School student Ian Casarez (center) eyes his prized bike while standing between his grandparents on Thursday, May, 7, 2020 at the Seguin Coliseum parking lot.

Children grinned from ear to ear as they received recognition and were given prizes during this year’s final D.A.R.E. graduation.

The student’s essays were judged by volunteer college students throughout the state for first, second and third place per class and also ranked first through fourth for overall winners.

Randall Butler, 11, of Southwest Preparatory Elementary School, who was awarded second place as an overall essay winner, wrote his paper on his experiences with bullying.

“My essay was about my dad’s mother, who died of lung cancer, and how I got bullied,” he said. “And also how bystanders also become bullies, because if they think they’re the bully, then they won’t get bullied.”

Butler said sharing such a personal story was hard at times, but he hopes his message is heard.

He said “it felt good to win.”

“I’ve actually never won anything except for one time a very long time ago,” Butler said.

After 26 years of supporting the community, the D.A.R.E. program is coming to a close making this the final D.A.R.E. program graduation. Vasquez opted to commemorate the event with an extra prize for several of the program’s top students.

First place winners per campus got a mini laptop, second place a tablet, third place a new bicycle and fourth place winners got a backpack filled with goodies, Vasquez said.

The decision to distribute electronic devices was to help families adapting to online classes, Vasquez said.

“I appreciate the (Seguin Police Department) Chief (Terry Nichols) and my supervisors for the approval of the purchase of these laptops for the kids because I know it’s really needed right now being that they’re doing their schooling at home,” she said. “It’s something that’s needed, and I know they’re going to use it.”

The yearly program is geared toward teaching students the effects of alcohol, tobacco, peer pressure and bullying. This year Vasquez had about 500 students graduate, with more than 40 receiving an award.

“It’s a really good program [and] it saddens me to know that it’s going to be the final one,” Vasquez said. “But I’m sure that Chief Nichols has plans for the future for a new program that he wants to introduce later, and I’m hoping the kids also support it.”

Vasquez used the time to distribute prizes to students who participated in a raffle that was conducted on participating school campuses with about 14 winners at each location, she said.

Winners of the raffle were able to pick up their winnings consisting of goods ranging from wireless speakers to tickets to ZDT’s Amusement Park.

Vasquez is saddened to see the program’s closure, but its nearly three-decade-long lifespan could have been cut short long ago without the backing of the city.

“It’s because of the community that we are still here,” she said. “There’s a lot of programs and different departments that fade away, and some of those reasons are financially and officers’ manpower, because many of those officers need to be on the streets. I was blessed to know that Seguin supports 100% and that they were able to give me 100%. I have been able to dedicate myself to all these events plus teaching. I’m hoping that the program the chief brings in in the future will teach [students] about the problems that we still deal with now, because we are always going to be dealing with things like peer pressure and bullying and their consequences.”