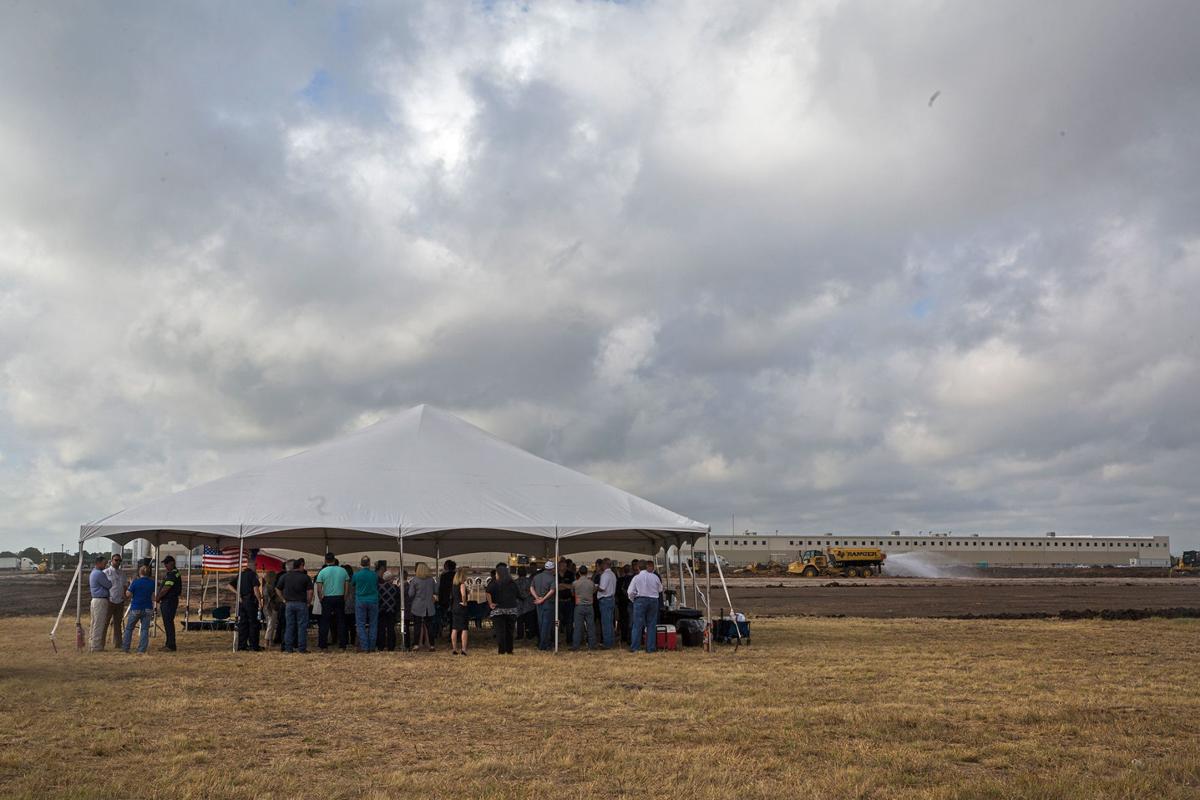 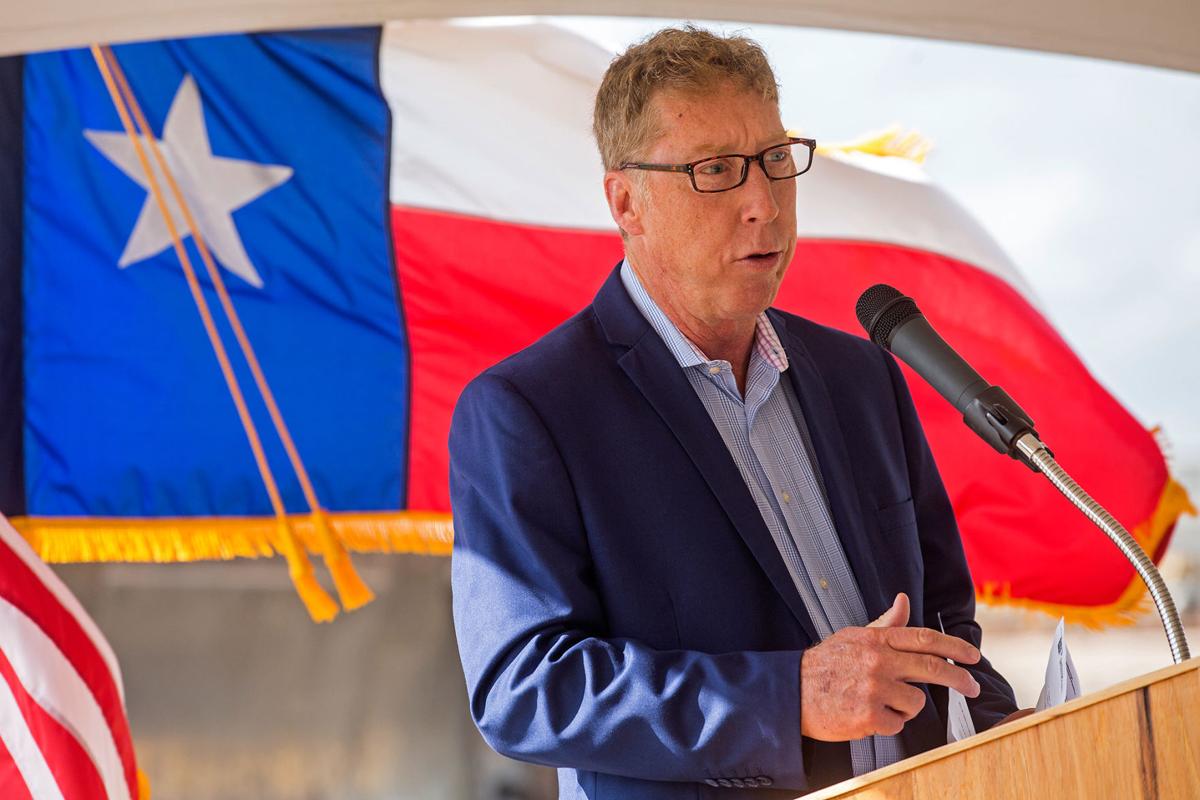 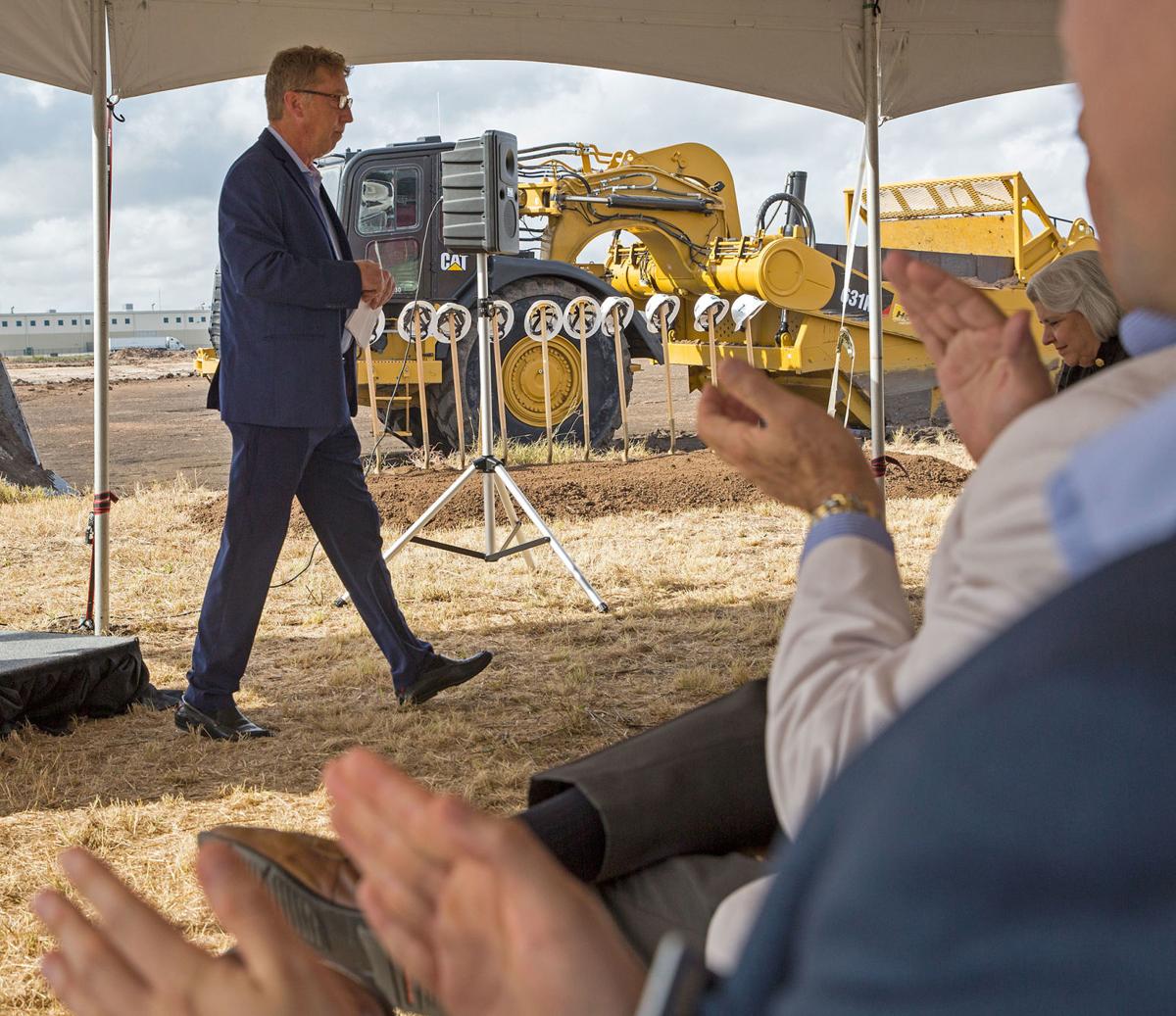 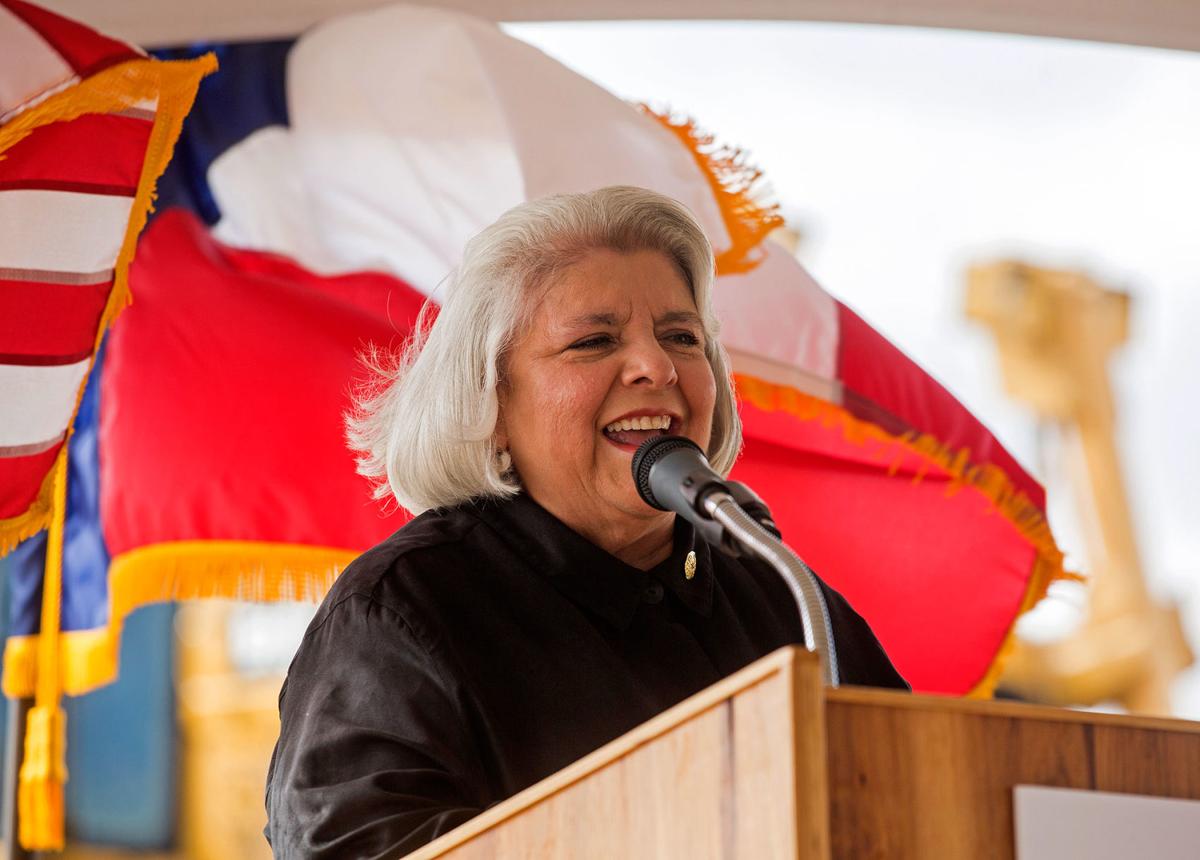 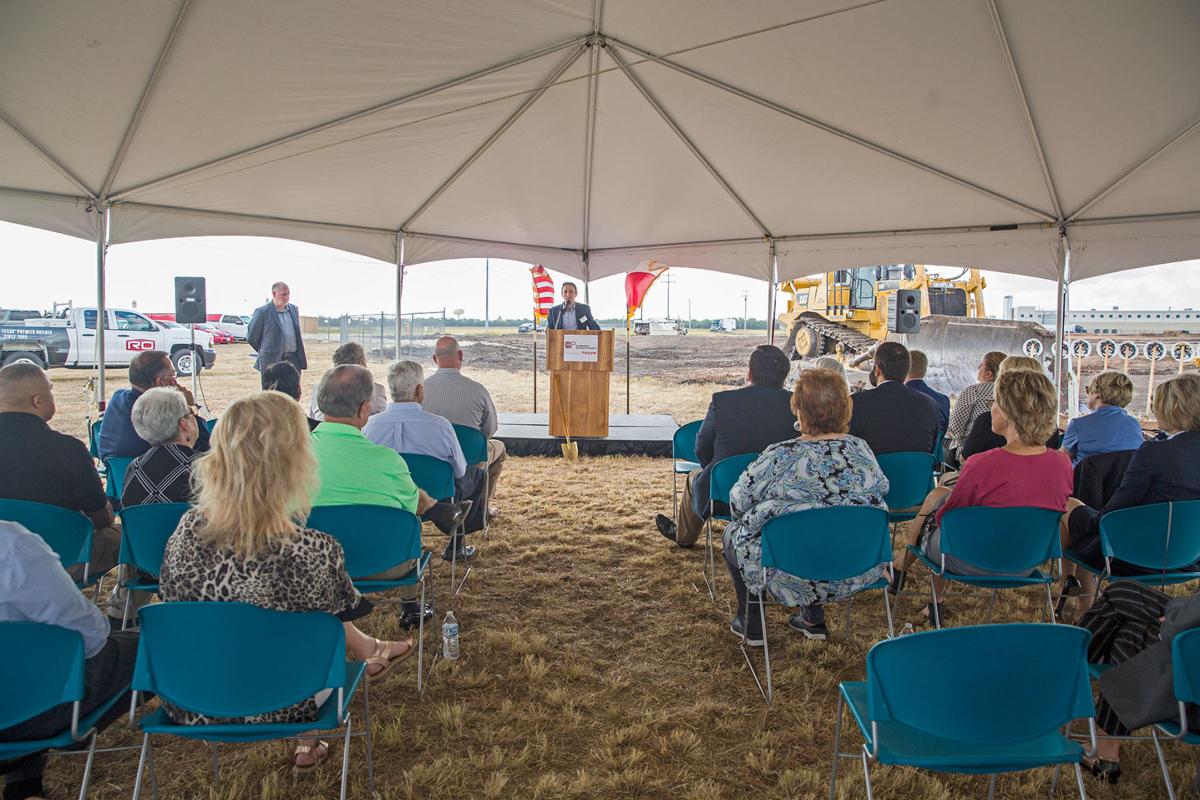 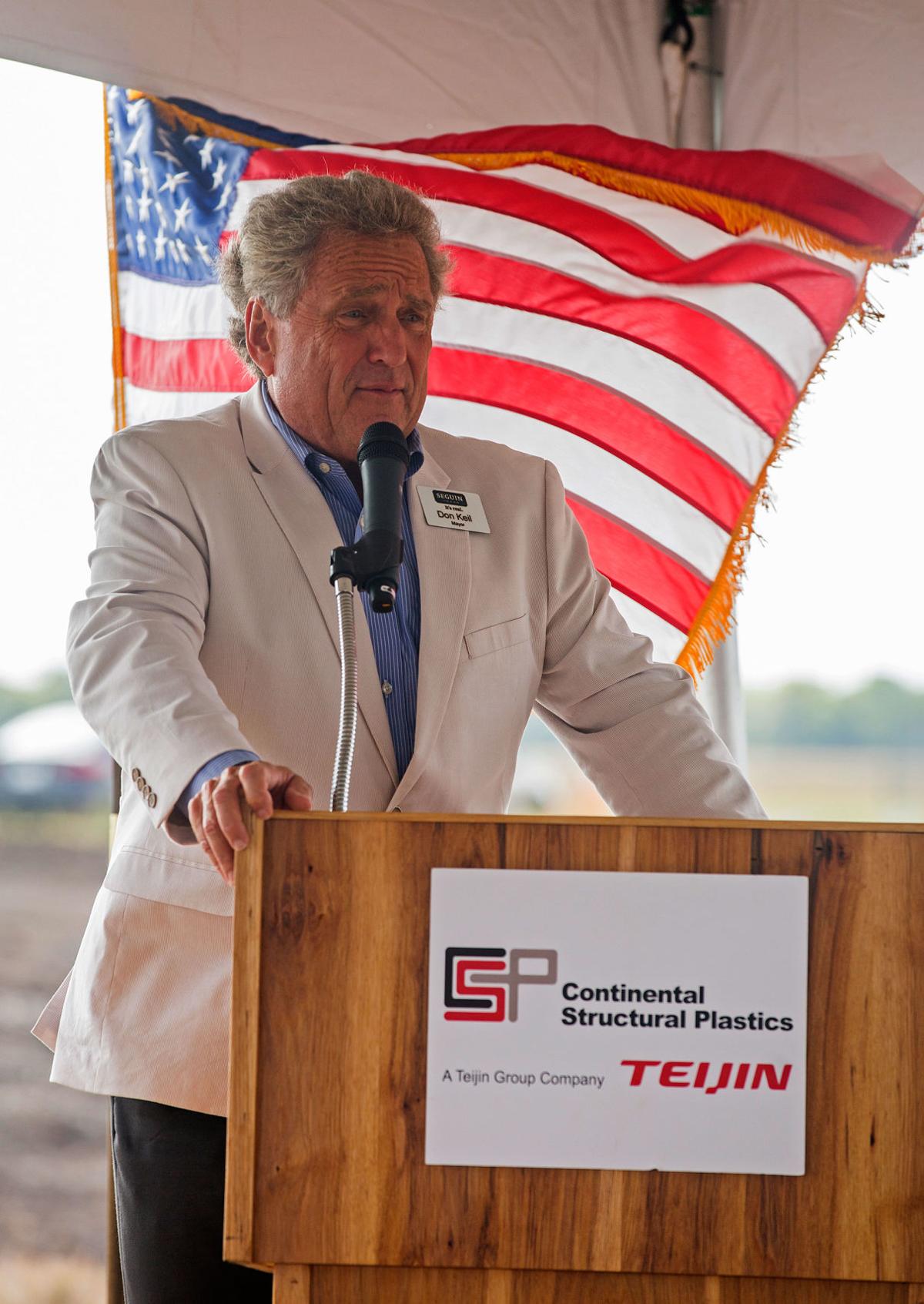 Leaders of the project break ground on Continental Structural Plastics' newly announced manufacturing facility in Seguin on Tuesday, Oct. 1, 2019. The facility will be located near Interstate 10, Rio Nogales Drive and Eighth Street, and is expected to be fully operational by 2021. MIKALA COMPTON | Herald-Zeitung

With a couple of quick turns, the group officially broke ground on Continental Structural Plastics new 200,000 square-foot manufacturing facility on Tuesday at Eighth Street near the Interstate 10 access road.

“The last seven to 10 years CSP has started to expand into China, throughout North America and also into Europe,” he said. “Today marks a milestone for CSP. It is the first brand new manufacturing facility we’ve built in North American since we built a facility in Tijuana, Mexico, nearly 15 years ago. This will be our first new facility in a while and we’re just super excited about that and we’re glad that we’re here in Texas.”

For the past decade or so, the company has focused on expanding existing facilities and their capabilities, Rooney said.

“As customer demand continues to grow for our advanced composite components, we are committed to seeking the most cost effective, efficient way as possible to keep up with capacity needs and maintain our competitive advantage against our competition and other businesses,” Rooney said. “This facility is being built to address anticipated future demand for automotive and heavy truck products. We feel we are very well strategically located to support our customers going forward.”

CSP, which is under the umbrella of parent company Teijin, has pledged $65 million in capital investment, at least 200 jobs in the engineering and manufacturing fields, plus a community partnership.

“We look forward to being a good neighbor, good employer, good corporate citizen and we are excited about our future as the newest member of the Seguin community,” Rooney said.

Lindsay Dennis, a community relations specialist for Development and Tourism Division of the Governor’s Office, said offered the state’s official welcome to CSP.

“I just want to say thank you to CSP for making the investment in the state of Texas,” she said. “This is exactly what we work for every day in the economic development office. Thank you for investing in Seguin and the workforce here. We really look forward to working with you here and making sure that we can meet all of the needs.”

The state flag that flew over the Texas capitol on Tuesday is slated to be presented to CSP when they cut the ribbon, opening the new facility, Zaffirini said.

She said she hopes the flag symbolizes the investment that Texas has in the company through a Texas Enterprise Fund Grant of $783,750 as well as a way to say thank you.

It was the combine collaboration and cooperation between the city, county and state officials who worked together to bring CSP to Texas, Schneuker said.

“We could not have landed this project in the state of Texas or the city of Seguin without working together,” he said. “There is not one person that is responsible for it, it is a team effort and I really want to highlight that.”

The city is the perfect place for such a location, Zaffirini said.

All of the speakers showed their appreciation for CSP’s decision to build their new facility in Seguin.

“What a proud and exciting day for the city of Seguin and Guadalupe County,” Kuempel said. “We’re thankful for CSP for choosing this facility, knowing that this city will come together and work with you as a partner going forward. As we grow, we need these jobs.”

CSP adds to the growing list of manufacturing companies that have come to Seguin, Keil said.

“So much stuff around the world gets made right here in Seguin and I’m so proud that happens,” he said. “It has become quite the hub. We have more manufacturing jobs per capita than any other community in the state of Texas. We’re proud of that. We make things here, and we are very, very proud of that. We’re proud that Texas is staying up there and leading the pack with economic growth and making this a great, great place to live.”