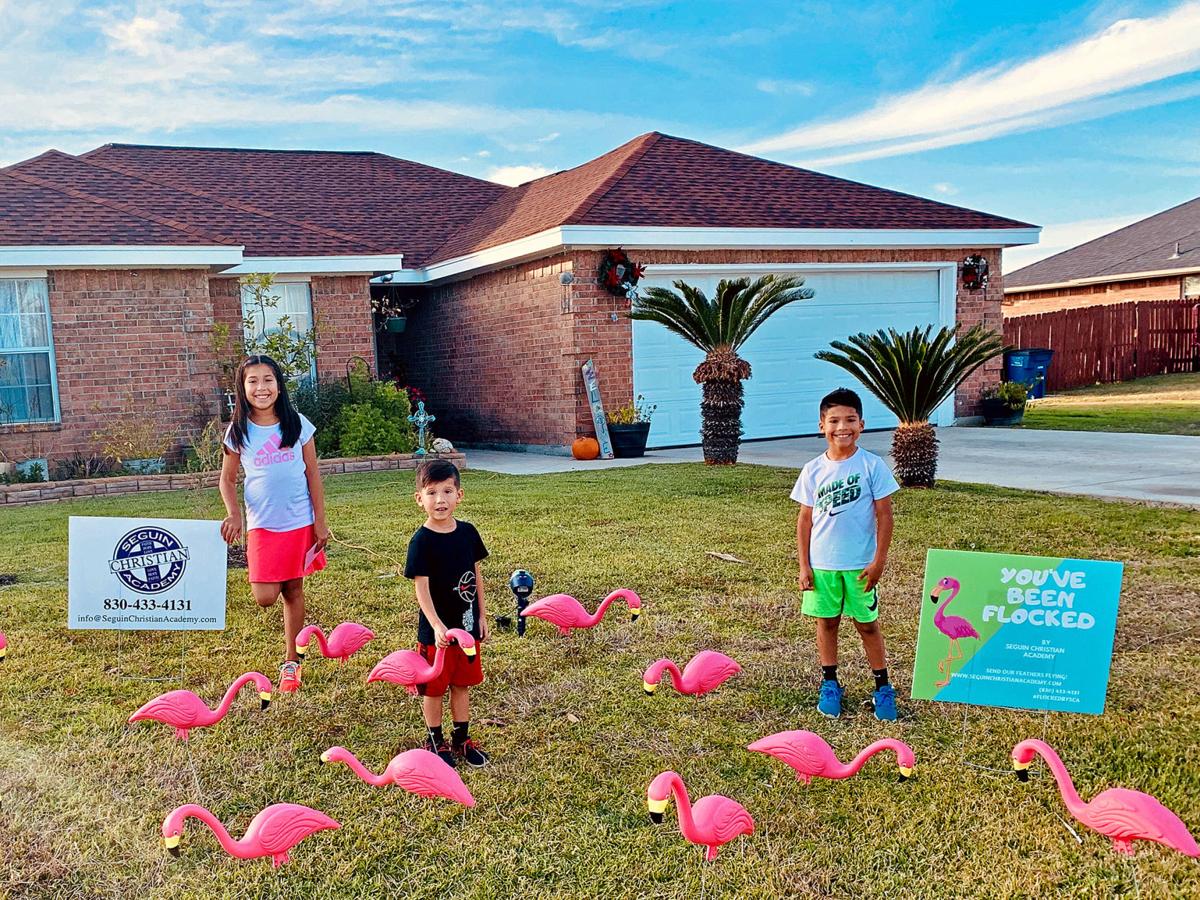 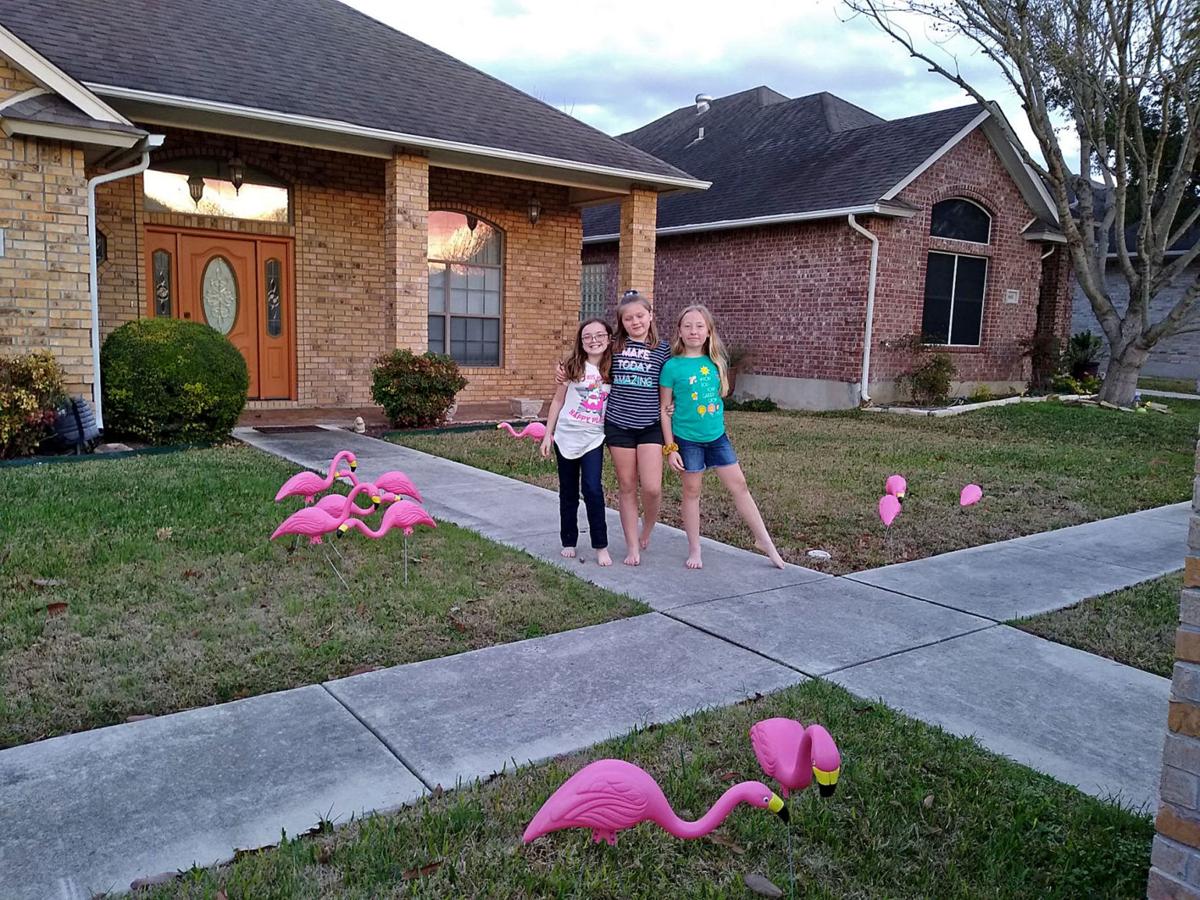 Students from the Seguin Christian Academy are adding some color to Seguin homeowners’ yards in the name of technology.

For the past several months, students have participated in a fundraising activity called flocking where plastic pink flamingos are planted in a yard and removed for a donation.

“It’s a fundraiser that we got on Pinterest, and some other people brought it to our attention, so we just decided that it looked like a fun thing that we could do,” Seguin Christian Academy interim Principal Robin Evans said. “The money we raise is going towards the operations of our school, but also to help our computer lab.”

The fundraiser began in October with a projected end of February. However, Evans said the feathery operation has been so successful that it has been difficult for those participating to put a leg down.

“The way it works is we started with some people, and then when you’re flocked you get the option of just having the flock removed, or you can have it removed and placed somewhere else,” she said. “We’ve been really blessed because everybody keeps flocking somebody else, so we haven’t been able to stop because our friends keep flocking our friends.”

Since the kids began, they have managed to flock about 50 houses raising more than $1,200 for the school in the process, Evans said.

“We have three different ways that you can pay,” she said. “You can pay $20 just to have them removed from your yard, and it is just a fun option. For $25, we remove them from your yard, and you can choose somebody to flock, and for $30, you can flock a friend and purchase insurance, and that ensures that you are not flocked again.”

The flocking insurance is necessary as some homeowners will fall into prolonged flock-offs, Evans said.

Only one homeowner’s feathers have been ruffled by the fundraiser so far, Evans said.

The parents are just as cuckoo for the flocking as the students, Evans said.

“The parents are kind of in charge of it, and they take their (kids) with them,” she said. “I believe we have had all but two families that have participated in the flocking. Everybody’s enjoying it, and the parents are enjoying it. We have even had some that have flocked out of state; although they don’t actually get the flamingos, they just get the envelope that has all the information.”

The students also enjoy sharing pictures of themselves on Facebook while on the lawns of the recently flocked through the hashtag #flockedbysca.