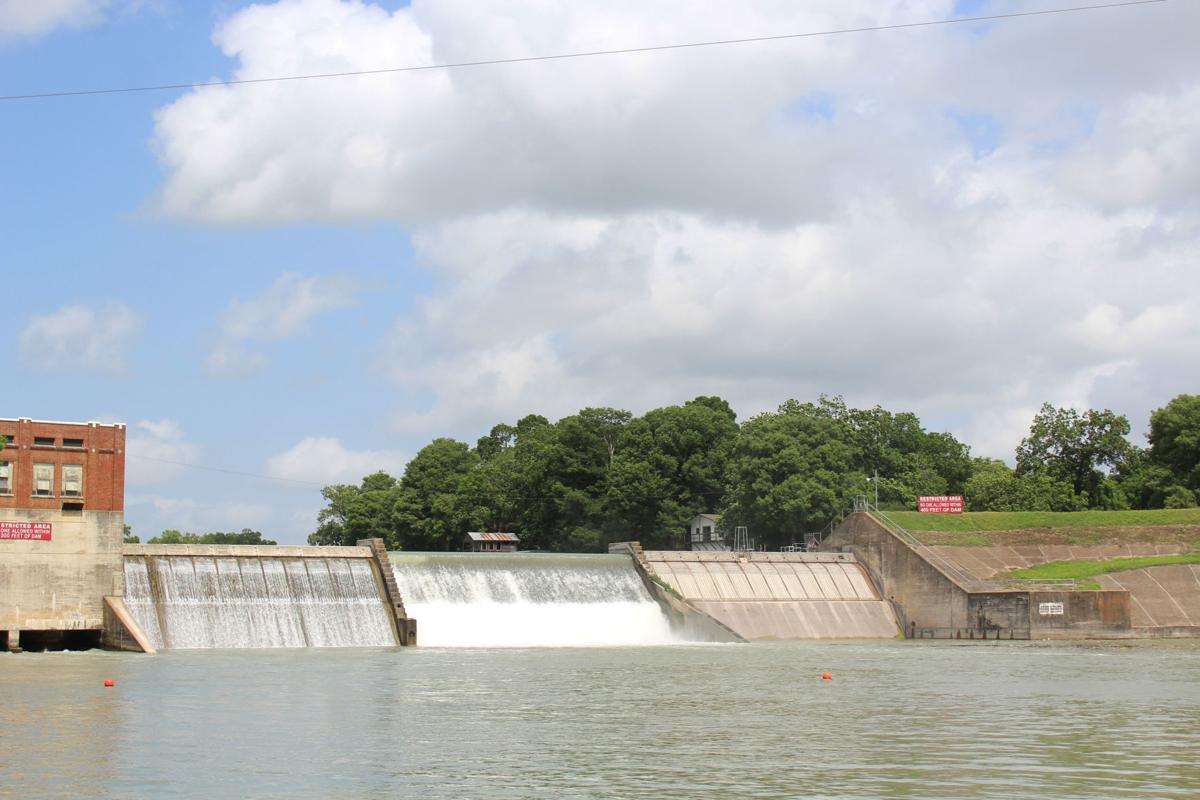 The Lake McQueeney Dam is one of six hydroelectric dams managed by the Guadalupe Blanco River Authority. 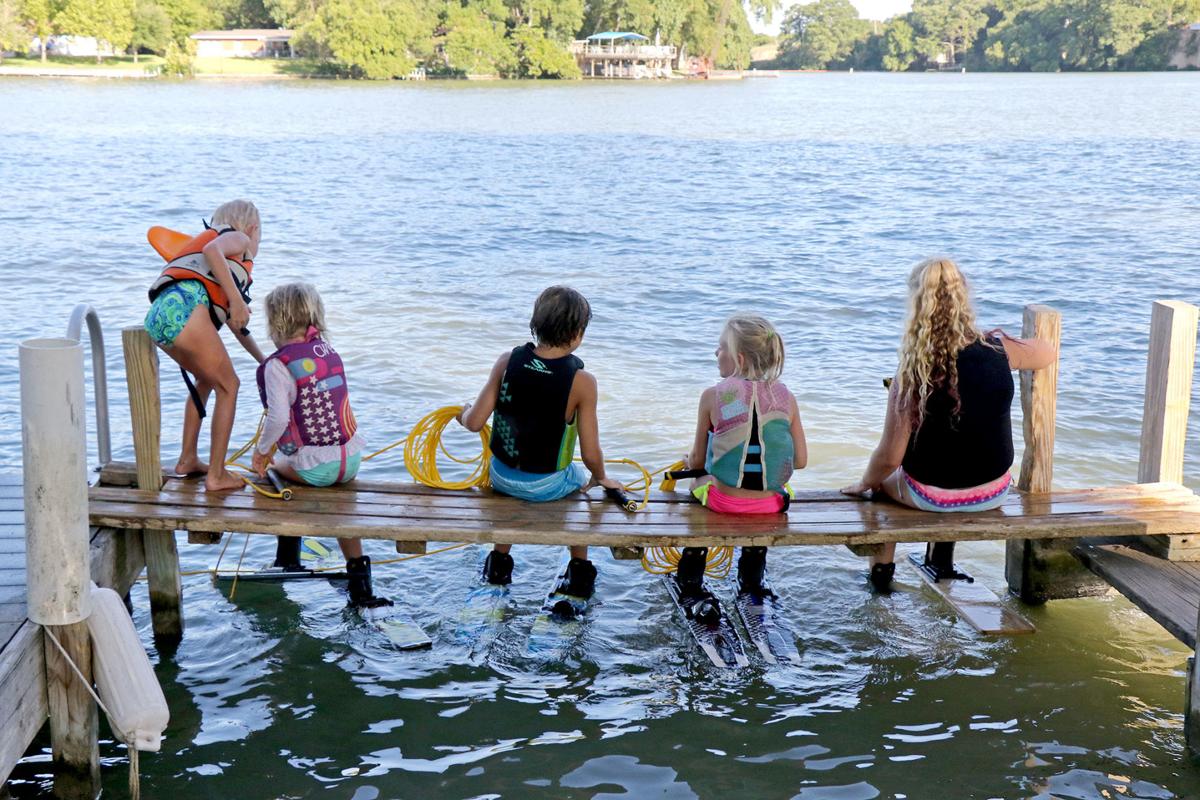 A group of children sit on the edge of the dock waiting for their turn behind a boat on Lake McQueeney, on July 5, 2017.

The Lake McQueeney Dam is one of six hydroelectric dams managed by the Guadalupe Blanco River Authority.

A group of children sit on the edge of the dock waiting for their turn behind a boat on Lake McQueeney, on July 5, 2017.

When the Lake Dunlap Dam failed last week it was no surprise to those within the Lake McQueeney community.

For years, many have predicted and expected any one of Guadalupe-Blanco River Authority’s dams to flop after Lake Wood did in 2016.

But the Lake McQueeney property owners have been asking a more specific question since the Lake Dunlap incident.

What if the Lake McQueeney Dam failed?

“The possibility of a failure, we’ve been aware of that since Lake Wood failed, but it just never occurred to me that we might wake up one morning and not have a lake out here,” said Mark Williams, vice president of the Friends of Lake McQueeney.

In April of 2018, GBRA said it didn’t include Lake Dunlap in its next group of repairs because it was believed “to be in good operational conditions” after maintenance and repairs in 2012.

A little over a year later, the lake drained after a spill gate failure.

GBRA said a contractor is currently working on the three spill gates at Lake McQueeney.

The work on the McQueeney Dam began last summer.

Bob Spalten, president of the Friends of Lake McQueeney agreed.

“It really scared a lot of people. There’s a lot of apprehension out in Lake McQueeney. Our biggest fear is that what happened in Dunlap will happen here,” he said.

The Lake McQueeney Dam was completed in 1928 after the Texas Power Company initiated the project of building several dams on the Guadalupe River. The McQueeney Dam’s location was selected by Julius M. Abbott, of the Texas Power Company, the namesake of the lake’s original name before it was renamed to Lake McQueeney, according to “McQueeney, Texas: A Pictorial History” by Linda Williams, Mark Williams’ wife.

“The dam is concrete underneath, but the gates that sit on top of the concrete are hollow underneath,” Mark Williams said. “There’s a steel mechanism that allows them to function and it’s 91 years old. It’s steel that was put in place in 1928. It’s rusted through the years and so undoubtedly the failure is due to rust. Let’s say a third of it is rusted away and now it’s much weaker than it used to be.”

Lake McQueeney is home to 600 single-family houses with a total market value of almost $400 million, according to documents released by GBRA. It’s most “prominent feature is Treasure Island,” GBRA reports.

“The bottom line, there is a huge investment on this lake. McQueeney is popular because it actually looks like a lake,” Mark Williams said. “Rich people have bought a third of the properties on this lake. They are huge houses that only get used maybe 10 weekends a year, but they pay a lot of tax.”

If the McQueeney Dam were to fail in the future, all the homes’ values would drastically be affected, Spalten said.

“It would be an utter catastrophe. Your home values would plummet and it would put a lot of people in a bind,” he said.

A loss of water would lead to property owners’ lakefront turning into mudflats, Mark Williams said.

“We’ll have mudflats and then who is going to own these mudflats out here? If the dam failed, this would all be mud down here and we’d have the river running down there,” Mark Williams said. “It would sprout up with weeds and bushes. If you go down to Lake Wood it’s overgrown. It’s pretty pathetic. It’s not something you want to have your house facing.”

“We have a limited amount of the river that is below the dam, basically from the dam to I-10 is where we would be a concern so Erskine Ferry Road and Cypress Ridge Road and in back of the steel mill,” Bogisch said.

The biggest worry would be the safety of those near the dam such as The Dam Camp, he said.

“If it were to fail on a weekend during the summer when there are lots of boats on the lake, I could see that potentially creating some issues,” Bogisch said. “I don’t know how fast the lake would drop, but there would be that potential of boats getting stranded on the lake that we would have to go rescue.”

According to GBRA, Lake Dunlaps’ repairs could cost between $15 and $35 million and involve several years of work. It’s unclear to many where the funds will come from for any repairs that need to be done, Mark Williams said.

“Nobody has really come up with a good answer on how these dams were going to be improved or maintained and then this happened and I think that changed the equation overnight,” he said. “We here on McQueeney are wondering if the legislature doesn’t fund the dam I don’t know what’s going to happen. It’s not a problem that the property owners on the lake can handle on their own. It’s much bigger than that. The county government, state government are going to have to be involved one way or another.”

Friends of Lake McQueeney doesn’t have the funding to help, Spalten said.

Spalten said he encourages the elected officials to try their best to help as it affects Guadalupe County drastically.

Mark Williams added that he believes the lack of funding for the spill gate repairs at Lake Dunlap and Lake Wood could be from the hydroelectric dams not bringing in as much business as they did when they were first constructed.

“I’m not going to say it was neglect on their part — I don’t see it that way. I think it was just the fact that the money wasn’t coming in from power generation and they did not have the ability to do what needed to be done for the dams,” he said. “I think they decided what they would do was make temporary repairs. It’s what they did at Dunlap and it’s what they’re doing here.”

While Mark Williams said the situation does bring concern, he isn’t upset with GBRA.

“I’m not angry at them. I’m not angry … Just the fact they’re spending money to repair these dams to me I’m grateful for that because they could take the attitude of where we’re not making any money here so we’re just going to let them fail and let the lake go to mud,” he said.

Valerie Bustamante is a staff writer for the Seguin Gazette. You can e-mail her at valerie.bustamante@seguingazette.com .

After listening to a litany of suggestions for and pleas against GBRA’s plan to drain its remaining Guadalupe Valley lakes, the authority’s ge…

Where and how is the majority of electrical power in this area generated, and who controls that? I think this question is an important consideration of the future of hydroelectric generation on this river, and others in Texas.

The beauty of hydroelectric power generation is that the same water is capable of passing through multiple turbines. The Guadalupe River flows for nearly 250 miles in its journey to the Gulf. Are these the only plants on this river? If so, why? There appears to be more potential for additional dams, lakes, and plants on this river. A larger generating entity could possibly handle the costs involved in system maintenance.