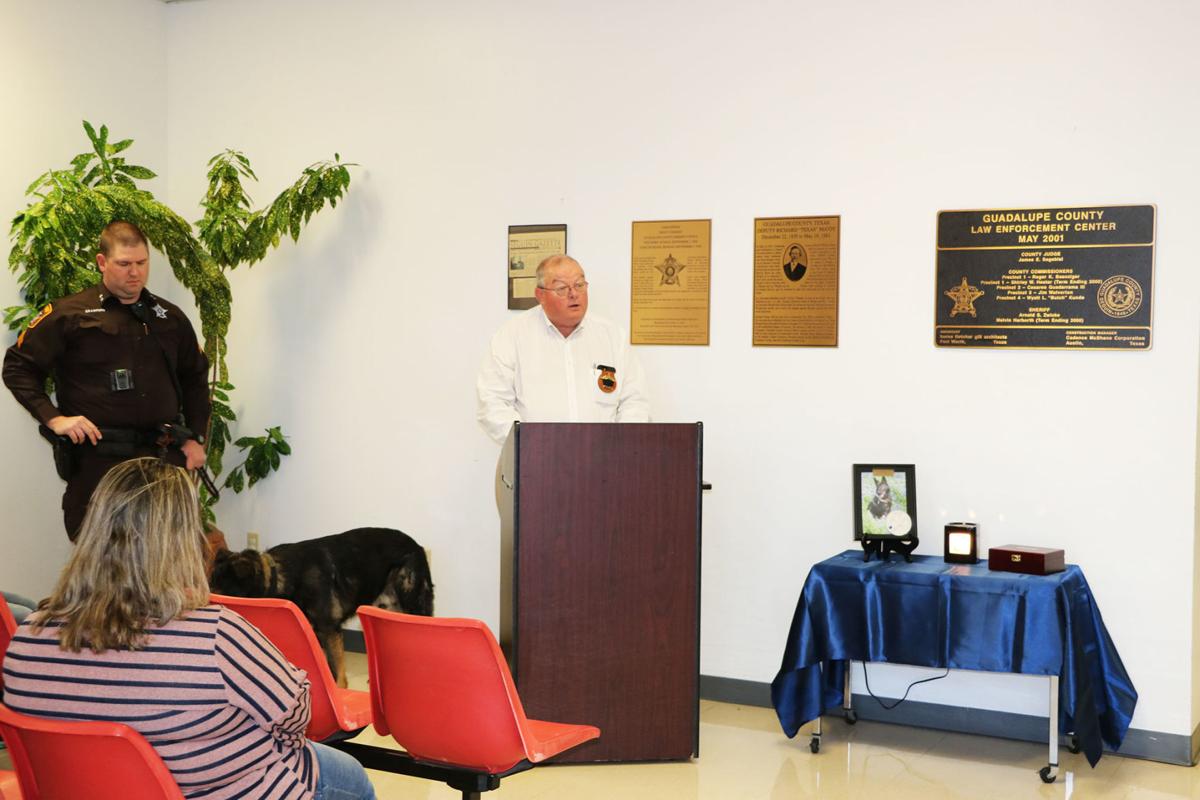 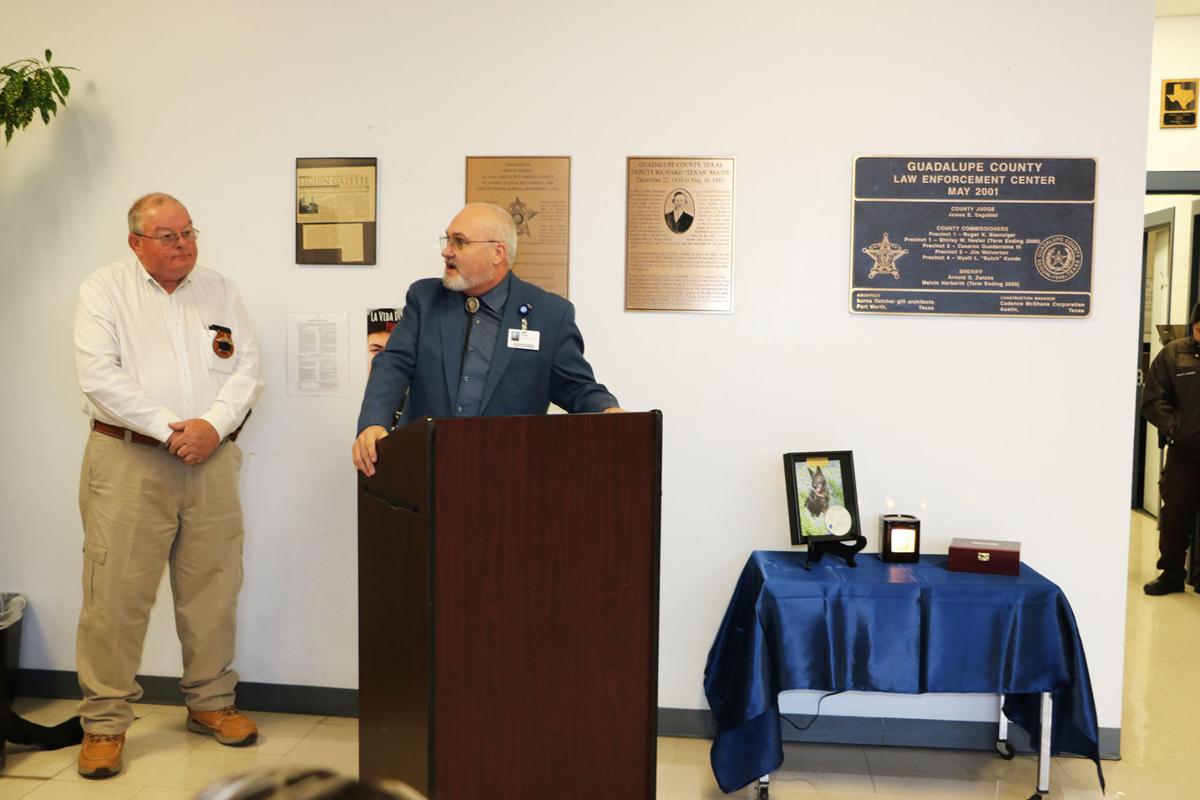 After the passing of one of their own retired brethren, members of the Guadalupe County Sheriff’s Office and community members paid respects to a fallen canine officer.

Sheriff Arnold Zwicke spoke Wednesday during a memorial service for retired K-9 Hart, a former dedicated member of his staff. He has held similar memorials for canine deputies for years for one reason, the sheriff said.

“To honor and pay tribute to our K-9 officers just like we would any officer,” Zwicke said. “It’s the right thing to do. These K-9s are dedicated to the department.”

Deputy dog Hart died Nov. 8 after serving the sheriff’s office from May 2008 through May 2016, when he retired. Hart was partner to Cpl. Dustin Crawford and lived with Crawford and his family until he died, Zwicke said.

“We went to training together for two weeks,” Crawford said. “We worked pretty good together.”

Hart retired because he was having hip problems. Near the end, he struggled to even get up from a prone position, Crawford said.

Eventually, Hart had to be put to sleep to end his suffering.

Heavenly Paws of Texas provided cremation and memorial services free of charge to the sheriff’s office for Hart, said Lynette Leanox. In fact, they provide the pro bono services for countless entities with service animals, she said.

The New Braunfels-based company helps preserve the memory of the animals that have served, she said.

His office has performed about a half dozen such memorials over the years for K-9s, Zwicke said. In the past, they buried the dogs in a cemetery behind the sheriff’s office, he said.

Cremation and enshrinement of a memorial plaque are more appropriate ways to honor the dogs, Zwicke said.

They deserve the praise, and Hart was no different, he said.

Hart won awards and recognition at national K-9 competition, and he assisted in a laundry list of cases to help rid Guadalupe County of illegal drugs and get bad guys off the street, Zwicke said.

Hart was a valuable asset to the office and will be remembered fondly.

“We ask that you bless this office, bless all these officers, both two legged and four-legged,” Jones prayed.