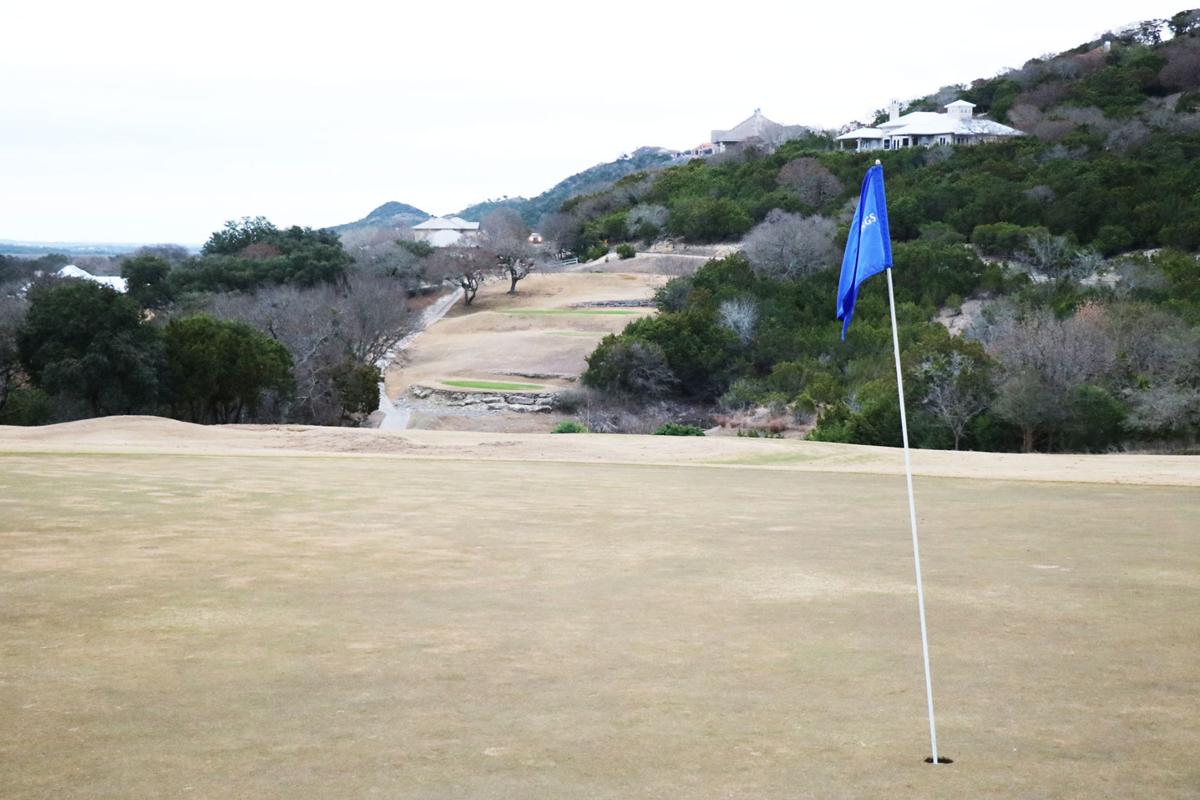 The 12th hole at Tapatio Springs is the highest point on the golf course, and offers views of the course in the valley below. The hole was the site of a particularly embarrassing moment in one golf professional's life 35 years ago. 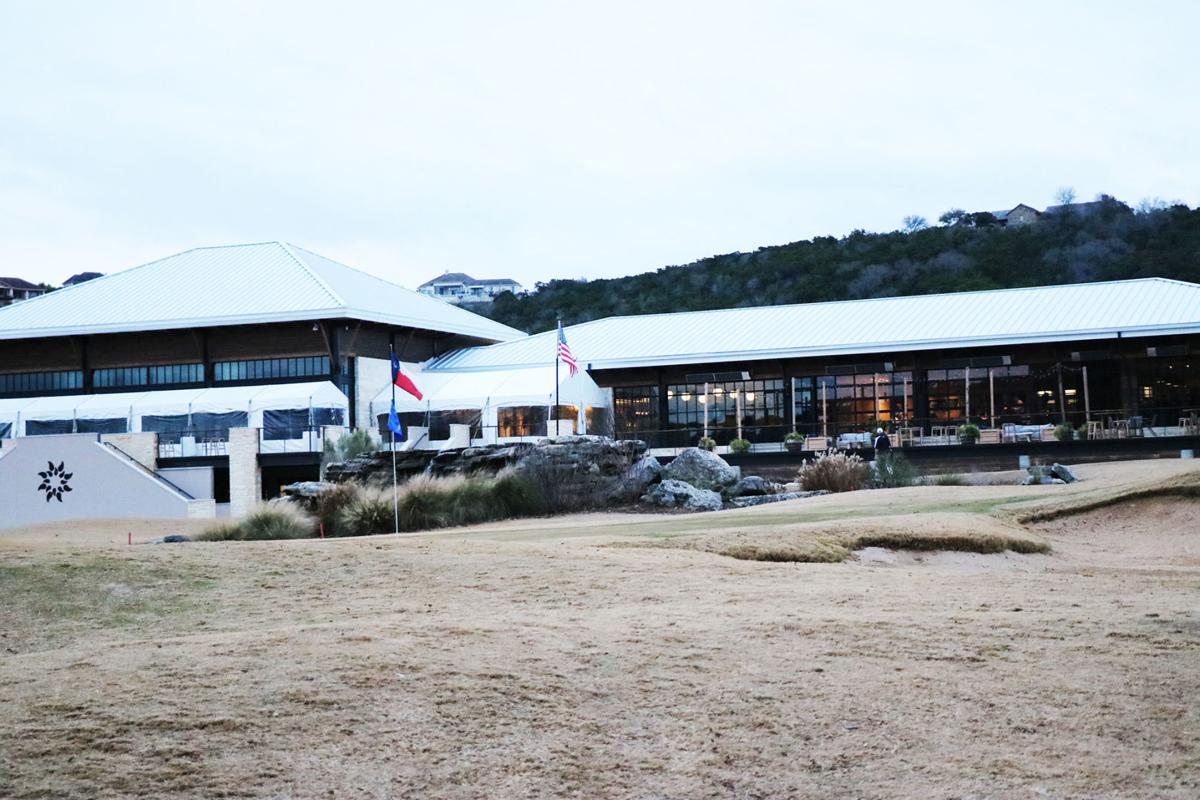 The brand new clubhouse sits behind the 18th green at Tapatio Springs. The new facility opened last fall after a fire destroyed the old clubhouse in 2017.

The 12th hole at Tapatio Springs is the highest point on the golf course, and offers views of the course in the valley below. The hole was the site of a particularly embarrassing moment in one golf professional's life 35 years ago.

The brand new clubhouse sits behind the 18th green at Tapatio Springs. The new facility opened last fall after a fire destroyed the old clubhouse in 2017.

It’s one of my favorite Hill Country golf courses.

In the early 80’s, I was an assistant golf professional at Lakeway, outside of Austin on Lake Travis.

At that time, golf was my entire life. If I wasn’t in the shop or teaching, I was out on a course somewhere in Central Texas, playing as much as I could.

I played most of the courses in and around Austin, and would occasionally travel to clubs a little farther away.

One of those was Tapatio Springs, just west of Boerne.

Back then, there was nothing else out there.

The drive of about five miles west out of Boerne was on a caliche road, passing the odd farmhouse here and there. It made you wonder if there was an actual golf course out there — but then you would come around the last curve and there it was, a beautiful valley with the course laid out in between the hills and limestone cliffs around it.

A former boss of mine, Bill Keys, was the head professional there, and I would give him a call and set up a time to go play the course.

I did so three or four times while I was in Austin, mainly because of the quality of the golf course.

They held the Texas State Open there more than once and the course lived up to that billing — tough, but fair.

The last time I had played there was in 1985 — 35 years later, I got to go back, and it was everything I remembered it to be.

But going there had another special meaning for me — redemption.

The first thing I noticed when I got there — the brand new clubhouse.

The old one was destroyed by a fire in 2017, and they built a beautiful brand new facility that opened last fall.

But I wasn’t there for the clubhouse, I went to play the course I had fallen in love with all those years ago.

While the grass is dormant now, the course was still in fabulous shape. There was plenty of grass on the fairways to get a good lie, and the greens, again dormant Bermuda, were smooth and a little quick, but fair.

Tee shots ranged from fairly open to a little tight, with live oak trees growing throughout the property, and strategically placed bunkers that caught more than one of my balls off the tee.

The course could be considered a little short by today’s standards. I played the Gold tees, which check in at just over 6,000 yards.

While the front nine is fairly flat, with all the holes in the bottom of the valley, the back nine goes up onto a ridge and has more elevation changes.

There are several holes that stand out, but there are a couple that are especially memorable to me — for two different reasons.

No. 6 — The par four on the front features a downhill tee shot, to one of the more open fairways on the course. It’s the second shot that offers the challenge.

A creek runs in front of the green, with a small cliff of about 20 feet on the other side of the creek — the green perched right on top of the cliff.

The second shot must clear the cliff up to the green, otherwise you’re dropping the ball in front of the creek with a short pitch 20 feet up to the hole.

I remember playing the hole those many years ago, but taking a double bogey after my second shot didn’t quite clear the cliff.

I believe I hit the exact same shot this time around, a 9-iron that was right at the pin, but came up just short and rolled back into the water. I managed a pretty good pitch shot this time around, but my 5-footer for bogey lipped out on me, and I made double bogey on the same hole — nearly four decades later.

That hole owes me after I played it in 4-over-par over a 35-year hiatus.

No. 12 — This short par four is the prettiest hole on the course, up on a ridge looking out over the valley, the course laid out down below.

But it’s not the beauty of the hole that makes it stand out to me — it’s something that happened on the hole 35 years ago.

The tee shot requires a carry over a pond between the tee box and the fairway. It’s not a difficult shot, you just have to get the ball in the air off the tee.

That day in 1985 I was playing well, right around even-par as I stepped up to the tee on the 12th.

But a topped tee shot went right into that dang pond, and by myself on the course I drove the cart down to the cart path overlooking the pond.

I was down below the cart path at the water’s edge, trying to find the stupid ball, when I heard something above me … the brake releasing on the cart.

I looked up in time to see the cart back up, make a left hand turn, and come down the embankment straight at me.

I literally had to dive out of the way to avoid getting run over — and the cart, clubs and all, ended up submerged in the pond.

It was, by far, the most embarrassing moment of my golf professional life.

I was able to get my clubs off the cart, but the cart wasn’t going anywhere without a winch or a tow truck. I had to walk back to the pro shop and inform my former boss that, “there’s a cart in the lake on No. 12.”

Fortunately, I didn’t have that problem this time, but I admit I cracked a smile as I drove past the pond … “Not this time No. 12.”

I made bogey on the hole this time around, but who cares, I did not dump a cart in the lake.

My redemption finally came — many, many years later.