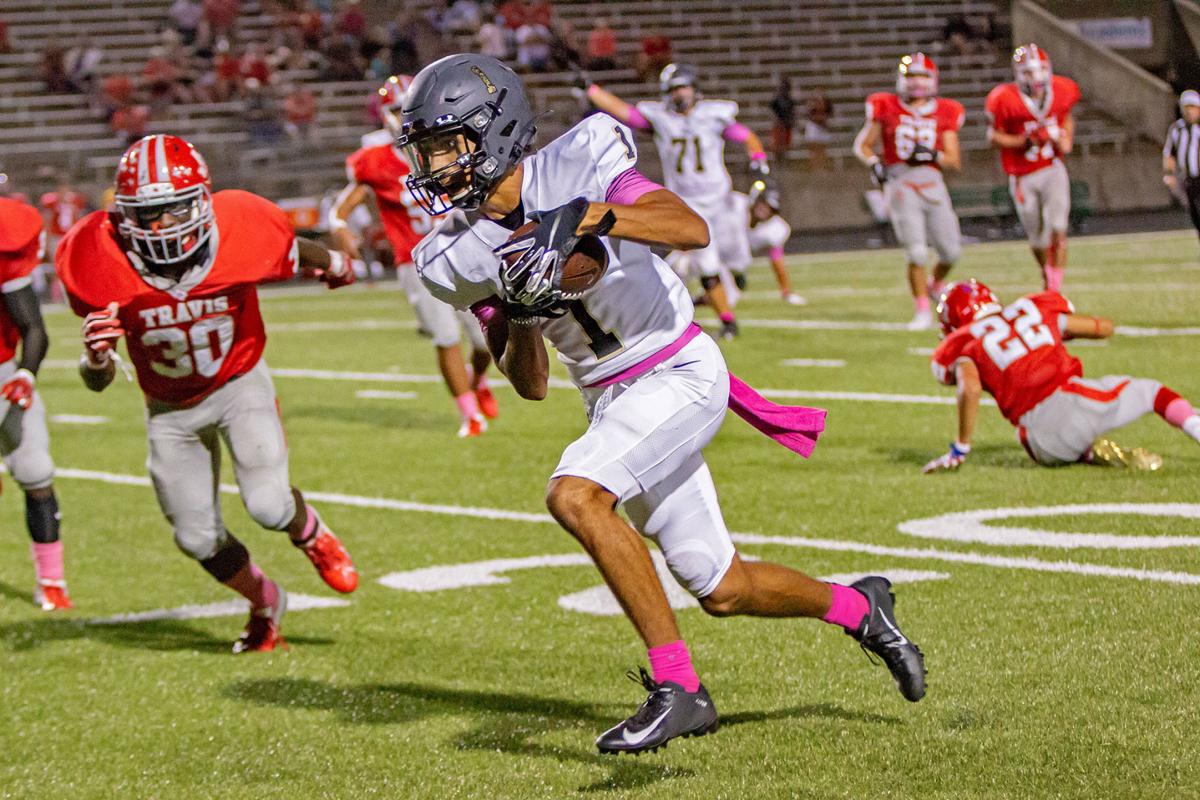 Matador receiver Trevor Waz carries the ball toward the end zone in Seguin's win against Austin Travis on Friday, Oct. 12, 2019 in Matador Stadium. 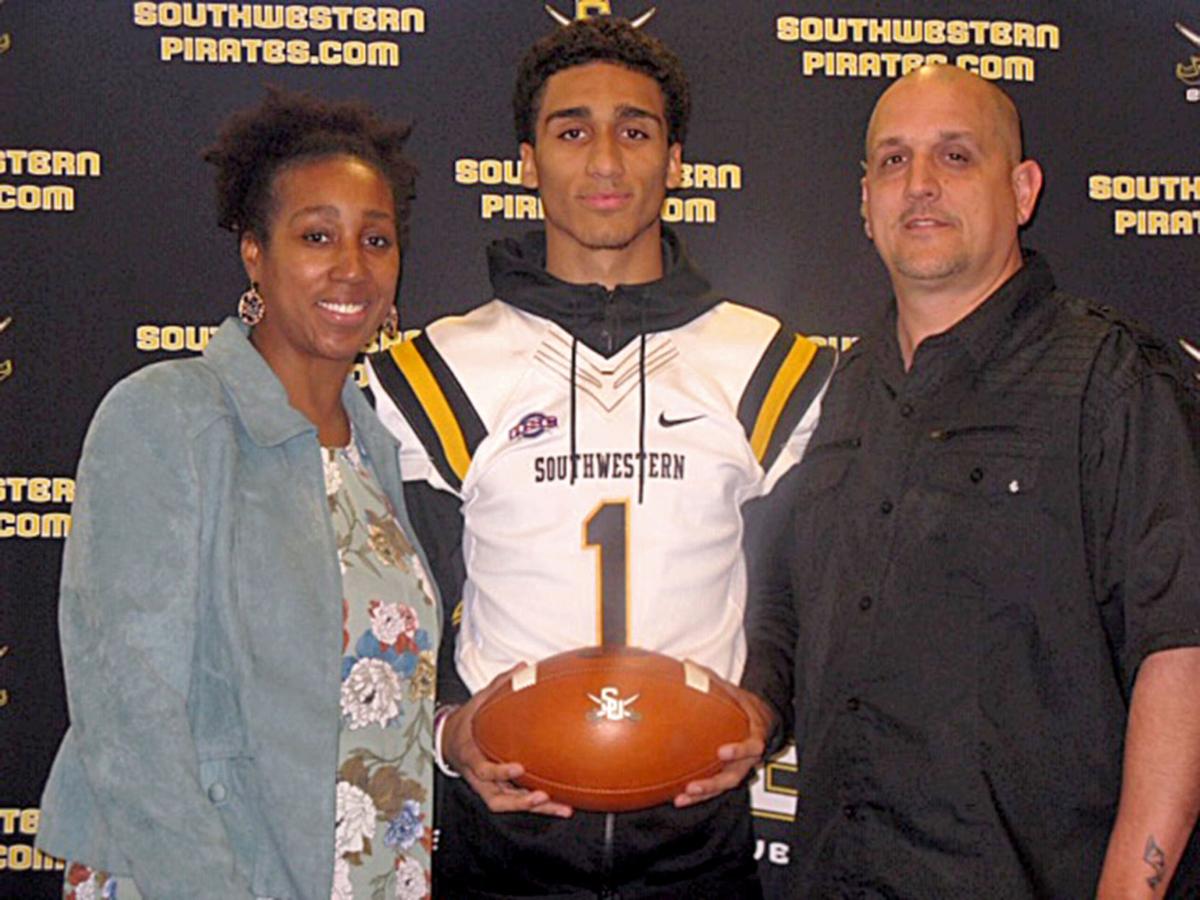 Seguin High School senior Trevor Waz is set to play football for the Southwestern Pirates in the fall.

Matador receiver Trevor Waz carries the ball toward the end zone in Seguin's win against Austin Travis on Friday, Oct. 12, 2019 in Matador Stadium.

Seguin High School senior Trevor Waz is set to play football for the Southwestern Pirates in the fall.

Seguin High School senior Trevor Waz made the change from a Round Rock Dragon to a Matador this year. And next year, he’ll become a pirate.

Recently, Waz signed his letter of intent to continue playing football and run track for Southwestern University in Georgetown.

“It was really the only school that will let me run track and play football at the same time,” he said. “It’s close to my hometown of Round Rock. Georgetown was just like the perfect fit.”

Waz was quarterback for the Dragons until an injury his sophomore year side-lined him. He made the switch from quarterback to receiver, he said.

As a short distance runner, Waz made it to the regional track meet both his freshman and junior years, sidelined with an injury his sophomore year. He was gearing up to make another go on the track this year before the coronavirus pandemic shut down sports.

Waz admitted the transition to Seguin wasn’t easy; however, Seguin’s head football coach Travis Bush said he fit right in with the Matadors.

“He did a great job coming in and earning the team’s respect,” Bush said of Waz. “He became one of the guys pretty quickly.”

With a small senior class on the field, Bush said adding a new player helped give Seguin a little more experience on the gridiron.

“He’s a great kid and has a great family,” the coach said. “We were excited when we saw him enroll. We knew he could contribute in a lot of places. He was a good addition.”

Waz stepped in as an outside receiver and played special teams, Bush said.

“He has the talent,” he said. “He had great speed and we anticipated what he could do in track, although we didn’t get to finish track season here. There’s still a lot of upside to him. I don’t think he’s finished developing. He can continue to grow and get faster. I’m anxious to see what he does at the next level.”

Waz plans to major in communications, with his sights set on becoming an ESPN analyst.