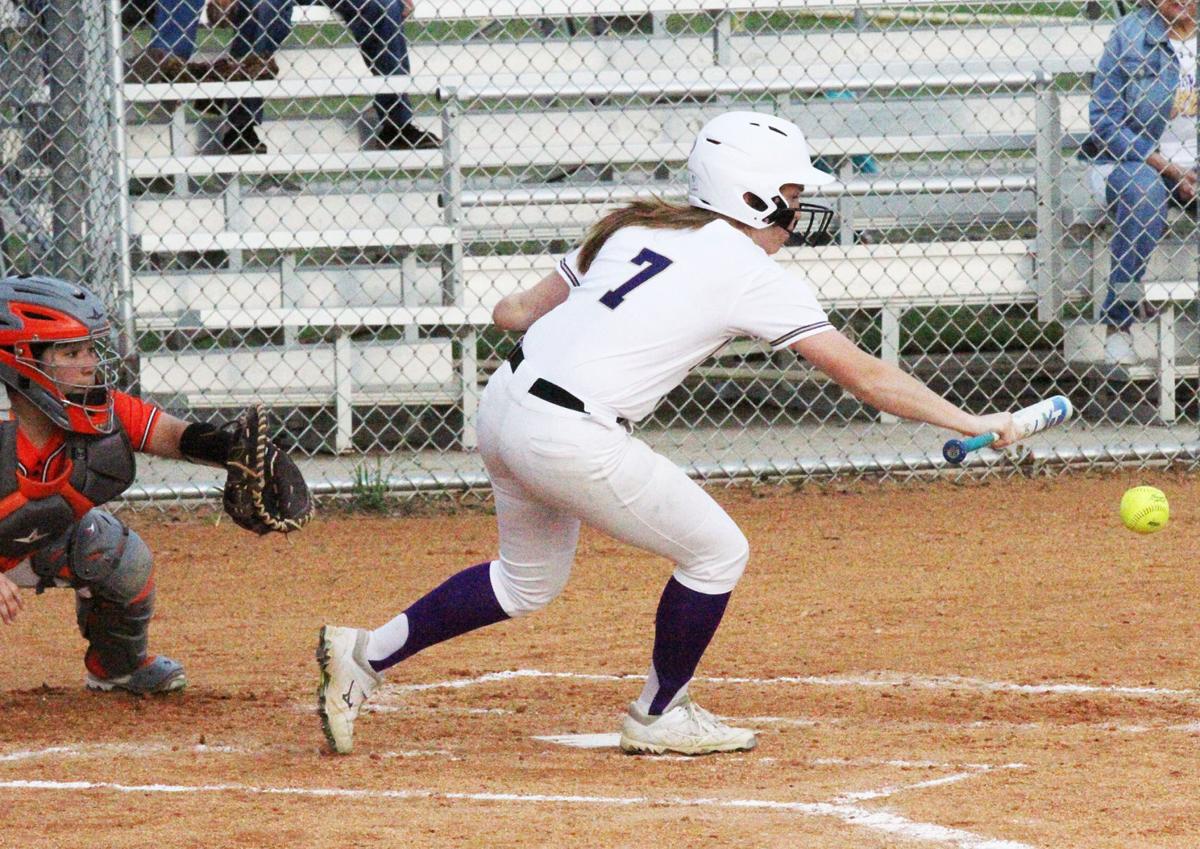 Berklee Andrews lays down a perfect bunt in Navarro's win over Gonzales on Friday night. The victory moved the Lady Panthers to 4-0 in district play. 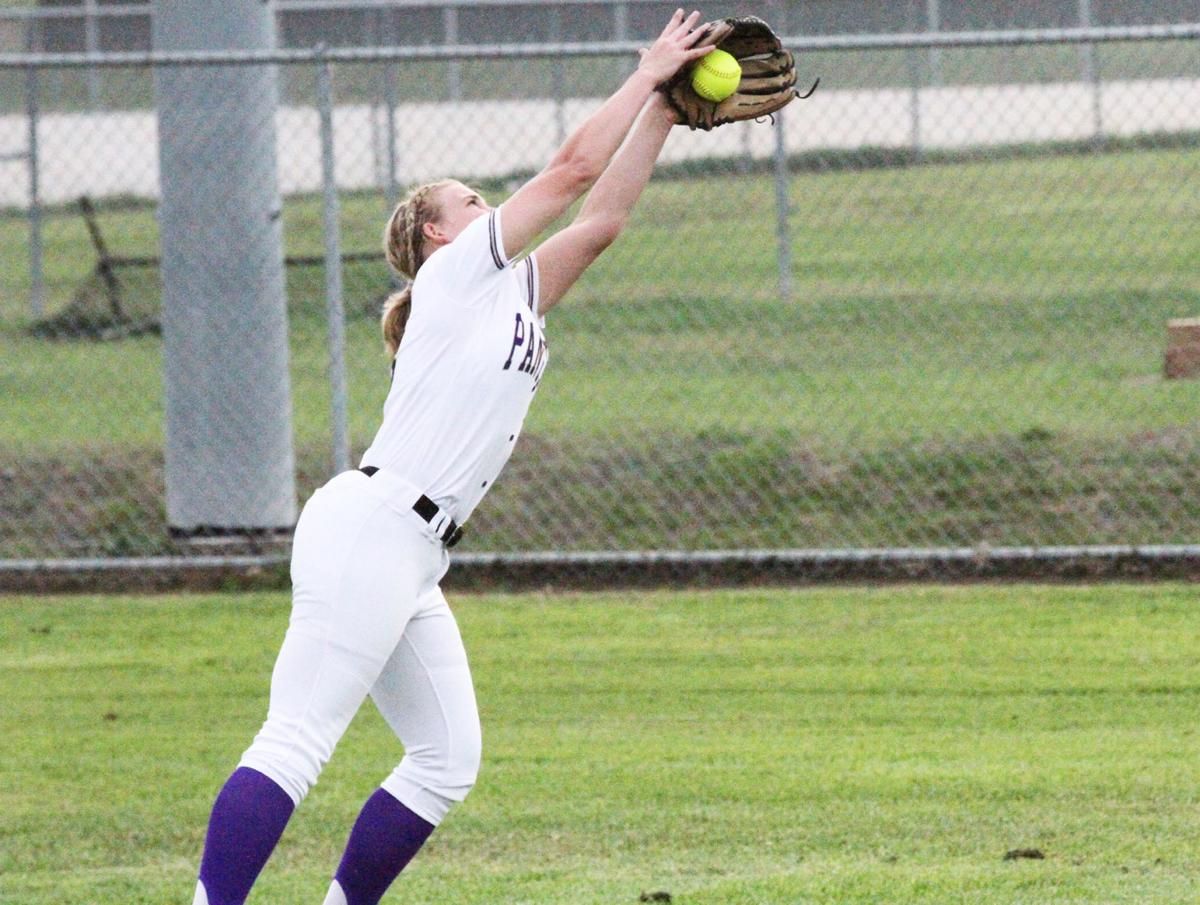 Navarro's Mary Gilliam makes a great catch in right field in the Lady Panthers' 14-12 win over Gonzales on Friday, March 13, 2020.

Berklee Andrews lays down a perfect bunt in Navarro's win over Gonzales on Friday night. The victory moved the Lady Panthers to 4-0 in district play.

Navarro's Mary Gilliam makes a great catch in right field in the Lady Panthers' 14-12 win over Gonzales on Friday, March 13, 2020.

The Navarro Lady Panthers and the Gonzales Apaches treated fans to an offensive onslaught Friday night at Navarro High School, in what was the last game in the area to be played with the suspension of the spring sports seasons by the UIL earlier in the day.

Outs were difficult to come by on both sides as the lead changed hands six times in the contest, with Navarro getting the last say in the 14-12 win.

“I would call it a bit of a struggle,” head coach Darrell Harborth said after the game. “I’m glad to come out on top and I give Gonzales a lot of credit, they hit the ball extremely well.

“But if we play a little better defense, we should have held them to six or under. I told the girls if we make the plays we’re supposed to, we’re in command of the game.”

The Apaches opened the scoring in the first with three runs, before Navarro came right back in the bottom of the inning to score four times and take a 4-3 lead. Laylin Sturm got a leadoff single, stole second and advanced to third on a grounder from Melina Tabares.

Sam Wegman singled on a line drive to center, scoring Sturm from third to get the Panthers on the board.

Navarro got five hits in a row after that, from Haleigh Ortiz, Sarah Howard, Berklee Andrews, Sydni Stevens and Tatum Harborth to push three more across the plate with two outs.

“When you score 14 runs you have to have that,” Harborth said. “We had some good hitting tonight and I think the wind caused some issues on pop ups, especially for us. I think 14 runs is good, but we’ve got to shore up our defense.”

The Panthers fell behind four times in the game, including in the sixth inning, when Gonzales scored four times to take a 12-11 lead.

Howard walked to get on, stole second and scored  on a Stevens single to center to tie the game at 12-12.

Carli Pitner singled to center to bring Stevens home, and Harborth, pinch running for Pitner, scored on a ground ball to the pitcher for the final margin of victory.

“We start five freshmen, three sophomores and one junior, so for them to be able to battle back, being that young — these are the type of games that help us grow up pretty fast,” Harborth said.

Wegman got the win in the circle, going all seven innings, and induced a double play ground ball to the shortstop in the top of the seventh that ended the game.

“It was tough for her out there tonight, but she battled and battled,” Harborth said.

For the game, Stevens and Howard drove in three runs each, while Tabares and Ortiz drove in two to lead the Panthers. Wegman went 4-5 at the plate and drove in a run, while Howard and Sturm scored three times each.

The game was the last for the Lady Panthers for at least two weeks after the UIL suspended all play until March 29 due to the COVID-19 virus.

“They already knew that school was cancelled and I was hoping to keep it from them until after the game,” Harborth said. “But with social media now it didn’t take long for them to find it all out.

“We’ll be all right, we’ll take a little break and get back after it.”

“It’s good to be 4-0,” Harborth said. “Hopefully all this stuff pans out, everybody’s safe and we move on from it once everything is figured out.”