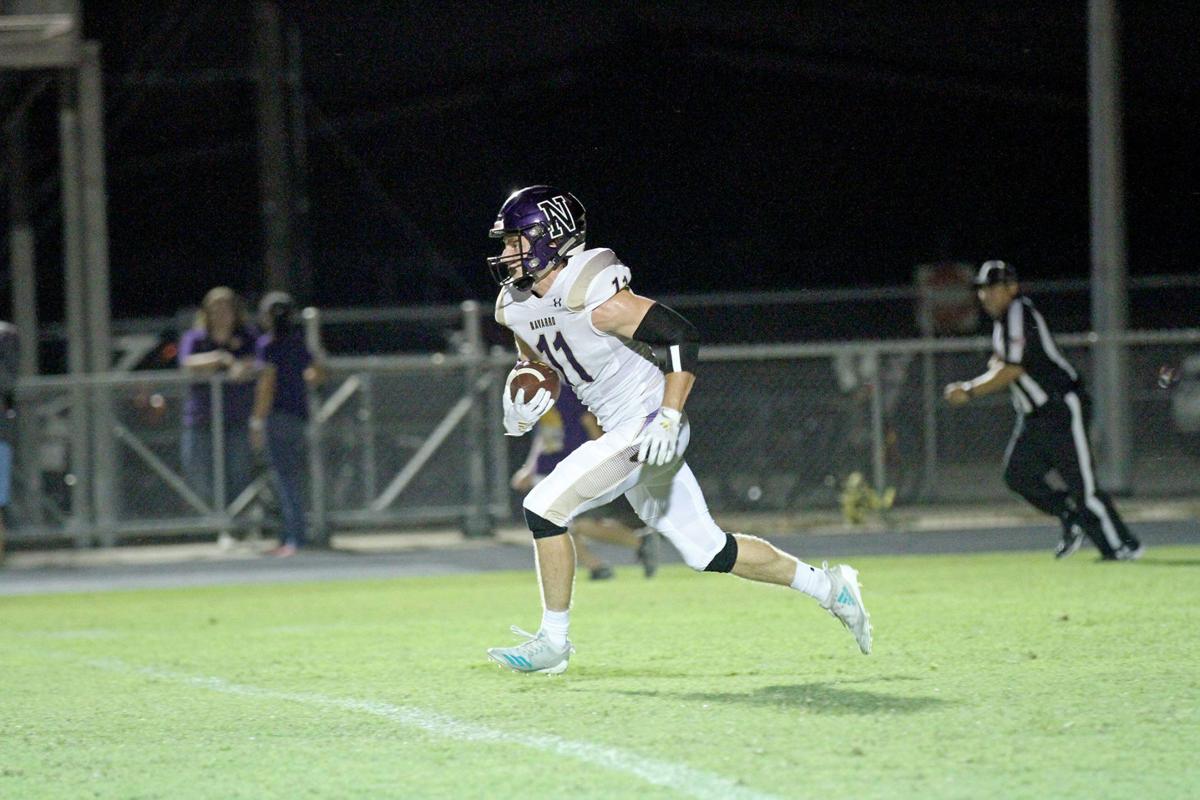 Navarro Panther Myles McCord carries the ball down field on a kickoff return against La Grange on Sept. 20, 2019. 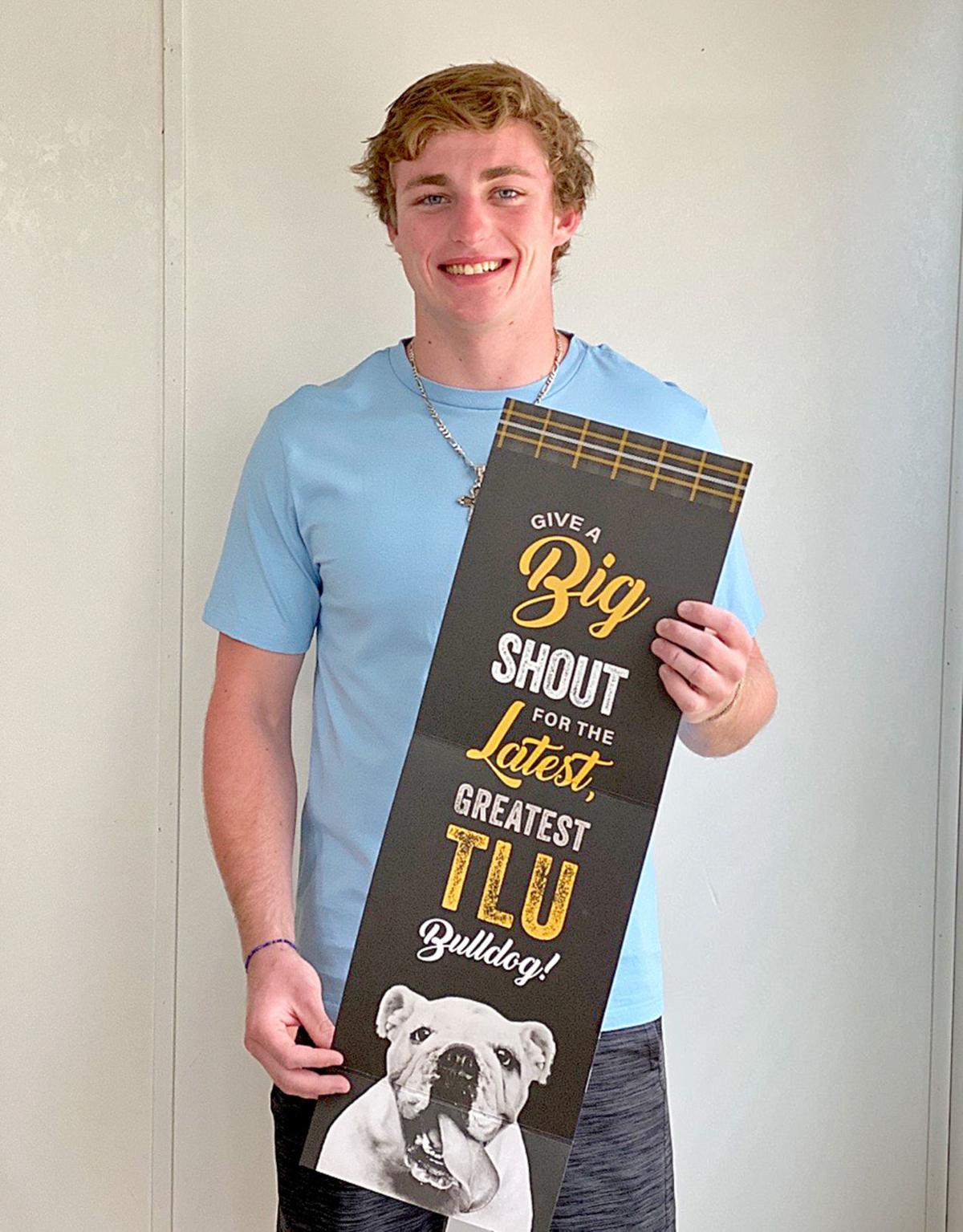 Myles McCord shows off his decision to continue his educational and athletic career at Texas Lutheran University.

Navarro Panther Myles McCord carries the ball down field on a kickoff return against La Grange on Sept. 20, 2019.

Myles McCord shows off his decision to continue his educational and athletic career at Texas Lutheran University.

And now, will make the transition to Bulldog as he recently signed his letter of intent to play football for Texas Lutheran University.

McCord’s football career started out playing six man for the Lifegate Falcons in sixth grade. After his junior year, he made the move to Navarro and joined the 11-man football team as a receiver and kick returner.

“Going from six-man from sixth grade to junior year then going to 11-man, it was a lot different for sure,” he said. “It took a while to get used to, but once I got the hang of it, it was something I really liked.”

Having only just begun his journey as an 11-man football player, McCord said he wanted to continue to play.

While TLU may not have been on McCord’s radar to start, a trip to the campus and a visit with the coaches changed his mind.

“When Coach Mott came and talked to me and told me he wanted me to play football there, that changed my point of view of things,” he said. “I still wasn’t sure about it, but after my dad and I went on a tour of the campus, I took some time to think about it and felt I wanted to play football. Coach Mott and the staff have a lot of experience and know what they’re doing and their training facilities are really nice.”

McCord plans to major in business administration with a minor in applied physics. He hopes to join the military following his college graduation and become a pilot.

“I have a lot of respect for the people who have served and it is something I’ve always wanted to do,” he said.