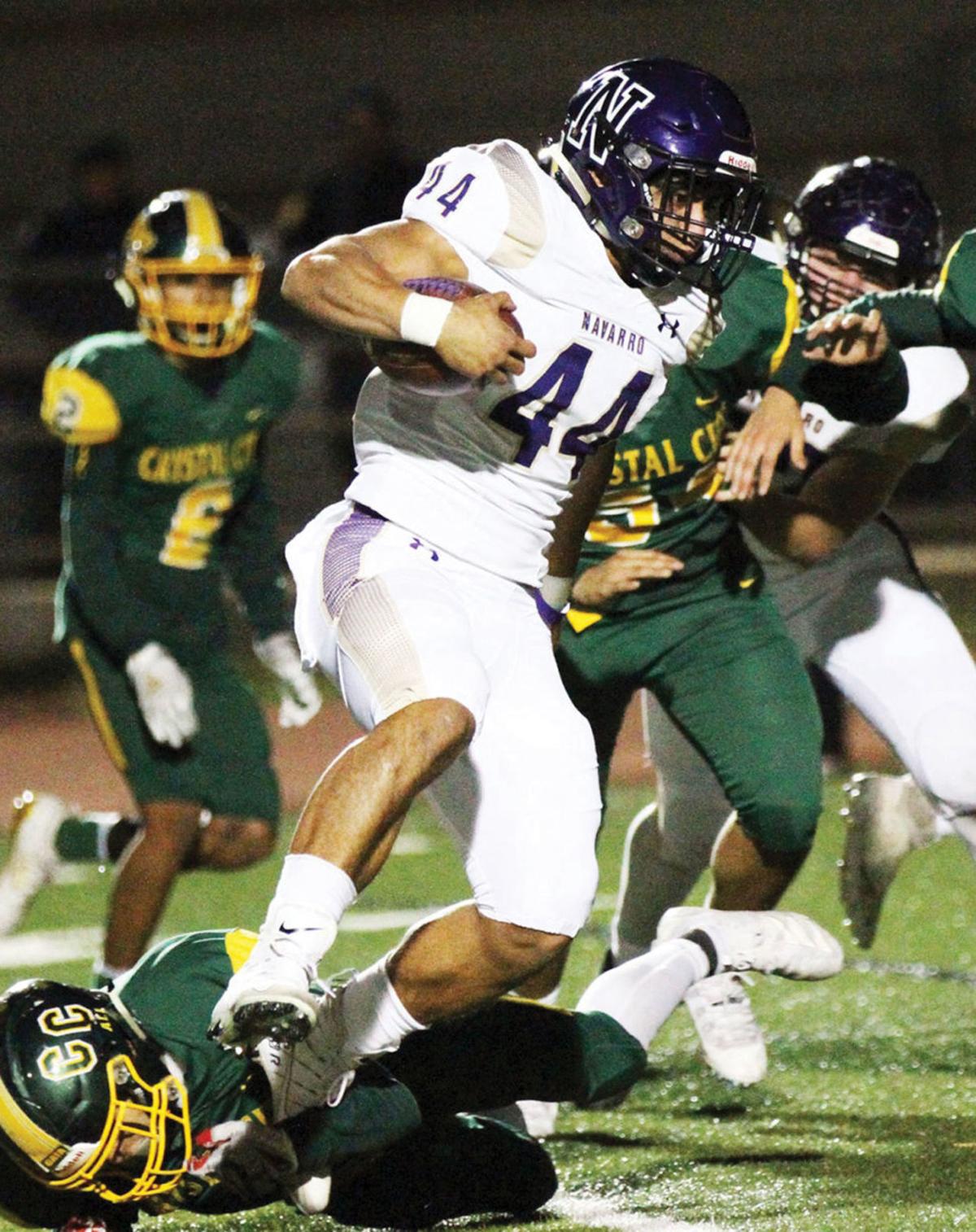 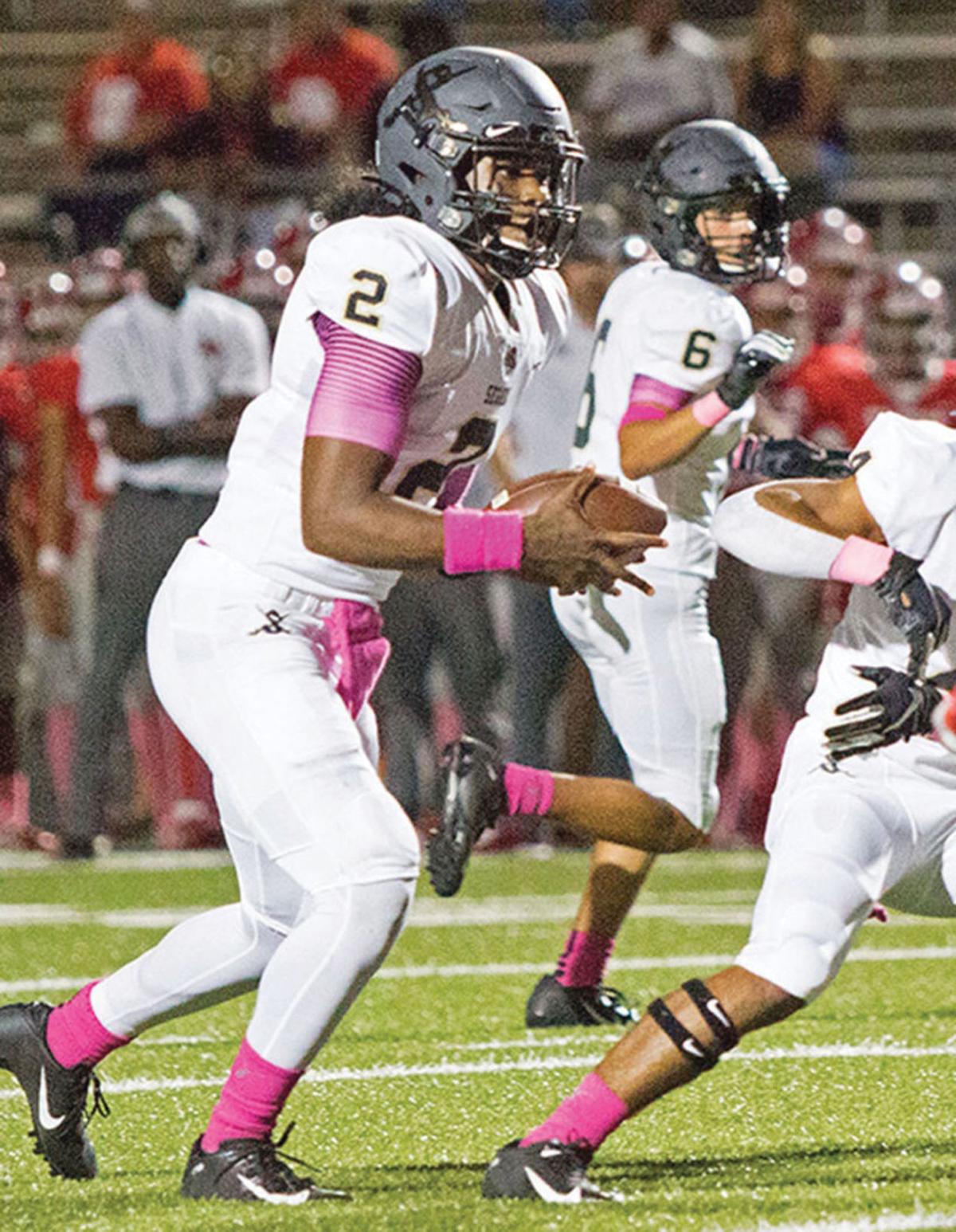 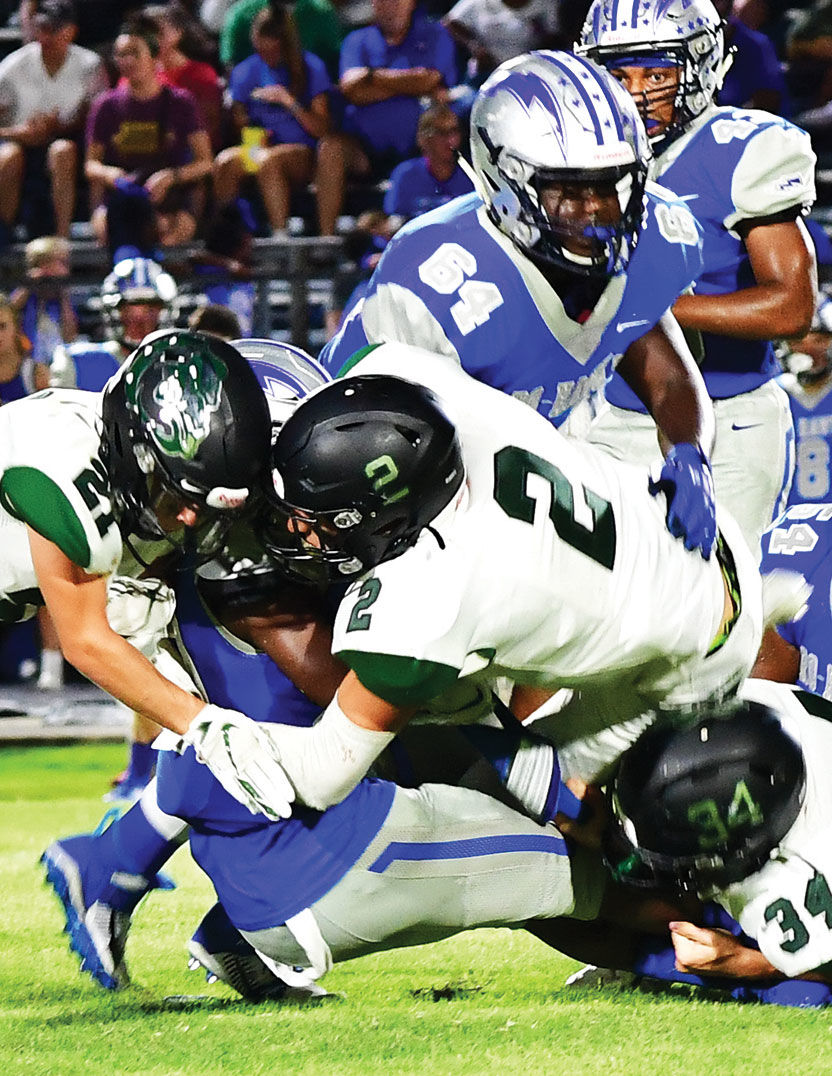 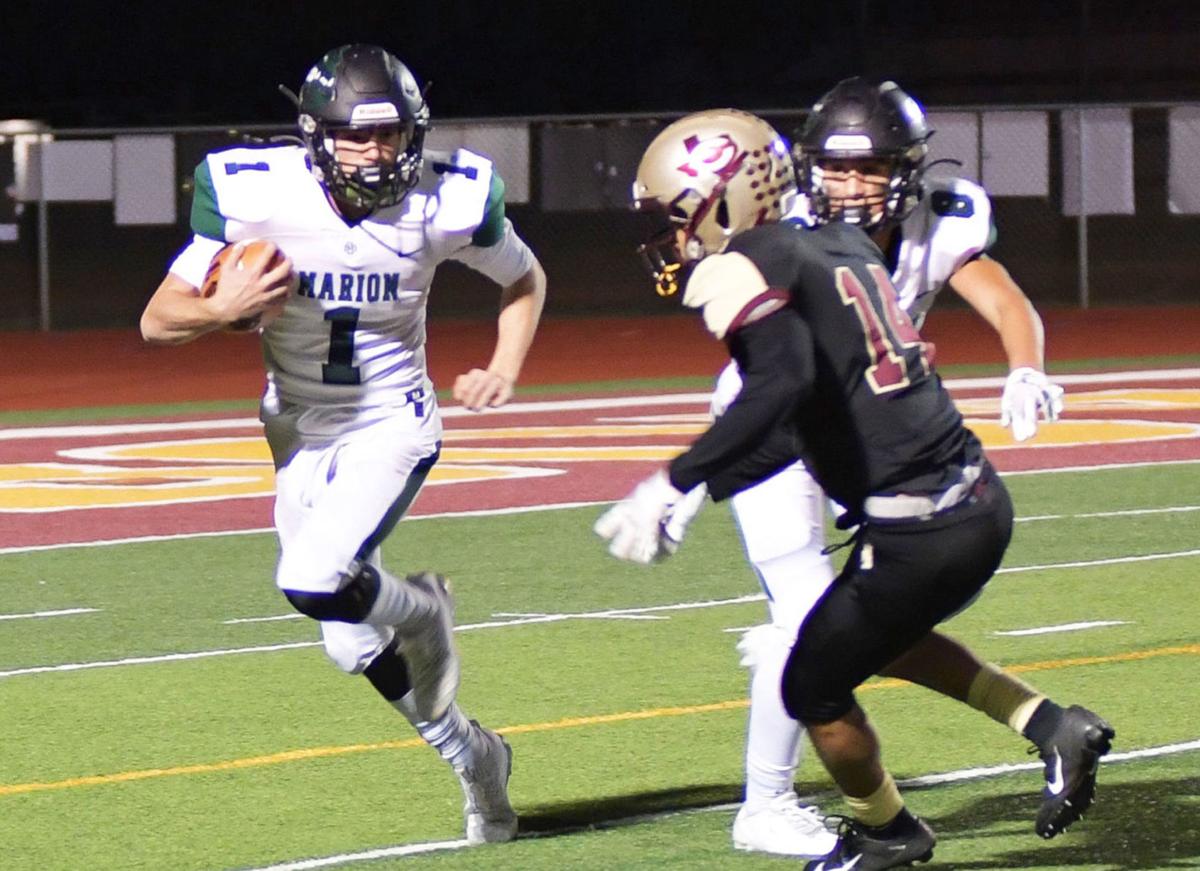 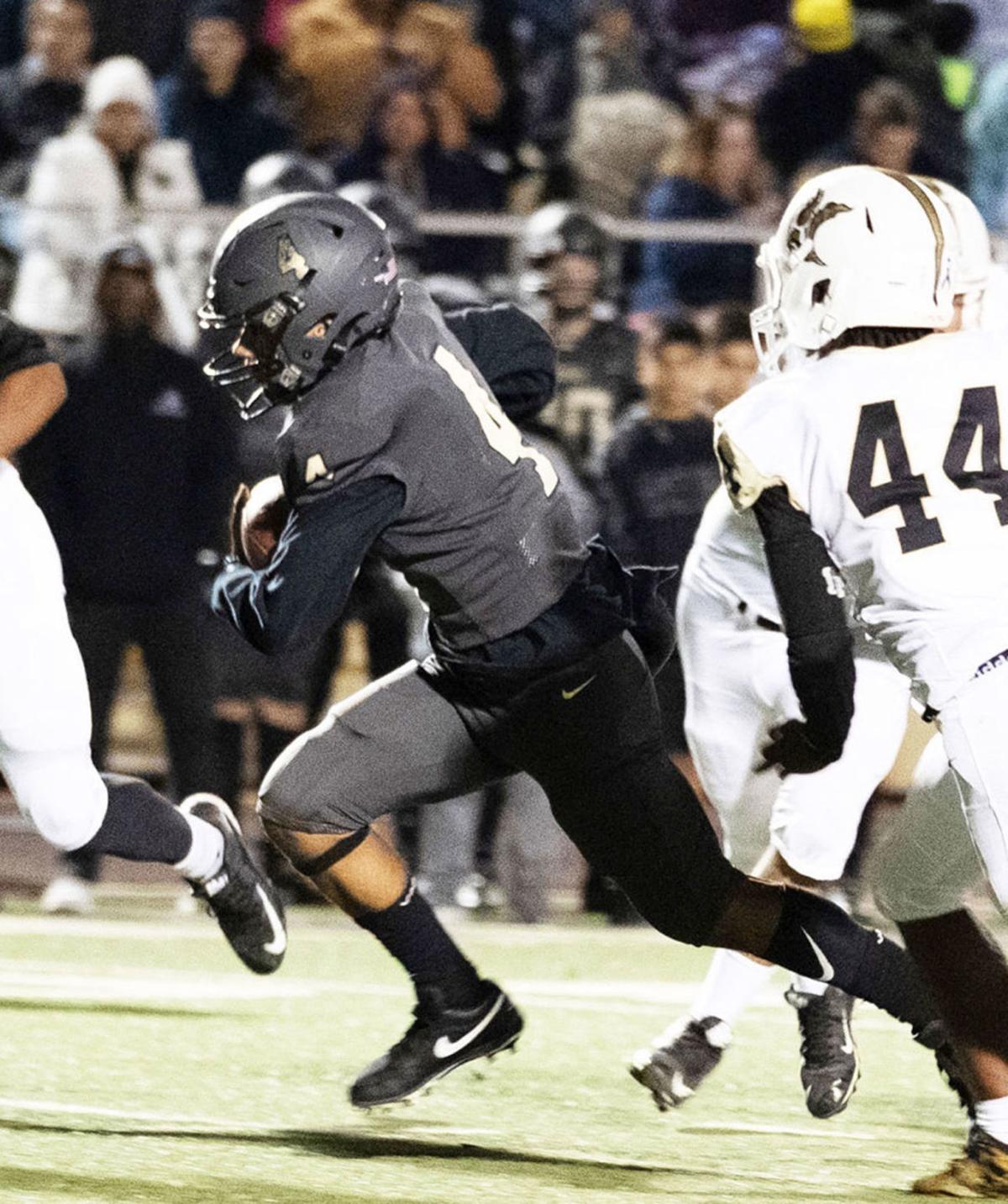 I wish there was more of me to go around.

We had four pretty good football teams in the area in 2019.

Of course, I could only be at one game every week, so we got a couple of freelancers to cover Navarro and Marion, while I was with the Matadors every Friday night.

While all three made the playoffs, Lifegate did as well, and I would catch up with the coach on Saturday to get updated on how they did.

The six-man Falcons were the only team I didn’t actually get to see play, because the two or three times they did play on Saturday, I was stuck at the office, getting out the Sunday paper.

So, I  approached this All-Area team as I have for the others since I got here in May.

I got in touch with the people that know their teams — the coaches.

Unlike with the other teams we’ve put together in the last year, I at least had eyes on the teams I wasn’t covering.

Scott Bretzke and Scot Kibbe covered Marion and Navarro this season, so I reached out to them as well.

The coaches have been great, as I’ve been hounding them for the last two weeks over the holidays to give me updates on all the postseason awards, send me the stats and let me know their recommendations for the team.

Between the Player of the Year, Offensive MVP, Defensive MVP and the First and Second All-Area teams, there are 47 players here representing our four area schools.

With that in mind, here goes nothing.

Euler Deleon had a record-setting season with the Navarro Panthers, after his cohort Johnny Alegria was out with an injury early in the year.

Deleon rushed for 2,041 yards, a single season record at the school that had stood for 16 years, according to Mr. Navarro football, Kibbe, who has covered the Panthers for 28 seasons now.

Deleon’s production included 27 touchdowns as the Panthers made it to the regional semifinal game before getting beat by Wimberley at the Alamodome.

While Deleon and the Panthers rushing attack was held pretty much in check for most of the game, Deleon scrapped for every yard he could get, running over guys in the process — as he had done all year.

Wimberley made it to the state final before getting beat, so the 13-1 Panthers fell to some pretty tough company during a fantastic season.

This one was a pretty tough decision, as there were actually four, or maybe even five, players that checked in right behind Deleon.

Jhalen Mickles got the nod here because I saw him throw it all over the field for the Matadors this season.

But Marion’s Zach Goodwin, Lifegate’s Quinten Shelnutt, Seguin’s Marques Washington and Navarro’s other running back, Alegria, all had outstanding seasons too.

I’ll get to them in a minute, but as for Mickles, his arm and legs were unmatched at the quarterback position in the area.

I saw the kid throw a ball almost 60 yards through the air for a touchdown, and watched him use his big frame to run over people at times.

HIs 1,800 yards and 14 touchdowns through the air, and another eight touchdowns on the ground, were limited due to a hamstring injury early in the year that kept him out for more than two games.

But it may have been the second half against heavily-favored Hutto in the playoffs that put him over the edge for me.

Mickles led an improbable comeback with the season on the line, and Seguin had a chance to tie the game after trailing by 20 at the half.

He showed poise, leadership and toughness in that half, as Seguin’s young team almost came back to tie the game.

Jayden Williams was a beast for the Marion Bulldogs this season.

The junior linebacker/receiver is a big kid, and head coach Ryne Miller has told me that there are already some pretty big schools looking at him to play at the next level.

He was named the Defensive MVP in District 15-3A, and it really came down to him and Navarro defensive end Brett Butler, the District Defensive MVP for the Panthers.

Both had great defensive stats for the year, and I had the opportunity to watch both play, Williams in Marion’s loss to Industrial, and Butler in Navarro’s loss to Wimberley.

While both teams lost in the only game I got to see them play this year, the effort I saw from Williams in his playoff game was Herculean.

Williams played both ways for the Bulldogs, so he had nary a play off in the game. I saw him run route after route on the offensive side of the ball, and make tackle after tackle on the defensive side.

On the field afterwards, he was exhausted, having “left it all on the field” as coaches preach to their players.

Marion’s Goodwin had an amazing year in his first year as the starting quarterback for the Bulldogs.

He threw for more than 2,300 yards and 21 touchdowns, while running it for another 621 yards and 11 more touchdowns. He was the engine that made the Bulldogs go.

Washington was quick, and I got to watch him run all over the field for Seguin all season long. He rushed for more than 1,200 yards, averaging 6.6 yards per carry and 19 touchdowns for the Mats.

In Seguin’s pass heavy offense, Washington caught 25 balls for another 300 yards as the fourth leading receiver on the team, providing coach Travis Bush with a dual threat out of the backfield.

Navarro’s Alegria finished his career with an unbelievable 10.2 yards per carry average, and gained 1,138 yards with 11 touchdowns, despite missing almost four games with an injury.

Ullrich and Patterson were Seguin’s leading receivers this season, with Ullrich catching 61 balls for 668 yards and 7 touchdowns, while Patterson did a lot of work over the middle, catching 30 passes for 393 yards and four touchdowns.

Devora,, along with Williams and Hutch Rabenaldt, spearheaded the Bulldogs’ passing attack all season.

The big guys in the trenches were all award winners in their respective districts this season, and I relied heavily on the coaches for their recommendations — as all fans know, they are the unsung heroes on the football field.

Seguin kicker Garrett Stiles gave the Mats a true weapon in the kicking game, as Seguin was able to win the field position battle with his leg in many of their games this season. Stiles is now 15-of-17 in his career as the field goal kicker for Seguin.

The defensive players were based heavily on postseason awards, tackling stats and again, recommendations from the coaches and from our writers that covered the squads.

One kid that really stood out — Marion defensive back Rabenaldt. Rabenaldt is 5-foot nothing, and looked on the field like he had perhaps come to play in the wrong game.

But he used that small frame well as a defensive back for the Bulldogs, grabbing seven interceptions this year and earning accolades galore, including making the AP 3A All-State team.

On the second team, LIfegate’s Shelnutt had an unreal season as the Falcons won their second straight TCAL 2A six-man state championship.

Shelnutt accounted for an astounding 64 touchdowns this year, and I spent many a Saturday recounting those scores with head coach John Stout, so I could write a recap of the Falcons’s games.

This list (47 players) was not easy to put together and I could not have done it without all the help from the great football coaches we have in this area.

Seguin’s Bush, Marion’s Ryne Miller, Navarro’s Rod Blount and Lifegate’s Stout were a tremendous help, for this, and all season long.