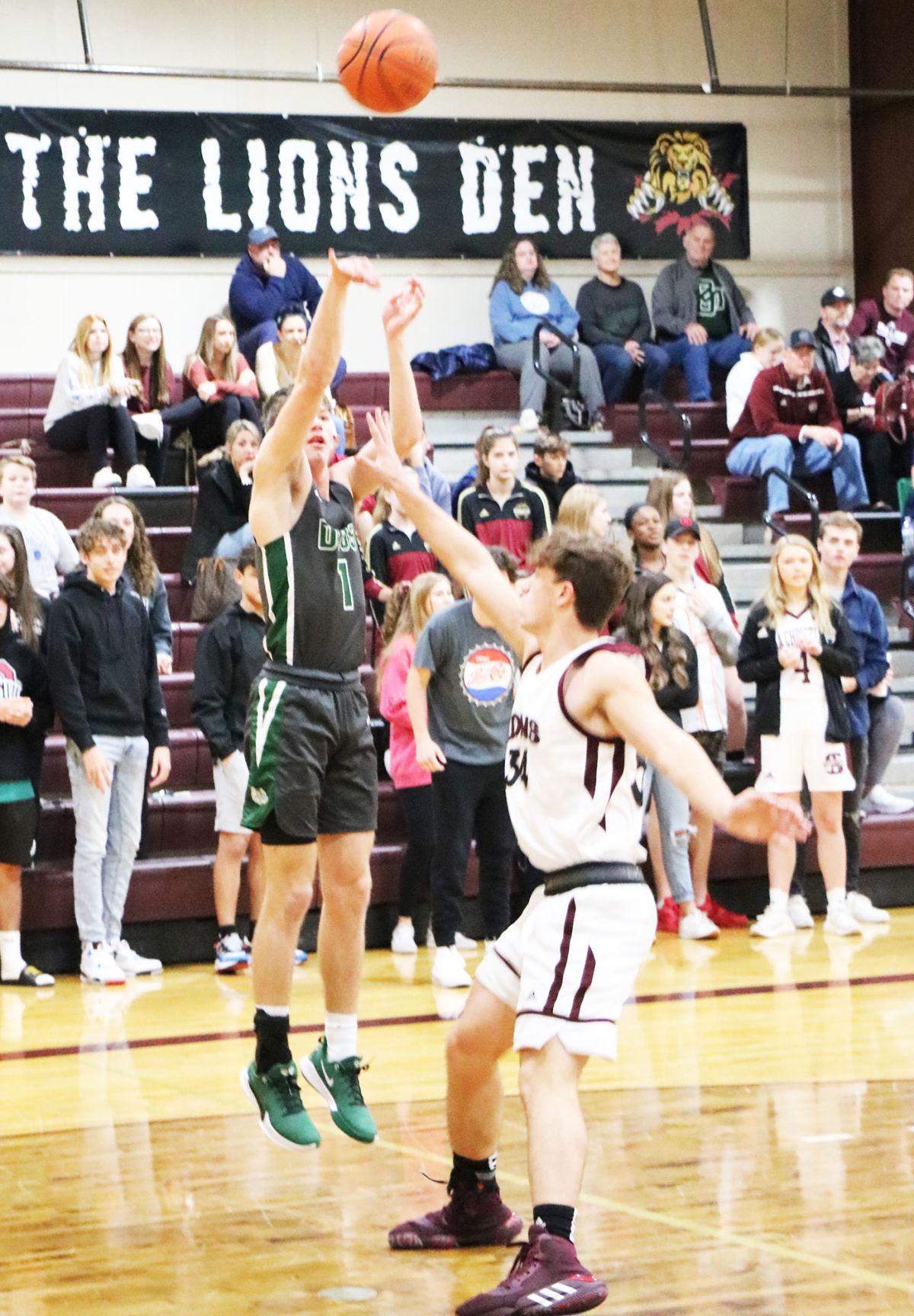 Marion's Zach Goodwin puts up a jumper in the Bulldogs' loss to San Antonio Christian on Friday, Jan. 3, 2020. Goodwin had 12 points in the loss. 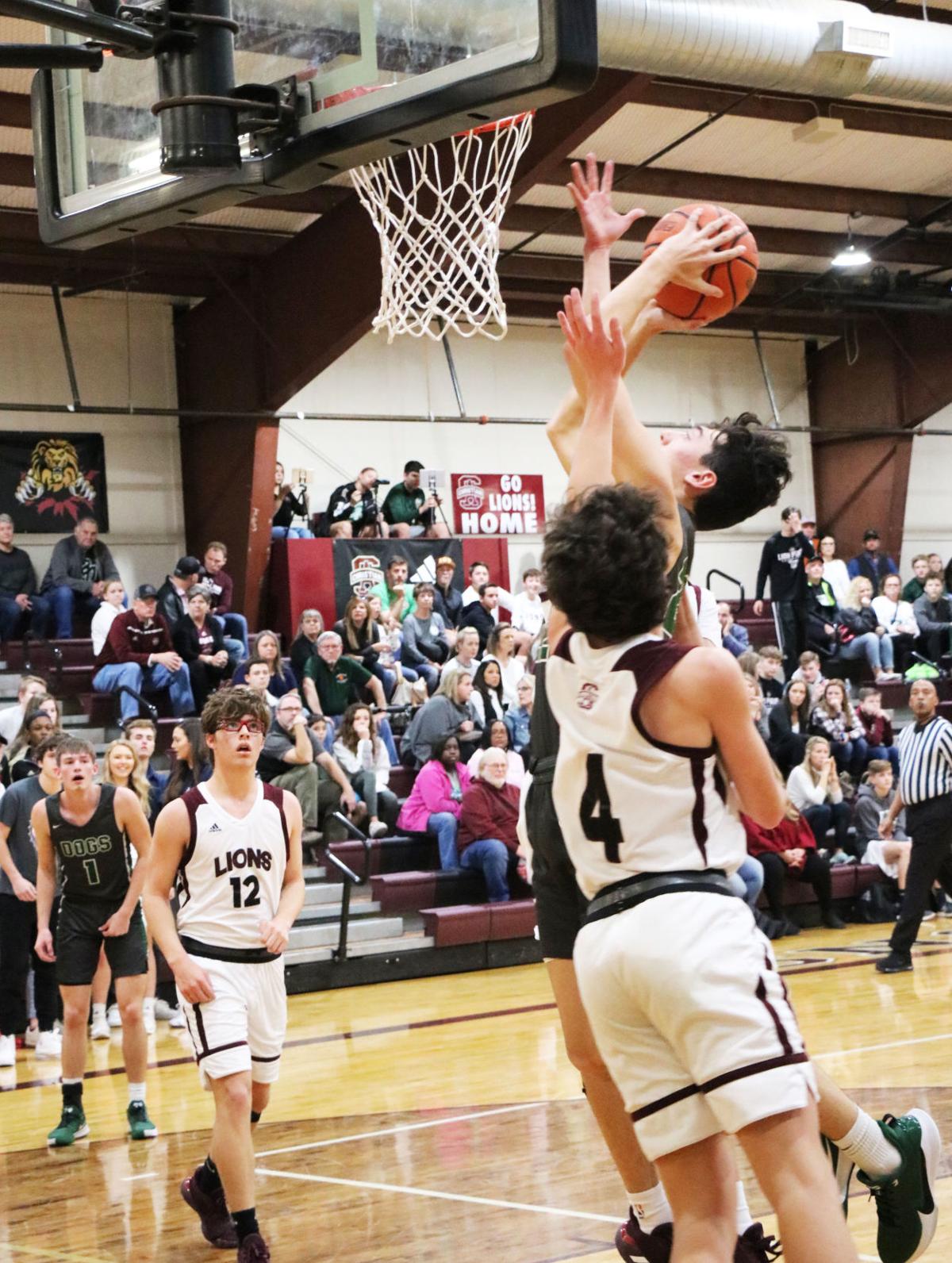 The Bulldogs' Jayden Williams takes it to the hole in Marion's loss to San Antonio Christian on Friday, Jan. 3, 2020.

Marion's Zach Goodwin puts up a jumper in the Bulldogs' loss to San Antonio Christian on Friday, Jan. 3, 2020. Goodwin had 12 points in the loss.

The Bulldogs' Jayden Williams takes it to the hole in Marion's loss to San Antonio Christian on Friday, Jan. 3, 2020.

The Marion Bulldogs had turned a corner on their basketball season, stringing together four straight wins to take the Nixon-Smiley tournament over the Christmas Break.

They were looking to extend that streak Friday night at San Antonio Christian.

While the Bulldogs (10-10) kept the game within reach, they could never quite get over the top and fell to the Lions, 56-51, in San Antonio.

“We played a very physical team,” head coach Jon Allen said. “They put some bodies on us and we didn’t respond properly to their style of defense.

“We have an offense set up to go back door, to alleviate pressure and we didn’t do as good a job as we should have done.”

Marion fell behind early, as the Lions outscored them 19-11 in the first quarter to build the eight-point lead.

SAC pushed the lead to 10 in the second. before the Bulldogs went on the best run of the game.

Leading scorer Ryken Autry nailed a couple of three-pointers, his first baskets of the game, and Samuel Montoya added a bucket as the Bulldogs closed to within three at the half, 27-24.

Marion continued solid play in the third, as Montoya got a three and Jayden Williams scored on the inside twice to keep the Bulldogs close at 36-35.

But the Lions went on a 6-0 run over the last two minutes of the quarter to take a 42-35 lead into the fourth quarter.

“We had to fight for everything for sure,” Allen said. “We’re not going to out physical probably anybody we play this year, so the little advantages we get we have to take advantage of and I thought at times we missed opportunities out there.”

Autry would not get another bucket until there was four minutes left, after the Lions had pushed the lead to eight.

Easton Allen, the coach’s son, had difficulty getting shots off, taking only two shots for the entire game and being held scoreless on the night. Coach Allen got a technical in the second half arguing with the officials on how the Lions were guarding Easton.

“They did a good job and he got frustrated,” the coach said. “They were holding him and that’s why I got the technical, because I was on them all night trying to get a call for holding. They would never call it and that was part of the physical play I was talking about.

“They did a good job holding on to us and we couldn’t get him open.”

Autry got his third three of the night and Montoya added another as the game was coming to an end, but the lead was too much to overcome as the Bulldogs fell by five.

“That’s kind of been our season,” Allen said. “We’ve had a lot of games where we were close, but couldn’t quite get over the hump.

“With the young team that we have, we’ve got a lot of inexperienced guys. We’re getting more experience as the year goes on, so I hope that all the tough games that we’ve played before district will pay off when we get there.”

For the game, Autry led the Bulldogs with 15, while Zach Goodwin had 12 and Montoya, 10. Williams chipped in with eight and Bradley Cook had four in the loss.

Marion takes on Devine on Tuesday at Marion for a 7:30 p.m. tipoff.