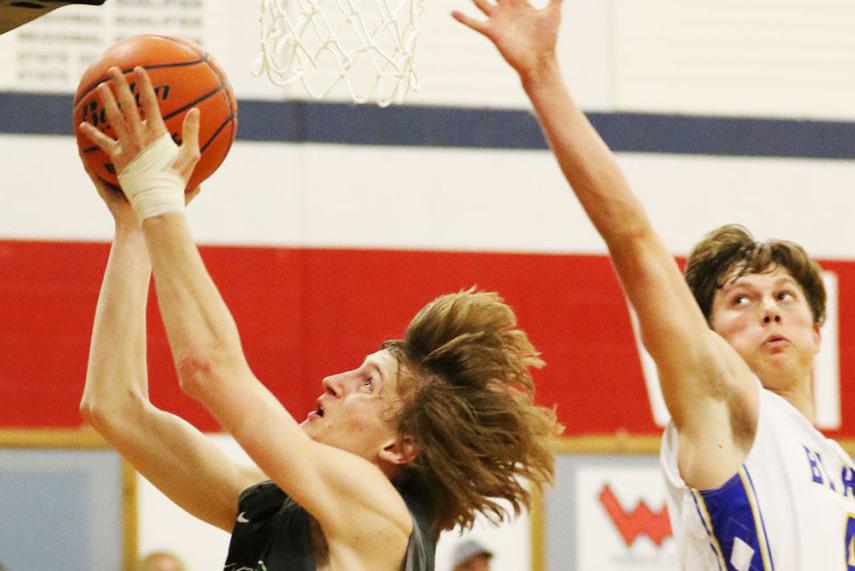 Marion's Bradley Cook lays it in for two in the Bulldogs' bi-district playoff loss to Blanco on Tuesday, Feb. 25, 2020. The Bulldogs made 13 threes in the contest but fell, 83-71. 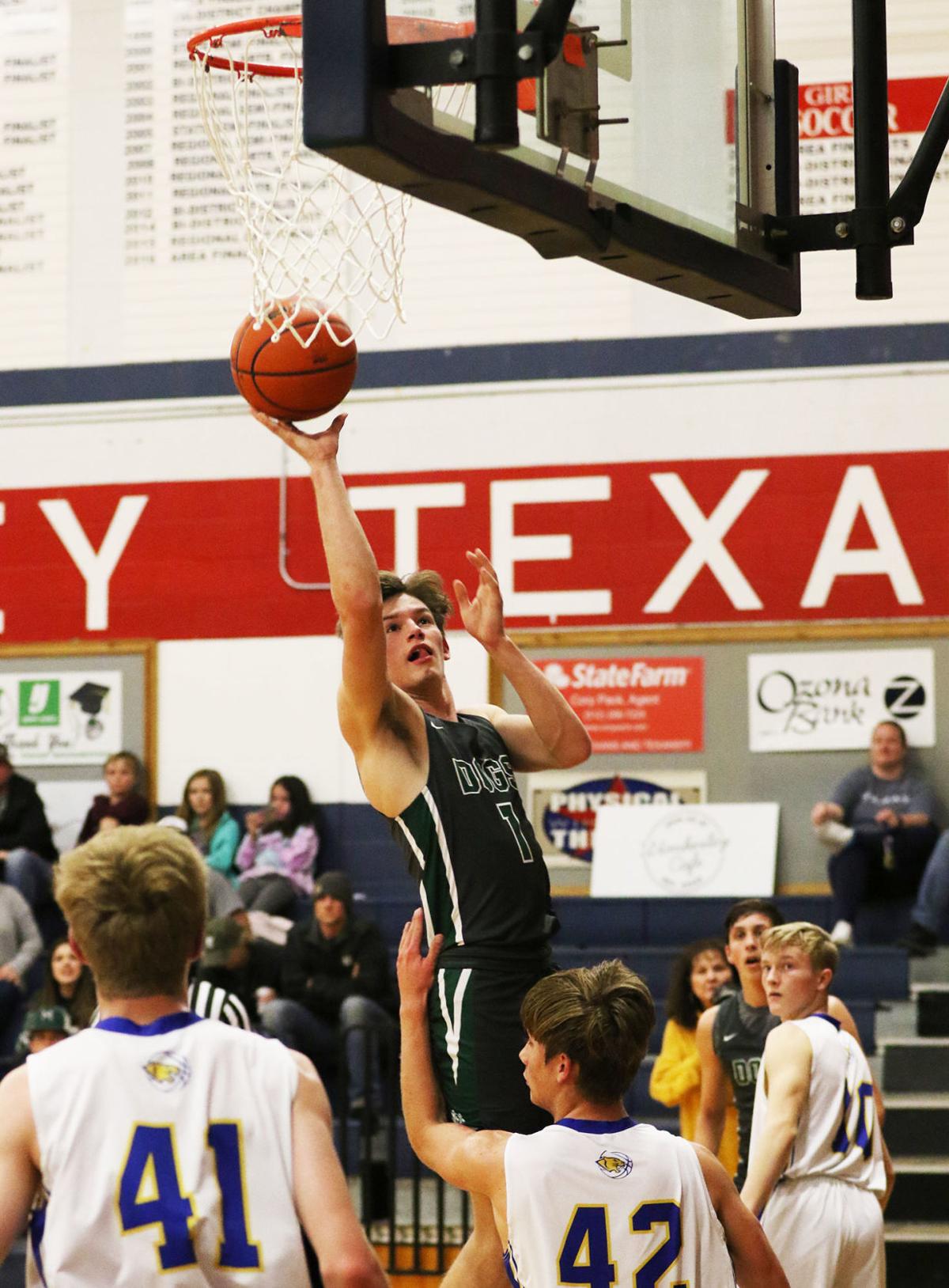 The Bulldogs' Zach Goodwin takes it to the rim in Marion's bi-district playoff loss to Blanco on Tuesday, Feb. 25, 2020.

Marion's Bradley Cook lays it in for two in the Bulldogs' bi-district playoff loss to Blanco on Tuesday, Feb. 25, 2020. The Bulldogs made 13 threes in the contest but fell, 83-71.

The Bulldogs' Zach Goodwin takes it to the rim in Marion's bi-district playoff loss to Blanco on Tuesday, Feb. 25, 2020.

It rained threes in Wimberley on Tuesday night.

The No. 4 seed Marion Bulldogs and No. 1 seed Blanco Panthers put on a three-point clinic in the bi-district round of the playoffs, making 24 shots from outside the arc between them.

In the end, Blanco had too much firepower and held on to end Marion’s season, 83-71.

“If you told me we were going to score 71 points, and still lose by 12, I would have said you were crazy,” head coach Jon Allen said. “I thought we could stop them potentially, obviously we did not.”

The Bulldogs, led by Ryken Autry’s 31 points and six made threes, kept the game within reach with perhaps their best shooting night of the season.

“We hadn’t been shooting the ball very freely,” Allen said. “I didn’t want to leave this game without getting shots up, so we did and I thought we shot the ball well.

“I’m kind of kicking myself that we didn’t shoot that way in earlier games, when we had a chance to do that. But when you are playing the Randolph’s and Cole’s, you’re slowing things down to limit their possessions, so we kind of got out of what we were trying to do.”

The two teams combined for 94 points in an up and down the floor first half that saw the Panthers take a 51-43 halftime lead.

Zach Goodwin made four threes, and Easton Allen had two while scoring 14 and 13 points, respectively.

The Bulldogs were young this season, with just two seniors on the squad, Goodwin and Hutch Rabenaldt, so it went about how coach Allen expected it to go.

“Minus a couple of games, it was a good experience this year,” coach Allen said. “Making the playoffs was a big deal.”

Autry averaged 19 points a game as a sophomore, and fellow sophomore Easton Allen, the coach’s son, also started for the Bulldogs all season. Bradley Cook, Sam Montoya and Jayden Williams, along with Kadeem Blyden, who moved up from the junior varsity midway through the year, all return next season.

“We definitely have a good core coming back,” coach Allen said. “Ryken being a sophomore and being our leading scorer, I can’t say enough about how well he played this year.”

Blyden played well the last half of the season after the move up to varsity.

“I don’t think at the start of the season he had any visions of playing on varsity, and I didn’t see that either, but he filled a spot that we needed and I thought he did a great job for us.”

The coach used Easton Allen to run the offense this season, the first time he had started as a point guard since junior high.

“Easton, being his first time to start and getting a lot of playing time, started at point guard for me, the first time he’s done that since the seventh or eighth grade,” coach Allen said.

“I was probably more impressed with the defense he played for us, but he was a leader on the floor and did a good job getting us in our offense this year.”

Montoya, Cook and Williams battled ankle issues throughout the season.

“I call them my ankle boys,” coach Allen said. “We lost all three of them at some point during the season, and two of them sprained their ankle again coming into the playoff game. That didn’t help us practice-wise.