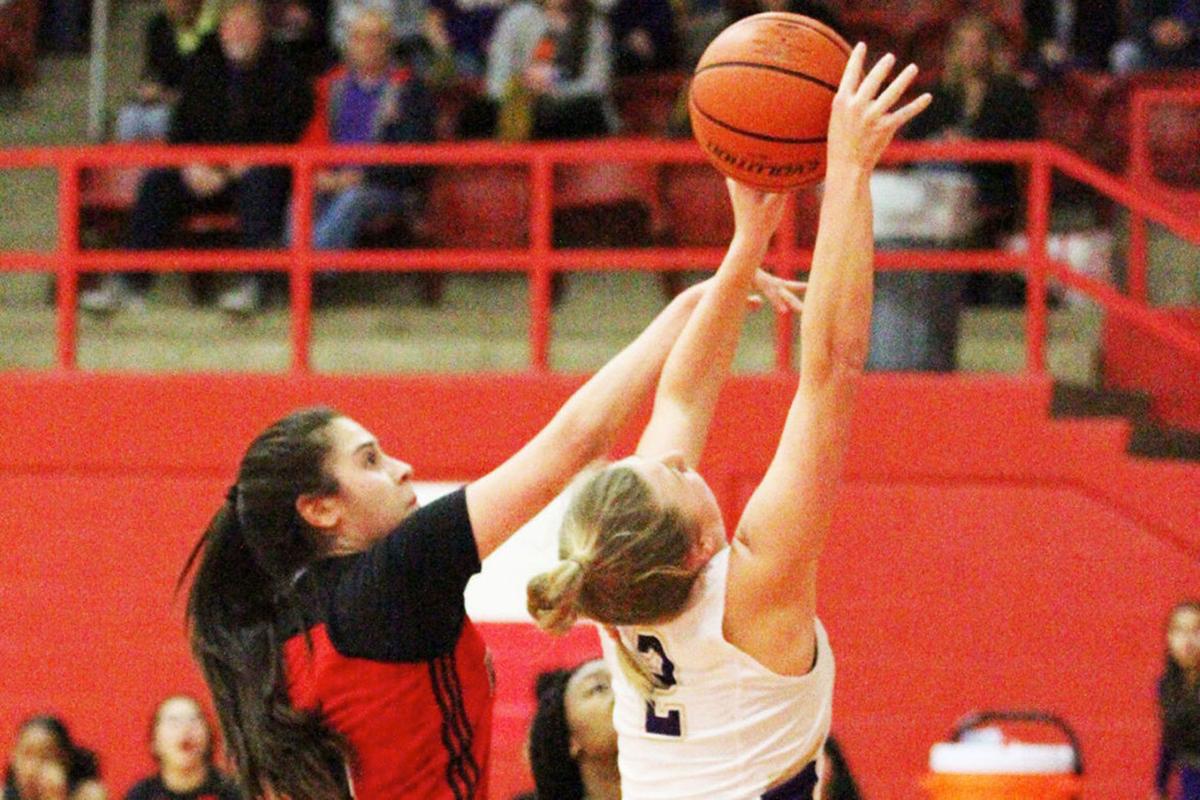 Navarro freshman Tatum Harborth was named to the 4A All-State team, the 4A All-Region team and was District 30-4A Tri MVP in leading the Lady Panthers to the regional quarterfinals. 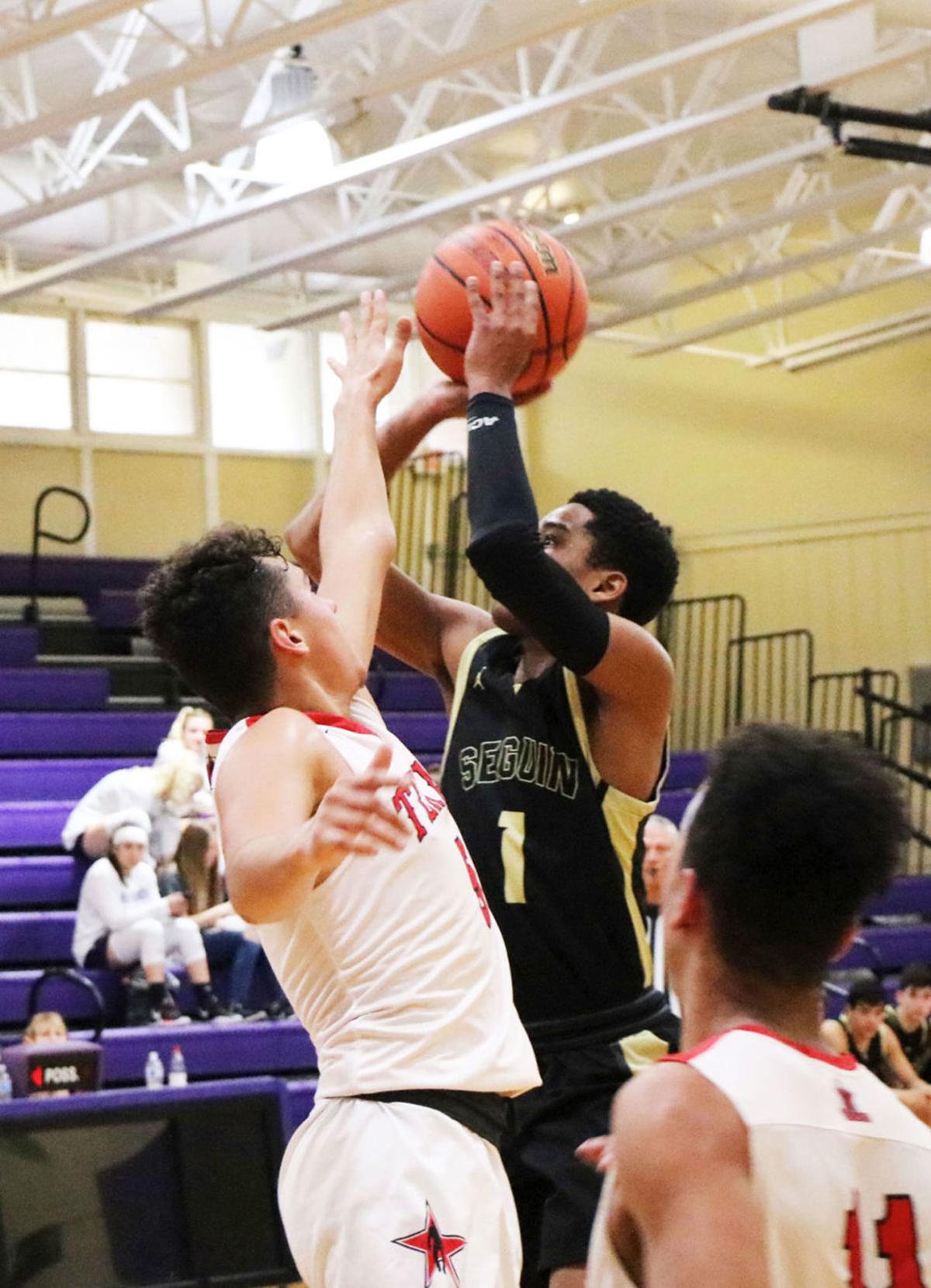 Seguin's Chris James (1) earned an All-District First Team selection for the Matadors this season, avaraging over 16 points a game.

Navarro freshman Tatum Harborth was named to the 4A All-State team, the 4A All-Region team and was District 30-4A Tri MVP in leading the Lady Panthers to the regional quarterfinals.

Seguin's Chris James (1) earned an All-District First Team selection for the Matadors this season, avaraging over 16 points a game.

Basketball players at area high schools had some great performances this past season — and the postseason awards coming in prove it.

While the Navarro Lady Panthers advanced the furthest in the playoffs this year, there were several teams that made or just missed out on the playoffs, and there were talented athletes all around.

The Matadors finished one game out of making the playoffs, with senior forward Gerrit Twitero and senior guard Chris James leading the way all season. The Mats were 19-15 overall and 9-7 in district play.

The duo were picked to play in the Chicken Express All-Star game in Kerrville on March 28, but that game is postponed.

Twitero put up amazing numbers this year, shooting 52% from the field, 46% from three-point range and 81% from the free throw line while avaraging 13.7 points per game. James took over games at times, leading the team with 16.5 points per game and 2.1 steals a game.

James was selected on the first team out of District 26-5A, while Twitero and senior guard Joseph Vela made the second team. Senior R.J. Acuna and junior Kaleb McCann were honorable mentions.

The Lady Mats were young this season, and placed two players on the All-District Second Team. Freshman Reese Brittain and sophomore Tresalyn Roberts made that team, while seniors Kaitlyn Ranft and Cyan Clack were honorable mentions. Every player on the team made the All-Academic district team.

The Navarro girls basketball team ran off a string of 11 consecutive wins at the end of the season, and were state-ranked in the Top 20 prior to the season-ending, one-point, heartbreaking loss to CC West Oso in the regional quarterfinal.

Leading the way were a trio of freshmen, Tatum Harborth, Laylin Sturm and Ryanne Hepp. The three girls started all season for head coach Darrell Harborth, and pulled off an amazing season for their first at the varsity level.

And they were recognized for it.

Tatum, the coach’s daughter, made the 4A All-State First Team and the 4A All-Region team. She was also the District 30-4A Tri-MVP, in a season that saw her average 13.4 points a game and 3.6 steals a game.

The boys qualified fourth out of the district in a turn around season for the Panthers, after they struggled to win games last year.

Senior Lizzie Abrameit could shoot it from anywhere on the floor, leading the Marion girls to a playoff berth. The Bulldog was named the Co-Offensive MVP for the district after averaging 14.9 points per game and 6.9 rebounds a game.

Freshman Sarah Cook came on late in the season after earning her way onto the varsity team, and was rewarded with the Newcomer of the Year award in District 26-3A.

The boys also made it to the playoffs, finishing fourth in district for head coach Jon Allen’s young team. Sophomore Ryken Autry was a three-point sharpshooter all season, as was junior Easton Allen. Both made the All-District First Team, while junior Sam Montoya made the second team. Junior Brad Cook and senior Zach Goodwin were honorable mention selections.

The Falcons and Lady Falcons had two players each make the All-State team, after the girls finished second and the boys fourth at the TCAL 2A state championship.

Senior Kayla Hallmark and sophomore Hannah Green earned All-State First Team honors with solid performances in the Lady Falcons’ three games at the state tourney, including a win over No. 1 seed Bryan Cornerstone in the semifinals.