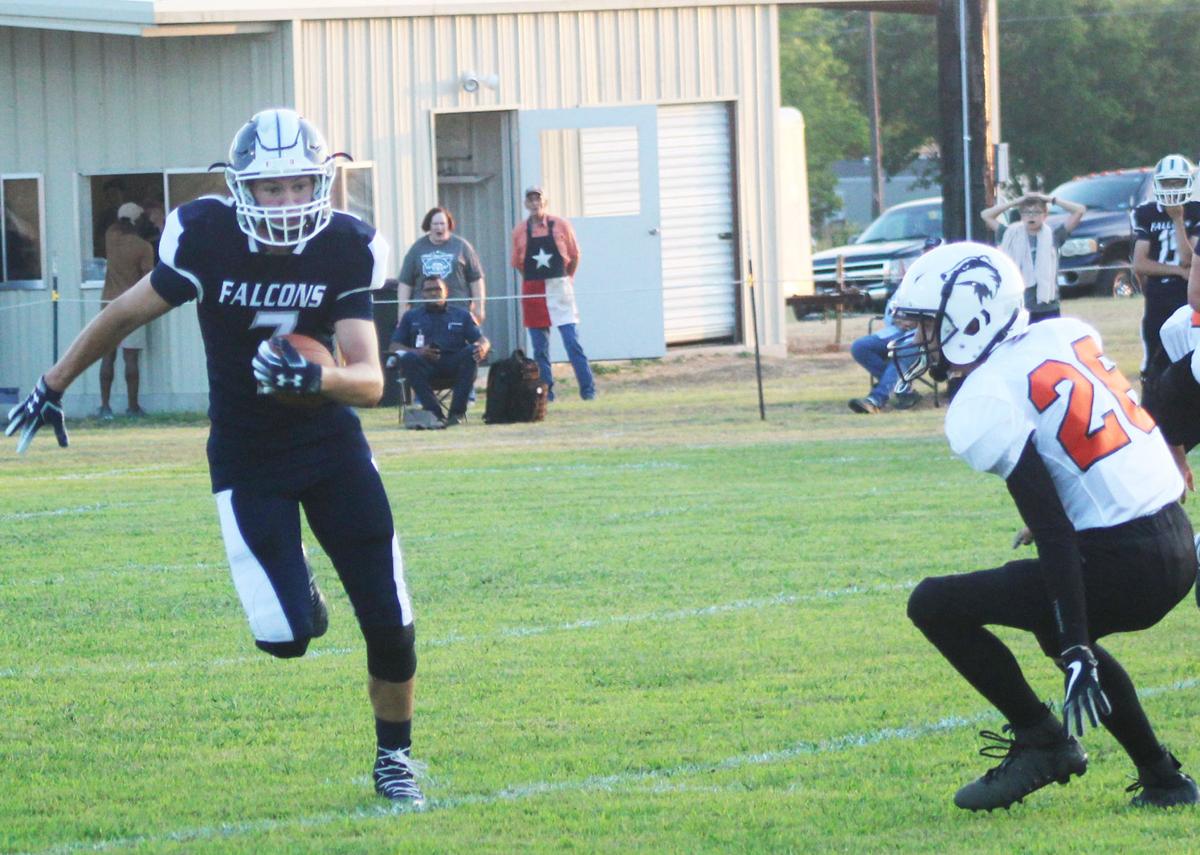 Lifegate’s Barson Schmidt evades the defender in the Falcons 49-0 shutout of the CC Badgers. 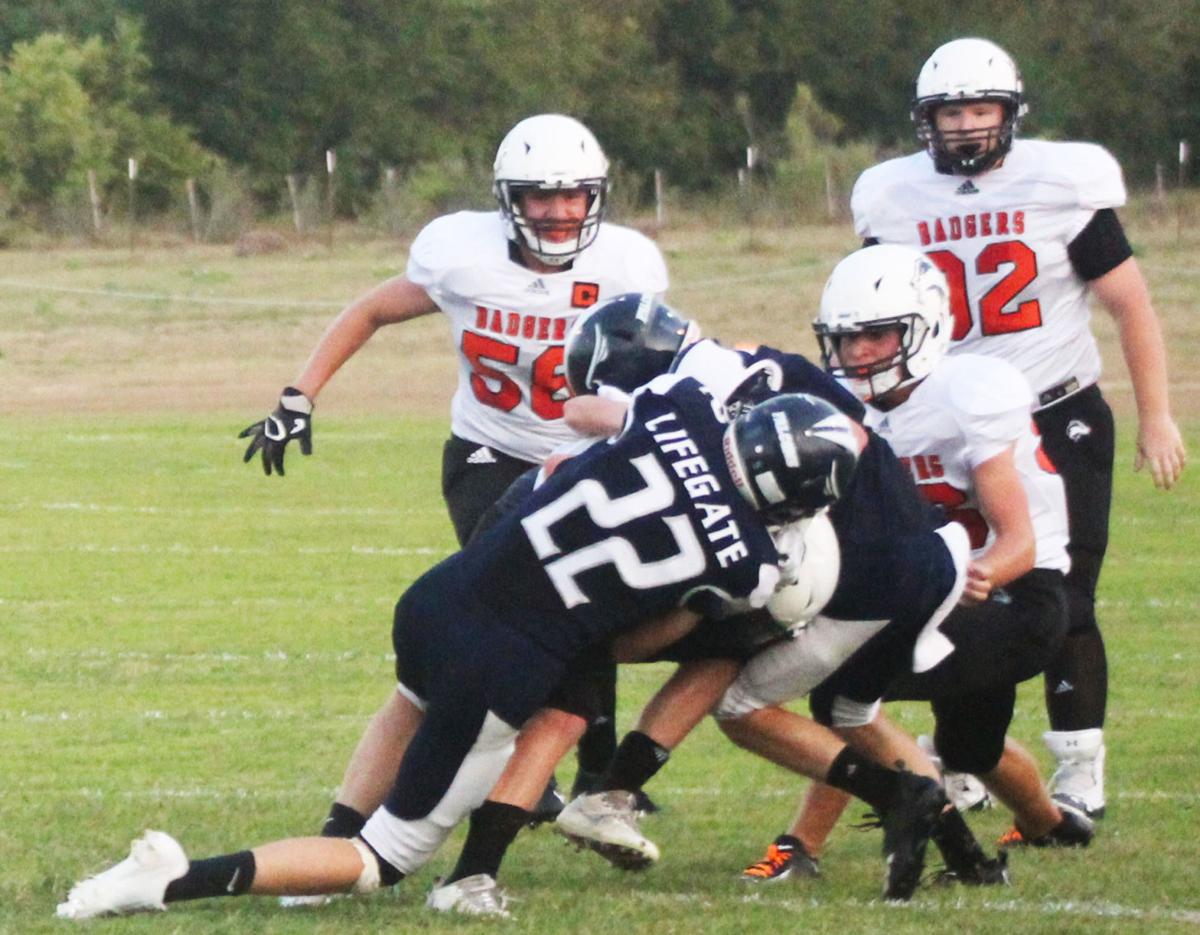 Lifegate’s Barson Schmidt evades the defender in the Falcons 49-0 shutout of the CC Badgers.

For the first time in two seasons, the Lifegate Christian Falcons were trying to do something they had not had to in a while — rebound from a loss.

After a squeaker one-point defeat to open the season, the Falcons did just that Friday night at Lifegate, handing the Corpus Christi Badgers a 49-0 shellacking to even its record at 1-1.

The defense was key in the win, as the Falcons allowed Corpus Christi just one first down on the night.

“I told the kids last week that we needed to make the little stuff perfect,” head coach John Stout said. “We were attacking the line of scrimmage, attacking on defense instead of hanging back.

“Everything was on the attack, we were just going after it.”

On top of the defensive effort, the Falcons scored on every possession but one, beginning with the opening drive of the game.

After forcing a turnover on downs by the Badgers, the Falcons got two successive 25-yard runs, with quarterback Quinten Shelnutt running it in from 25 yards out and the score and after the two-point conversion led 8-0.

Shelnutt got it into scoring position again on the next drive, and ran it in from 12 yards out for a second score and the 16-0 lead.

The Badgers quarterback went down with an injury after Lifegate’s second score, and the Corpus Christi offense had trouble the rest of the game.

“He went down at end of the first quarter,” Stout said. “They didn’t have the experience at quarterback, so they started fumbling the ball and not running the right plays.”

Stouts plan to alternate quarterbacks didn’t come to fruition in the game, as Shelnutt and the offense were basically unstoppable.

“They were in the middle of the game and they just didn’t think about it. I wasn’t really focused on it either, I was just trying to get the next play and wasn’t focused on who was back there.”

Shelnutt hit Barson Schmidt with a big pass play to get it to first-and-goal, and Luke Landin got his first score of the night from four yards out to put Lifegate up 23-0 early in the second quarter.

Landin suffered an injury on the play and may be out a couple of weeks, Stout said.

“He tweaked his knee in the end zone on the play,” Stout said. “He crossed the goal line, got hit and when he planted he felt something pop in his knee.

“We think it’s mainly a sprain, so he’ll go to the doctor and get it checked out.”

The Badgers gave up the ball on downs deep in their own territory midway through the quarter, and Shelnutt made them pay again with a seven-yard run for the score and a 30-0 lead.

Schmidt had the biggest play of the night, scoring on 50-yard touchdown run on the first series after halftime to put the Falcons up 43-0.

“Barson had some good runs, he really stepped up and ran it for us,” Stout said.

Shelnutt hit David Brewer on a 13-yard scoring pass for the final score of the night, as the 45-point mercy rule went into effect and the game ended with over six minutes left in the third quarter.

The Falcons travel to Annapolis next Friday for a 7 p.m. kickoff.