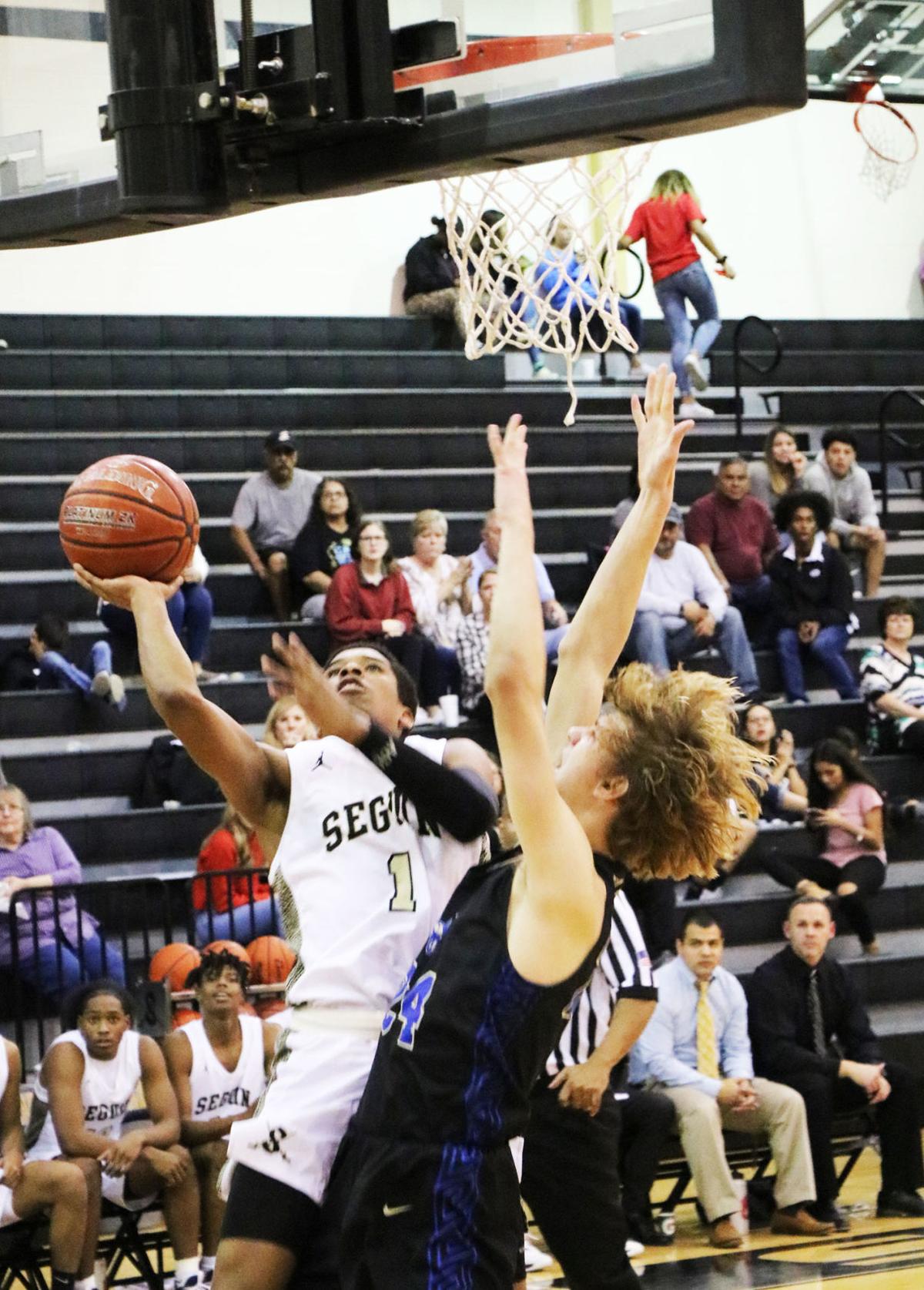 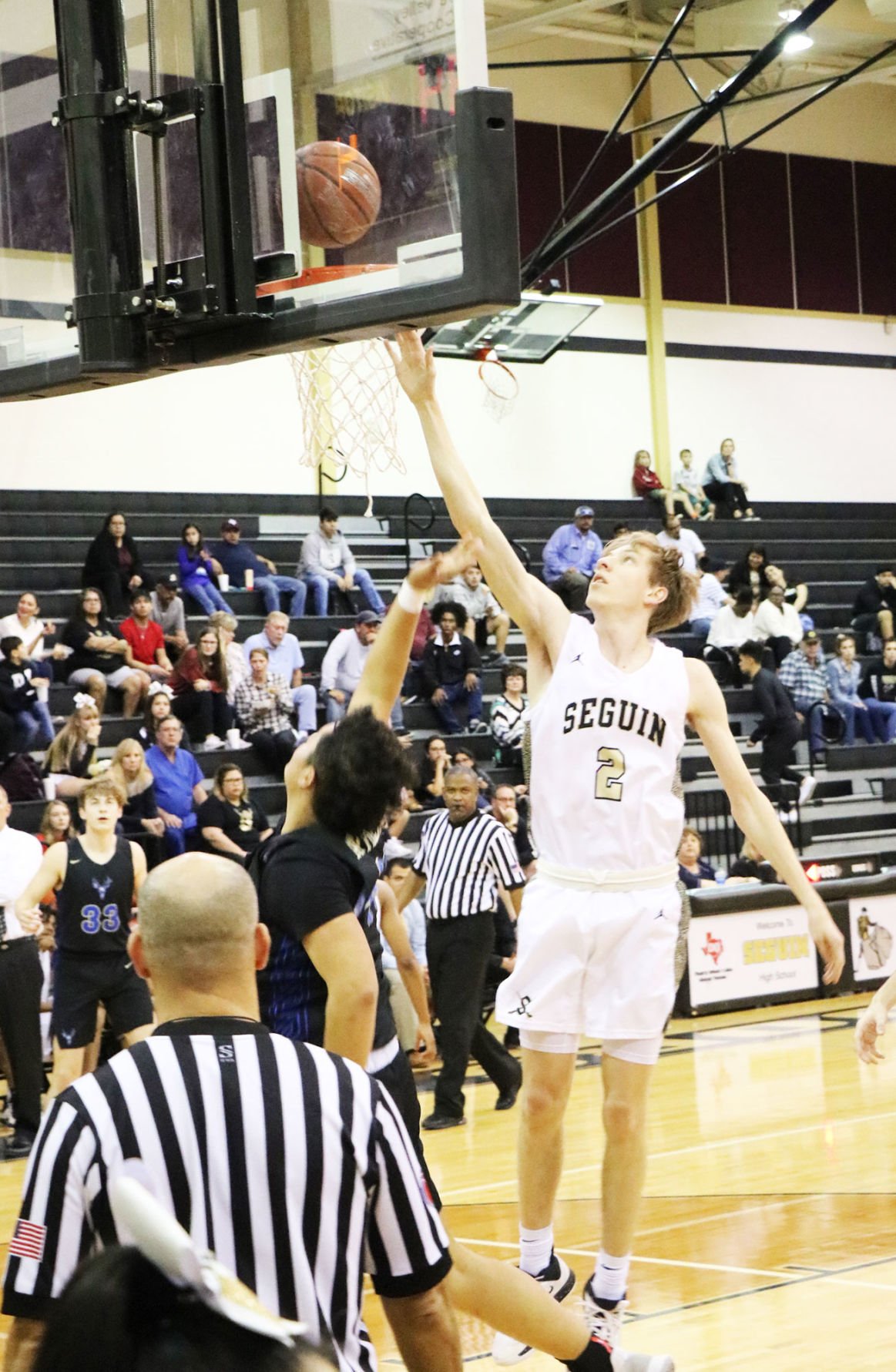 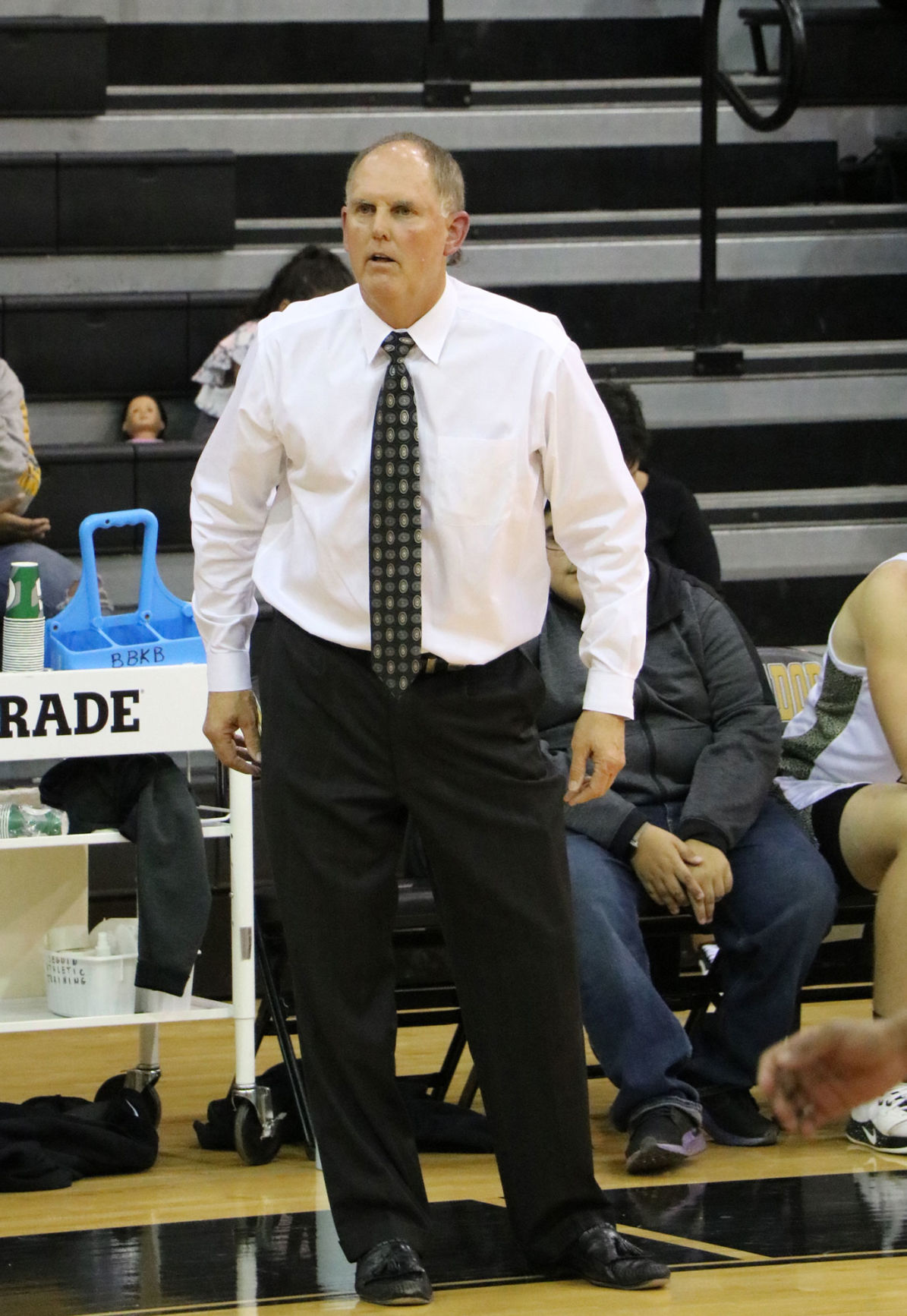 This game was huge.

The crowd knew it, the players knew it and the coaches knew it.

And when Seguin put the finishing touches on a 52-47 district win over Kerrville Tivy, the celebration rivaled that of a big playoff win.

The players celebrated with high fives and leaps into the air, the crowd erupted in appreciation, the coaches exchanged hugs and handshakes all around.

“It’s probably our biggest win in the last two years,” head coach Dwayne Gerlich said after the game. “It was a huge win against a perennial power, they were ranked 10th in the city (San Antonio) coming into today.”

The Matadors (4-3, 14-11 overall) needed the win to keep the momentum of a five-game winning streak (four straight in district) going, and to set themselves up for a run at the playoffs in 2020.

Seguin got it with some stellar defense in the fourth quarter, and with the offensive play of guard Chris James, who was basically unstoppable on his way to 27 points on the night.

“The biggest thing was the defense in the second half,” Gerlich said. “They had a seven-point lead on us and kind of did what they wanted to in their continuity offense.

“But we buckled down and shut some stuff down, didn’t let them run their offense proficiently. This got us right back in the thick of things — we’ll enjoy this one tonight and go back to work tomorrow.”

Seguin entered the fourth quarter trailing by six, 43-37, and had trailed by as many as 11 in the third period — before the defense and James got them back in it in the fourth.

Joseph Vela got it started with a steal and drive for a layup and three-point play to cut the lead to three at 43-40, before James went to work.

The Seguin guard scored the next seven points to give the Mats their first lead since the first quarter, 47-45.

The points came off isolation plays for him at the top of the key, with James going around and through the defense to get lay-ups at the rim.

Tivy tried three different defenders on him in the second half — to no avail.

“We made a few adjustments at halftime and ran some quick hitters, got a little screen here and there, and there’s nobody on their team that can stay with him,” Gerlich said. “He does a great job with his body and we talked to him about playing under control.

“He started jump-stopping, shot-faking and going up strong and it was huge.”

Gerrit Twitero got many of those possessions started with steals on the inside when Tivy had the ball, fronting the Antlers’ posts and denying the ball.

“It wasn’t just Chris,” Gerlich said. “It was on the defensive end. Twitero did an amazing job on their post in the fourth quarter, he was all over him.”

Seguin also used a trap to keep the ball out of Tivy’s Jackson Young’s hands, bringing an extra player to him every time he touched the ball in the second half, after he had made three deep three-pointers early in the contest.

“We wanted him to get rid of the ball, so every time he caught the ball we were all over him,” Gerlich said.

James made the bucket to put Seguin up by four with about a minute left, on yet another drive to the hole (instead of holding it to run the clock). He had the green light to drive from Gerlich on the play.

“I told him if we can get a layup to do it,” the coach said. “I’ll take a layup over two free throws any day. When it’s a two-point lead like that and there’s an open lane, there’s nobody that can stop him.”

James scored 11 points in a row for the Mats during the fourth quarter.

For the game, James finished with his 27 points to lead all scorers, while Twitero added eight, and R.J. Acuna and Vela chipped in with seven.

The Mats travel to Wagner on Friday night for the last game of the first half of the district schedule. Wagner beat Seguin at home in December.

The Seguin girls two-game win streak was snapped with a 58-37 loss at Tivy. Tresalyn Roberts had 12 and Kaitlyn Ranft and Reese Brittain added seven points apiece for the Lady Mats (2-7, 12-17 overall).

The Navarro boys followed that game with a 57-48 win over the Gobblers. The Panthers (3-1, 12-11 overall) got 17 from Ian Osborne and 12 from Cooper Guetzke as they built an 18-point lead going into the fourth and held on for the win.

The Marion girls fell to Lago Vista in a tight 57-54 loss to fall to 8-17 overall in a non-district game. Lizzie Abrameit (19 points), Sarah Cook (15) and Molly Rooke (12) all reached double figures in the loss.

The Lifegate Falcons got their third win of the season with a 64-30 victory over Town East. Quinten Shelnutt, Zach McCulloch and Barson Schmidt had 11 points each in the win that moved the Falcons to 3-5 on the year.

The Lifegate Lady Falcons got 22 from Madisyne Rice, 13 from Sarinna Skrzycki and 12 from Hannah Green as they beat Salem Sayers, 52-30.