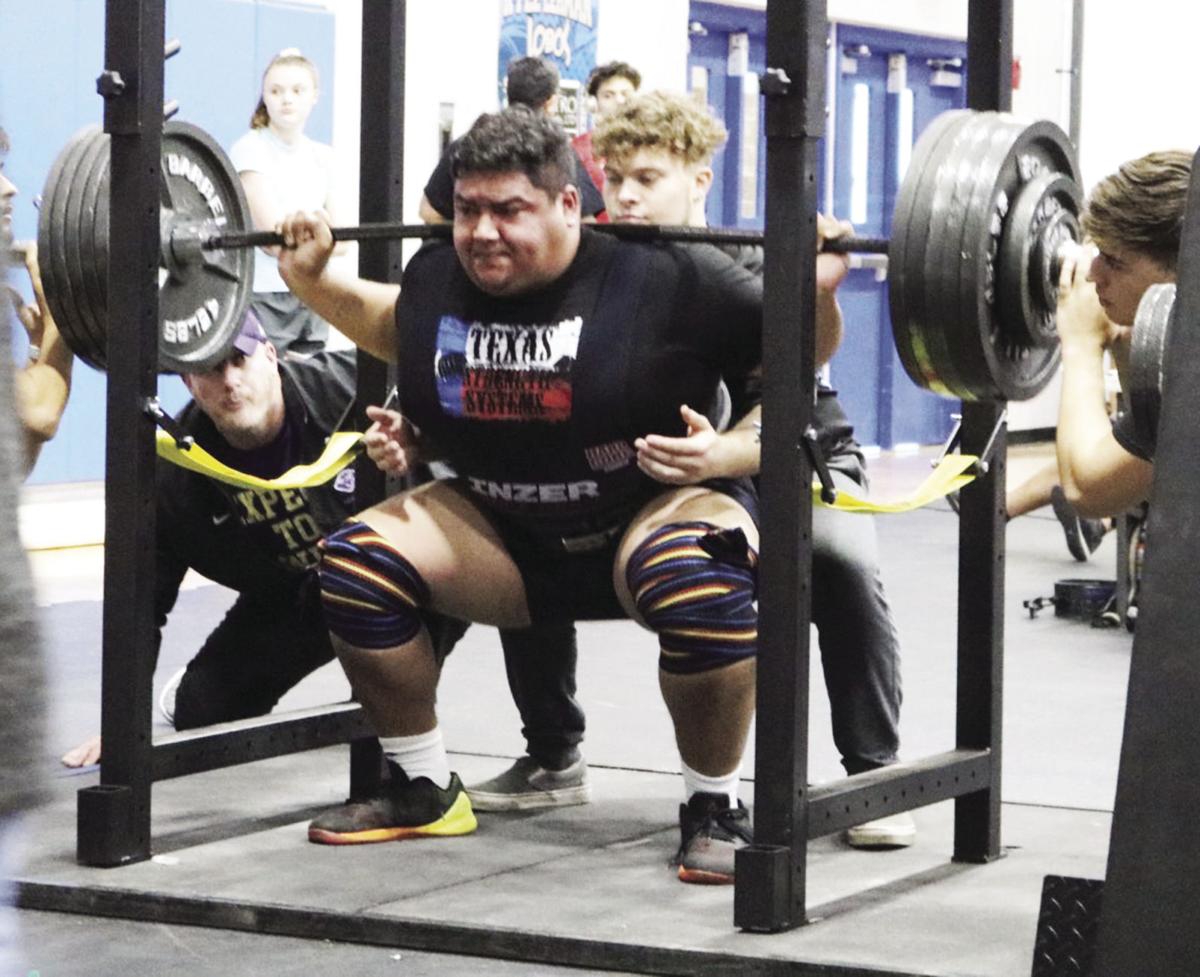 Navarro's Sergio Hernandez executes one of his lifts at the Navarro Invitational on Saturday, Jan. 25, 2020. Hernandez finished third in state in 2019, and won the squat at the meet with a lift of 660 pounds. 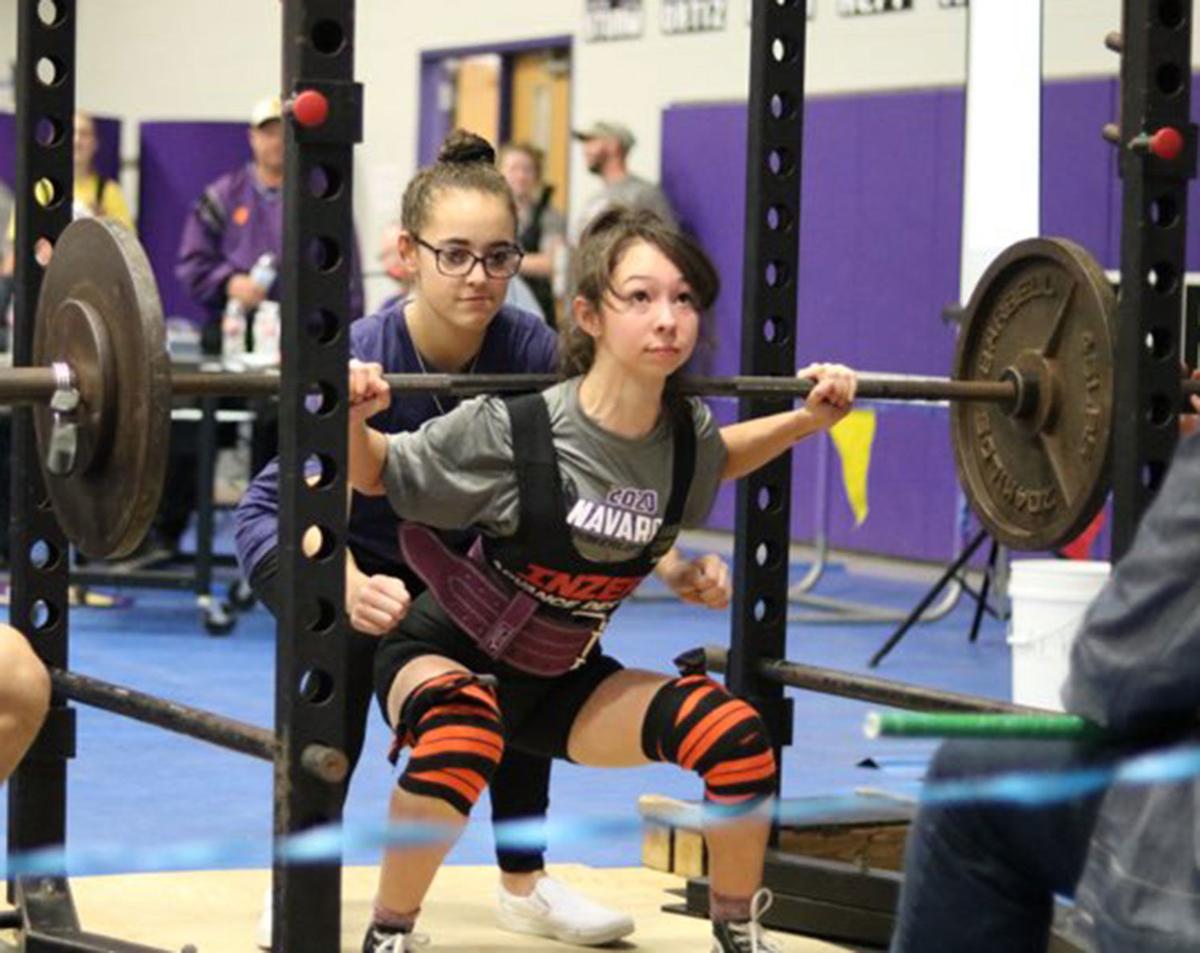 Navarro's Deandre Avalos set two school records at the Navarro Invitational on Saturday, Jan. 25, 2020. Avalos broke the record for her weight class in the bench press and the deadlift.

Navarro's Sergio Hernandez executes one of his lifts at the Navarro Invitational on Saturday, Jan. 25, 2020. Hernandez finished third in state in 2019, and won the squat at the meet with a lift of 660 pounds.

Navarro's Deandre Avalos set two school records at the Navarro Invitational on Saturday, Jan. 25, 2020. Avalos broke the record for her weight class in the bench press and the deadlift.

Big numbers and returning lifters have blessed coach Jeff Harvey and his Navarro powerlifting team at the start of the 2020 season.

The Panthers took their home meet, the Navarro Invitational, last weekend with several athletes winning individual lifts across the board.

“Our kids have worked extremely hard,” Harvey said. “Last year we had four lifters make it to state, and three of those lifters placed.

“That motivated the rest of the lifters that didn’t make it last year. From the get go the kids came in working hard, and understood what they needed to do to make it to the next level.”

The high finishes by lifters last year provided a big boost in numbers this season. The team has doubled in size from last year’s squad with two dozen coming out for this year’s team.

The Panthers had 11 lifters win in their weight classes for individual lifts, the bench press, squat and dead lift, with five of the girls setting seven new school records.

Deandre Avalos, at 97 pounds, bench pressed 105 pounds to set the record for her weight class, and also set a school record with a 175 pound deadlift.

“Bella’s one with a lot of promise,” Harvey said. “She could qualify for regionals as a freshman, which is tough to do.”

Lauren Robledo (198) set her school record while winning the bench press at 165 pounds.

Also winning in individual lifts for their weight classes were Kayla Deleon (181), with a 325-pound squat, and Brooke Carle (148) with a deadlift of 300 pounds.

“Kayla is one of our returning lifters, she medaled last year at state (4th), as a sophomore,” Harvey said. “She competed against juniors and seniors and outlifted them.”

The lifters must hit a specific number for the three lifts to qualify for regionals. Deleon, Avalos, Gosch, Carle and Menchaca were all within 20 or 40 pounds of hitting the qualifying weight.

“Several of the girls are close to that number, within 20 pounds or so,” Harvey said. “They will automatically go to regionals if they hit that qualifying number.”

On the boys side, the Panthers had five first place finishers.

Thomas was a regional qualifier last year and  returns as a senior this year. David Reyna (220) benched 375 pounds to win the event, and Cole Booker (242) and Sergio Hernandez (275) won their weight divisions with squats of 505 pounds and 660 pounds, respectively.

“Reyna was a regional medalist last year, but just missed qualifying for state,” Harvey said. “He’s very strong for his division.Booker has really come on strong. Last year he didn’t qualify for regionals and I think that made him mad. All his buddies made it, so he came in this year really motivated.”

Hernandez returns this year after a third place finish at state last year, as just a sophomore.

With the large numbers on the team and the returnees, Harvey is optimistic, but knows the sport can be fickle.

“You never know from meet to meet, or even from lift to lift,” he said. “They can struggle with one lift, and it effects their next one. It will be about the work they put in.”

The Panthers have four meets left to hit their qualifying weights for regionals.

“I’m hoping we get from six to seven boys and four to six girls that make it to the regional meet,” Harvey said.