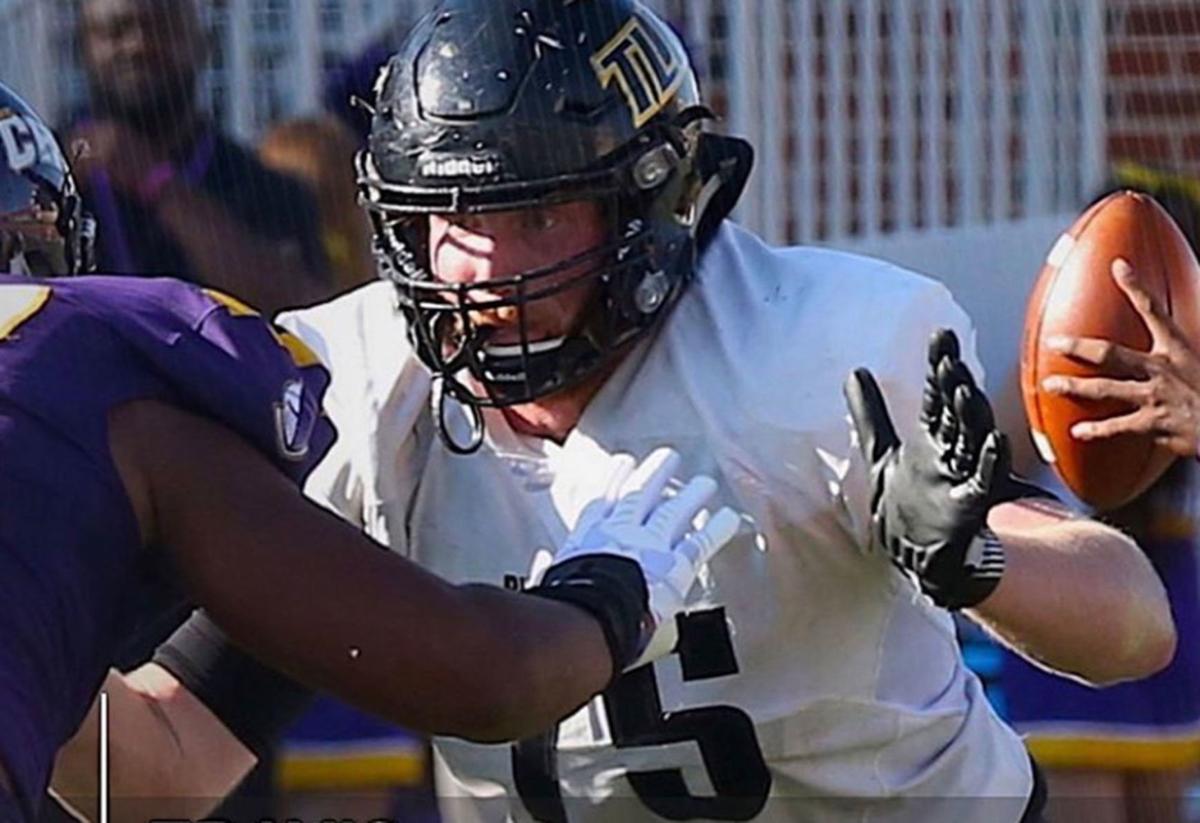 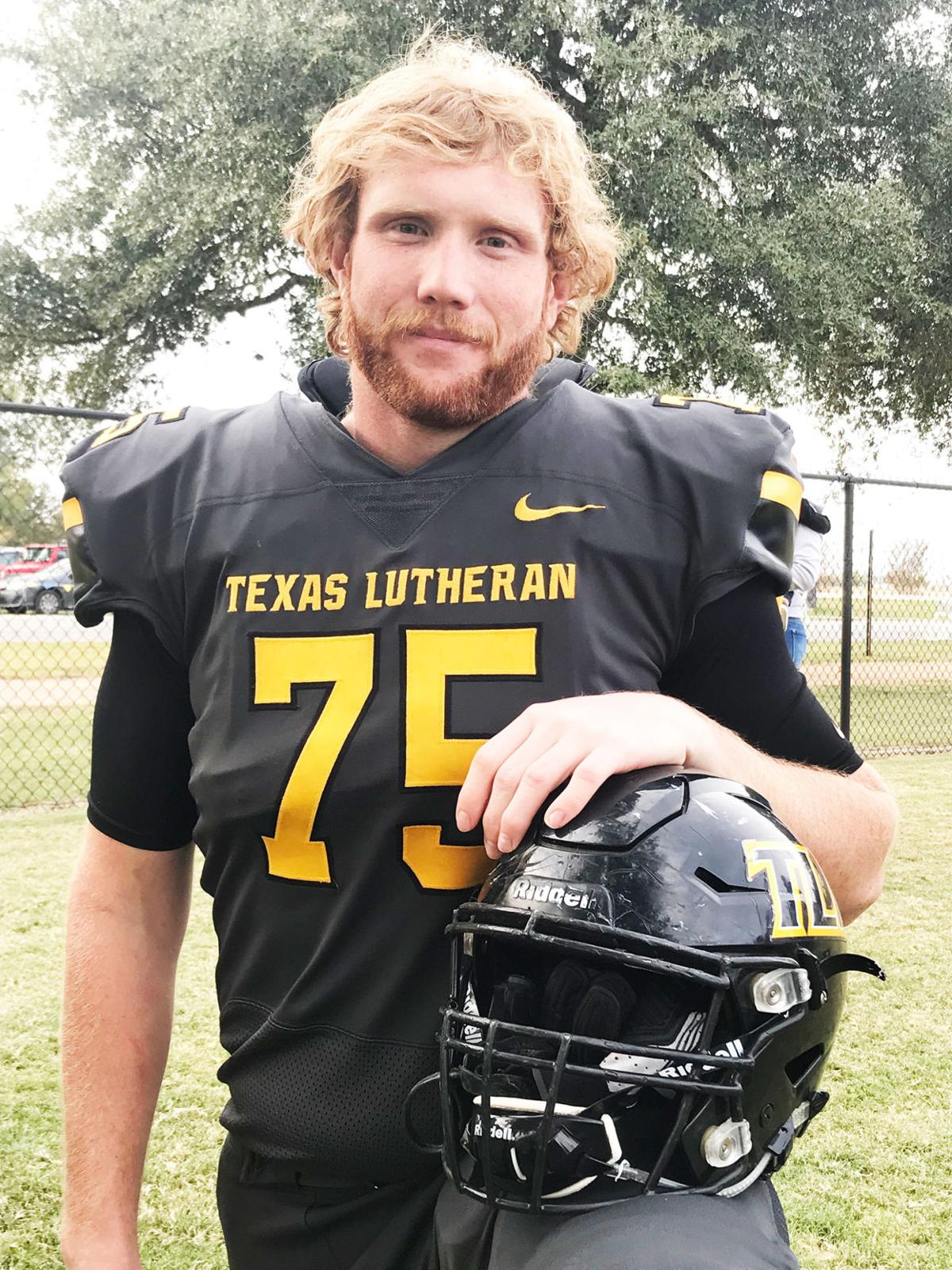 Travis York played for Seguin High School before playing four years at TLU, all of that time on the offensive lines at both schools.

Travis York played for Seguin High School before playing four years at TLU, all of that time on the offensive lines at both schools.

For most of his life, Seguin’s Travis York knew where he would be on Friday nights — and then Saturday afternoons.

On the football field.

York was a stalwart on the offensive line for Seguin High School, before moving on to play on the line at Texas Lutheran University.

He played his last game for the Bulldogs in November, wrapping up four years at the school with the best season in his career at the university.

“I feel good about it,” York, 21, said. “We had a great season and the guys I was playing with, my teammates, I wouldn’t want to go out with anybody else.

“We all worked so hard together and had a true brotherhood over there. The things we built with that program, they are going to continue to do well — the guys they have there and the coaching staff are phenomenal.”

The Bulldogs went 8-2 last season, quite the turnaround from York’s first season at the university, when the Bulldogs were 2-8. But despite a huge upset in October over Hardin-Simmons, which was ranked No. 6 in the country at the time, TLU did not get a bid to the NCAA Division III postseason.

“We thought we were going to get in, because beating Hardin-Simmons was a big deal,” York said. “It was disappointing, but at the same time, we felt real good about what we did there.

“Obviously we wanted to do more, to go further and try to win the whole thing. But we did the best we could, and I feel like as long as we did all we can do — at the end of the day, that is all you can do.”

Walking off the field after the Bulldogs beat McMurry in November, York realized it was probably his last time to play.

“We finished up with a victory, so that was great,” he said. “But it was definitely hard, we’ve been doing this since I was three or four years old. It’s difficult, but with the guys that we had in that locker room it was very special.

York played all his years of football in Seguin, from pee-wee all the way through college.

“It’s awesome, I think it helped me,” he said. “The good thing was I got to stay behind and see my brother (Hunter), he’s two years younger than me, so I got to watch him play his high school career.

“Seguin is a special place, some people don’t see it — but I do.”

The support of his parents throughout his football career was another bonus to playing in his hometown.

York also played baseball as a kid and through his time at Seguin High School.

“My dad (James) was always my coach, mainly for baseball throughout little league,” York said. “For him to see me grow as a player and a person, his support was always there.

“Everybody supported me, my grandparents went to the games, and I don’t think my mom and dad missed a single game in college. For baseball we would always to go to select tournaments, so we would make a trip out of that — we were always on the go.”

York could only recall a game or two that TLU played in Arkansas where his parents were not there — they were in the crowd at every other game he played.

Unlike many that play offensive line, York actually lost weight over his career at TLU.

“I was 330 pounds when I came in,” he said. “My last year I played at 250. My competition were big guys, but they were more speed rushers. I think I was able to move a lot faster when I started cutting down on my weight.”

The constant workouts and cutting back on some of his favorite foods and beverages led to the weight loss.

“We always worked out hard enough so I figured it was a diet thing,” he said. “I cut out the sweet tea — my mom can make some mean sweet tea.”

York plans on going into the business world, preferably in human resources, after graduating with his business management degree in December of last year.

But he’s keeping his options open for some football too — as a coach.

“I wouldn’t mind coaching, especially with the younger kids,” he said. “I would coach at the high school level and coach (Ricky) Matt has said I could always come coach at TLU.”

“That would be the way to go if I continue to be around sports.”