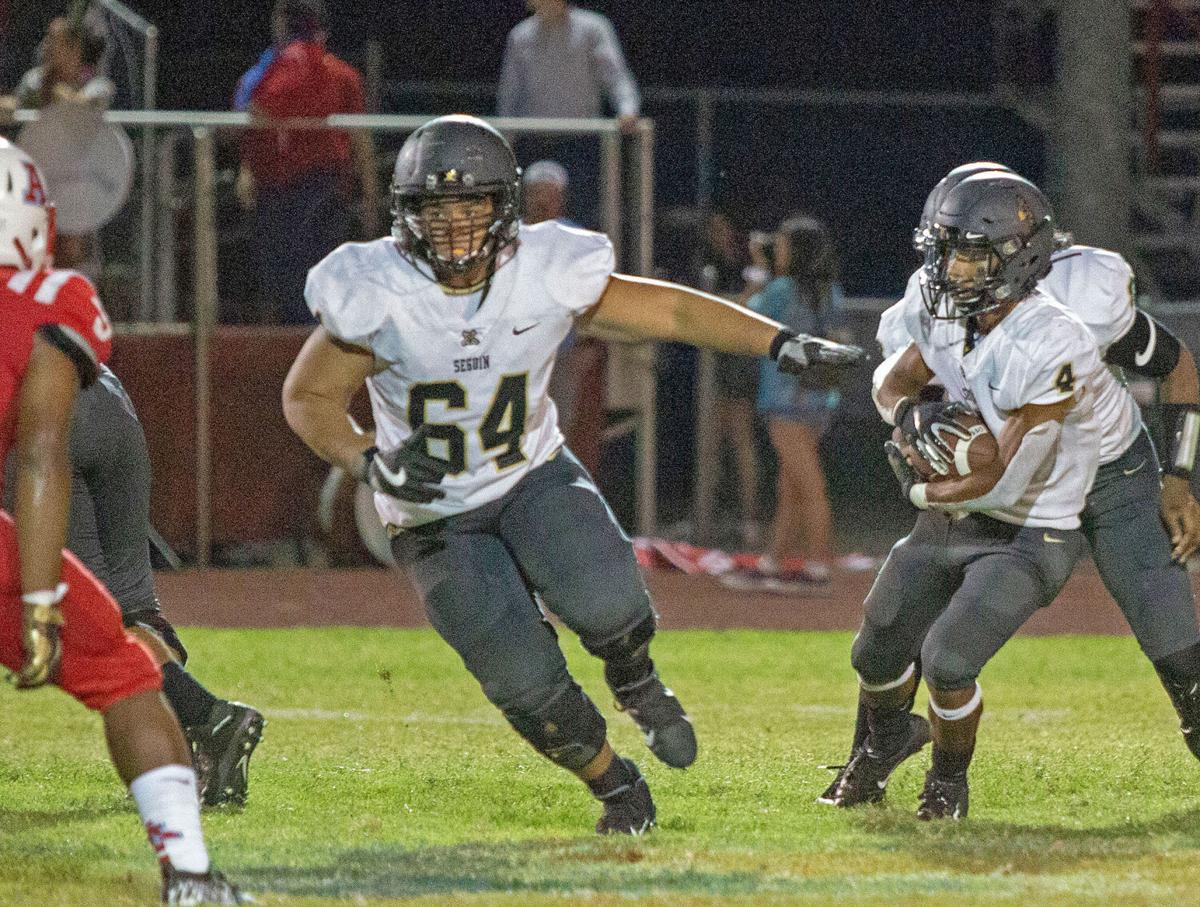 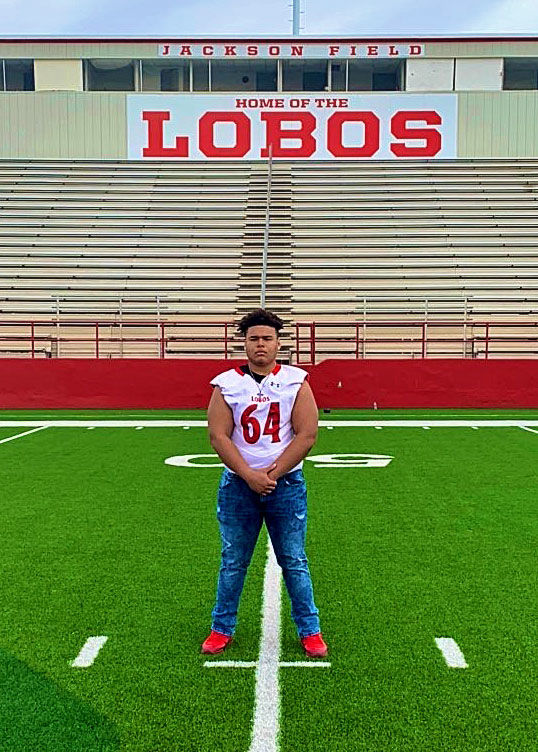 Tracy Wilson poses for a photo on the Sul Ross football field where he plans to play football in the fall.

Tracy Wilson poses for a photo on the Sul Ross football field where he plans to play football in the fall.

Seguin High School senior Tracy Wilson made his presence known on the Matadors’ offensive line as a guard.

Now, he’s hoping to do the same for the Sul Ross State University Lobos this fall.

Wilson recently signed his letter of intent to play for the Division III college in Alpine.

“After I took the visit up there, I found that the campus was very nice,” he said. “The coaching staff, I really liked and the players, we really connected. That played a big role in my decision to commit over there.”

Since Wilson was young, he dreamt of making a career out of football, and law enforcement. His commitment to Sul Ross will help him take steps in that direction, as he intends to play football while majoring in criminal justice, Wilson said.

“I just love the sport,” he said. “I’ve dreamt of playing in the NFL. If that doesn’t work, I’ll try for semi-pro.”

Wilson started for the Matadors his junior and senior years as an offensive guard.

“He is one who has gone through our program all the way through,” Seguin head football coach Travis Bush said. “You look at him and you don’t think he’s an offensive lineman. He’s very undersized. He probably always has been the smallest guy up front, and you probably look at him and think there is no way he can compete at the 5A level, but that just shows you his work ethic, his determination and his passion.”

Bush described Wilson as a silent, yet strong leader.

“All he did was show up every day and compete to be the best that he can,” he said.

That work ethic helped drive him to earn his spot on the front line, Bush said.

“We’ve been very productive offensively for the past couple of years and he’s played a huge role being a starting guard for us the past two years, getting us back in the playoffs,” the coach said.

Making the move to college can be challenging, but Bush expects Wilson will put in the work there, just as he did here.

“It will be interesting, and I’m curious and excited to see how he does,” he said. “He’ll find a way. He’ll compete, and he’ll be the smallest guy, just like he was here. But, with his competitiveness, his toughness, his work ethic he’ll find a spot on the field.”

Wilson said he is appreciative of Seguin’s coaching staff and his team.

“They played a big role in helping me get to where I am today. We built a bond with each other that can’t be broken,” he said. “Big thanks to them, and the Seguin community.