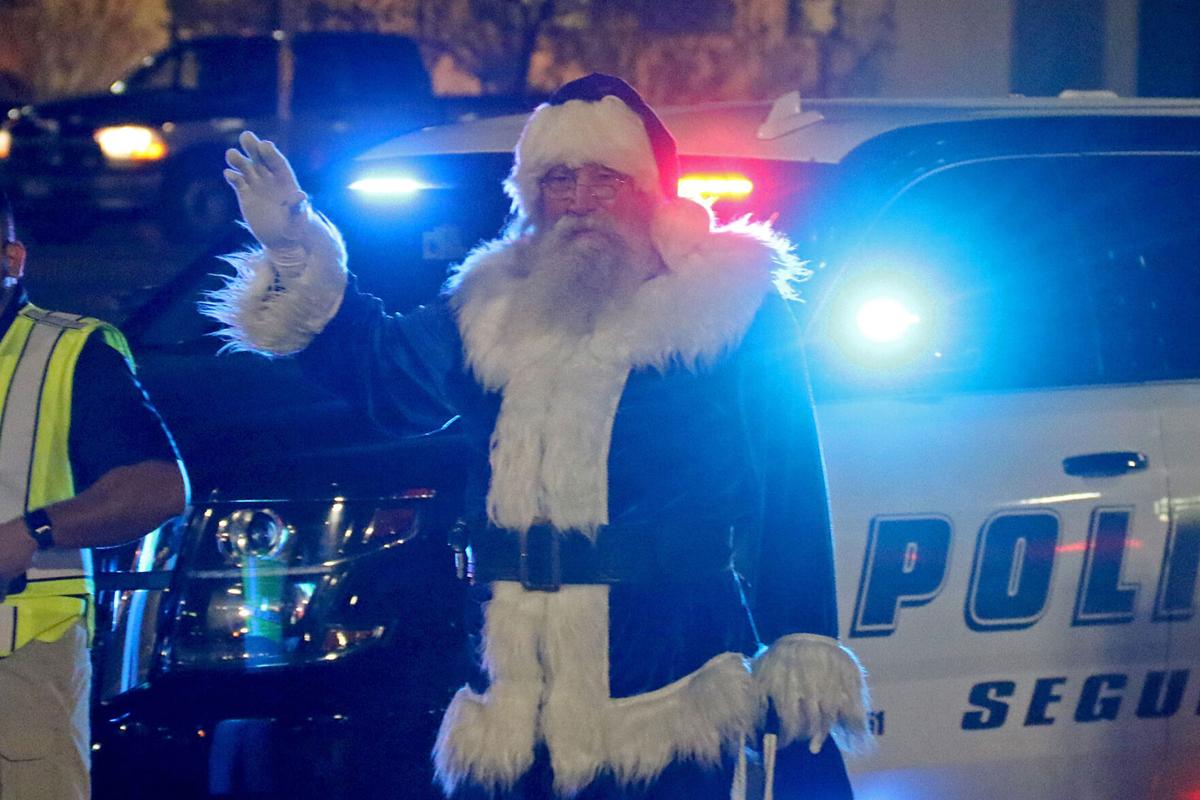 Blue Santa (Randy Burnsides) waves to children while collecting donations during a Toy Drive on Monday, Dec. 9, 2019, at H-E-B. 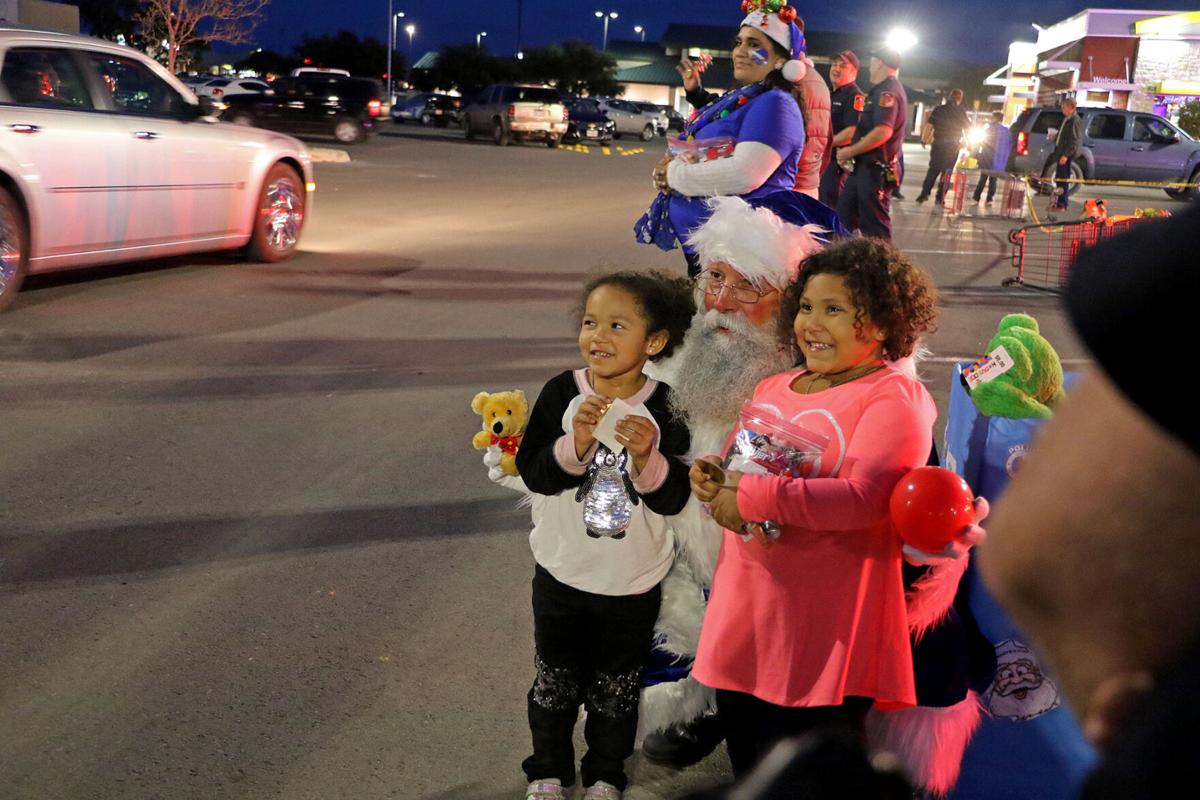 Blue Santa poses for a photo with a couple of children after they made a donation to the Blue Santa Toy Drive on Monday, Dec. 11, 2017 at H-E-B. 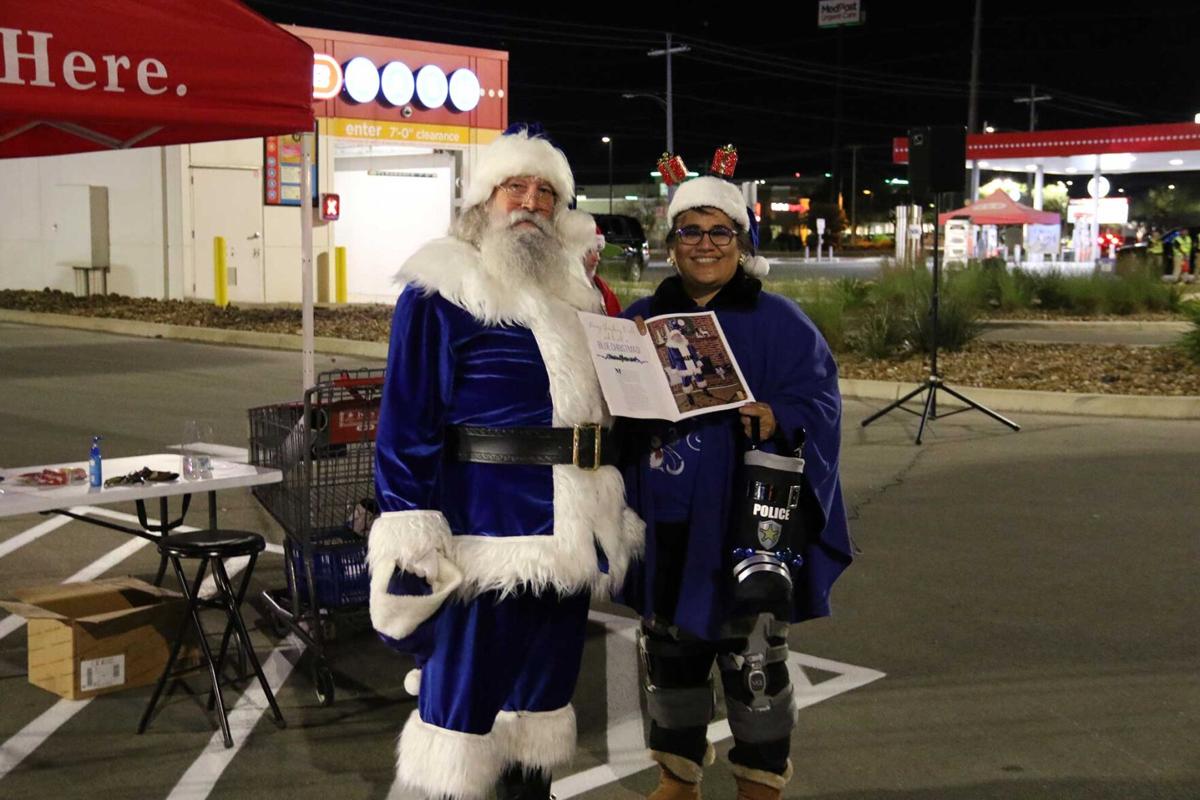 Blue Santa (Randy Burnsides) waves to children while collecting donations during a Toy Drive on Monday, Dec. 9, 2019, at H-E-B.

Blue Santa poses for a photo with a couple of children after they made a donation to the Blue Santa Toy Drive on Monday, Dec. 11, 2017 at H-E-B.

The town is a little bit more blue as the man who donned the Blue Santa suit died last week.

Randy Burnsides, who served as a longtime volunteer for the Seguin Police Department’s D.A.R.E. Program, died Saturday, Jan. 8 from COVID complications, according to his family.

“The Seguin Police Department is very saddened and shocked to hear of his passing,” Seguin Police Lt. Mike McCann said. “He was a very special person. Seguin has truly lost a very valuable member of our community. We want to keep him and his family in our thoughts and prayers.”

The news of Burnsides death shook members of the Seguin Police Department, as well as former D.A.R.E. Officer Hope Vasquez.

Burnsides was a member of the military police in the U.S. Army, where he rose to the rank of sergeant first class, McCann said.

“His volunteer service through the Seguin Police Department was a continuation of his service to our country,” he said. “And we thank him for all of his service.”

Burnsides had a special place in his heart for both law enforcement and the military, Vasquez said.

“He was in the Army. That is why he had a special place in his heart for the American Legion and he was a lawman,” she said. “He continued to protect and serve, even after his military duties. He served so many people. So many people knew him and loved him.”

In 2004, Burnsides and his wife, Colleena “Nina” Burnsides, participated in the Seguin Citizens Police Academy, which sparked their volunteerism within the department, McCann said.

In the almost 18 years of volunteering, Randy most notably will be remembered for his service as the man in the big blue suit, a role he took very seriously, McCann said.

“Randy is very devoted to the children of Seguin and the surrounding communities,” he said. “He always had a big smile on his face every time he put on the Blue Santa suit. When we were out talking, as soon as a child would walk up and want to see Santa, Randy’s entire demeanor changed, the look on his face changed, his voice changed, and he would get this big smile. He became Santa. It really meant a lot to him.”

Anytime Vasquez or the department needed help, Randy and Nina were always there, the former D.A.R.E. officer said.

“They were my number one volunteers,” she said. “They were with me through thick and thin, every project, they were there. Anything for the children, he was there for.”

Seguin Police Traffic Officer Willie Ybarra, who served as the department’s D.A.R.E. officer for a time, said Randy and Nina were always the first to volunteer.

“He and Nina were very instrumental in helping me get through a lot of projects, and special events I was doing,” he said. “He was just a hard working person, always there when you needed him, any time of the day.”

Ybarra, who shared the role as Blue Santa with Randy, said the news of Randy’s death was staggering.

“It is a shock. I couldn’t believe it,” he said. “He was just a nice guy, all around. I will miss him tremendously.”

Randy loved kids and did anything he could to ensure they had a good Christmas, said Reno Reiley, of the American Legion Post 245.

“He is an outgoing person. He loves kids and he loved playing Blue Santa,” Reiley said. “I don’t know how many years, six or seven, we (the American Legion Post 245 riders) hosted a toy drive and he would come over there and hang out with us, helping collect toys and funds for the Blue Santa program. He was just a nice person.”

Randy was proud of his role as Blue Santa, growing his beard to look the part, and sporting the magnets on his pickup truck that designated when he was on “Official Blue Santa” business, Vasquez said.

While he loved his role as Blue Santa, he treasured his titles as husband, father and grandfather, Vasquez said.

“I loved the man. I will always love him and Nina, too,” she said. “I am here for his girls and I’m here for Nina.”

While reeling from the shock of losing their father and faced with arranging his funeral, the Burnsides family is facing another challenge, as Nina is in ICU fighting for her life against COVID, according to a GoFundMe page their daughters created. The family is seeking help to pay for funeral costs and medical bills. To assist the Burnsides family, visit bit.ly/3nrwhS6